The number of homes available to buy in Ireland is at its highest point in two years.

The number of homes available to buy in Ireland is at its highest point in two years, according to the latest Daft House Prices report.

The latest Daft report shows that house prices remained relatively stable in the third quarter of the year – increasing by just 0.1% on the previous quarter.

Due to the increases recorded in previous quarters, year-on-year inflation remains high at 7.7% - down from 9.2% in the last report.

The report notes that there were 15,500 properties listed for sale on Daft.ie in September – up 22% on the same date last year.

It is the highest number recorded in almost two years.

Dublin has seen the highest increase in availability – with 30% more properties on the market than there was last year.

Leinster as a whole has seen a 40% increase, with 15% more in Connacht-Ulster and 8% more in Munster. 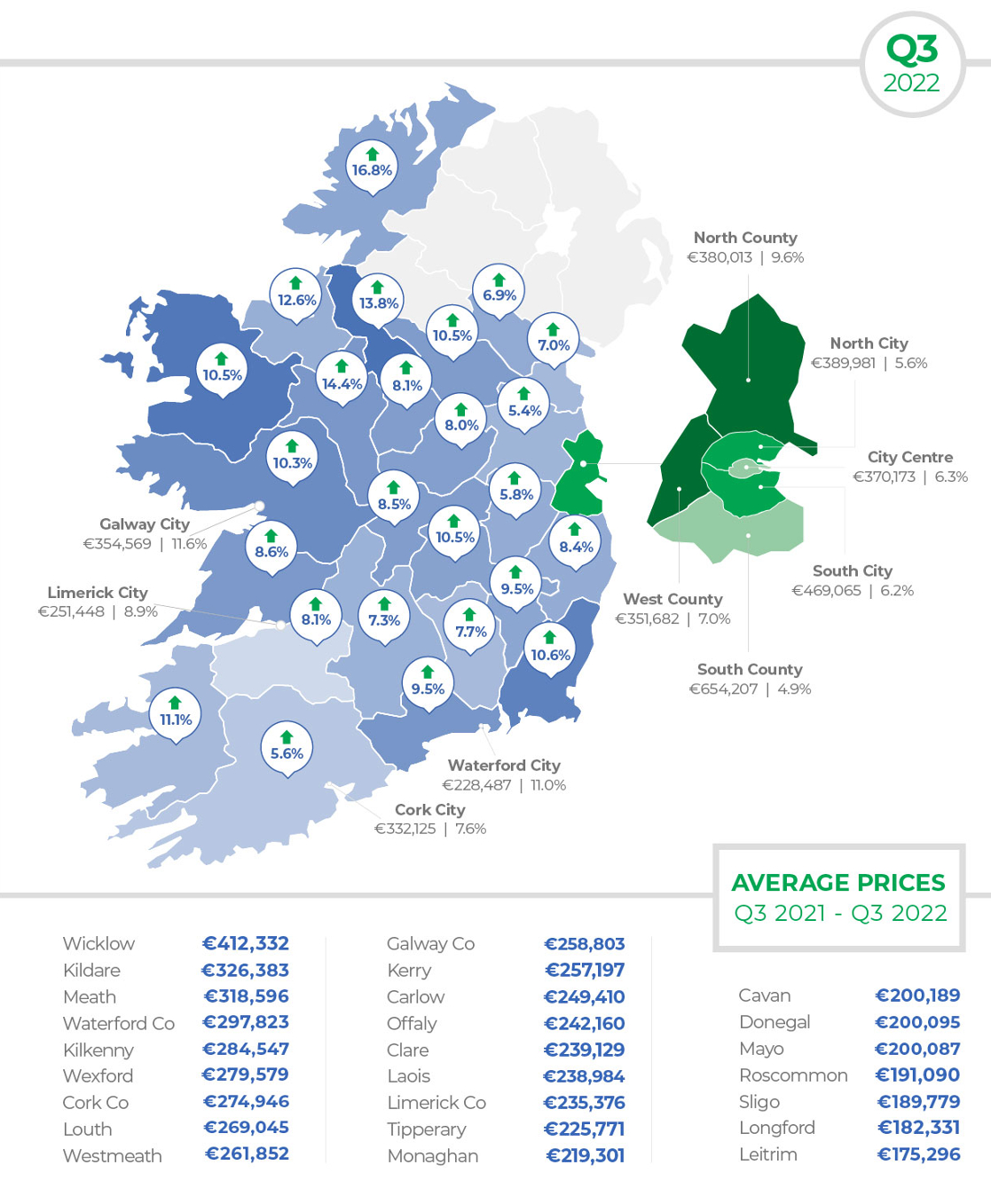 The average price of a home nationally was just over €311,500 in the third quarter.

“If we look at the external environment and look at what is happening in the economy, there is significantly higher inflation feeding through to interest rates,” he said.

“That weighs down on consumer sentiment and when we look and ask people what they think is going to happen over the next 12 months as a way of capturing the strength of demand, people are more cautious now than they were say six or 12 months ago."