The number of coronavirus patients in hospital has fallen to its lowest level in over seven month...

The number of coronavirus patients in hospital has fallen to its lowest level in over seven months.

There were 122 COVID-19 patients in Irish hospitals last night, the lowest figure since October 2nd.

Meanwhile, there were 37 COVID-19 patients in intensive care last night, the lowest count this year.

However, daily cases numbers remain high and the five-day moving average has risen 7.5% over the past week. 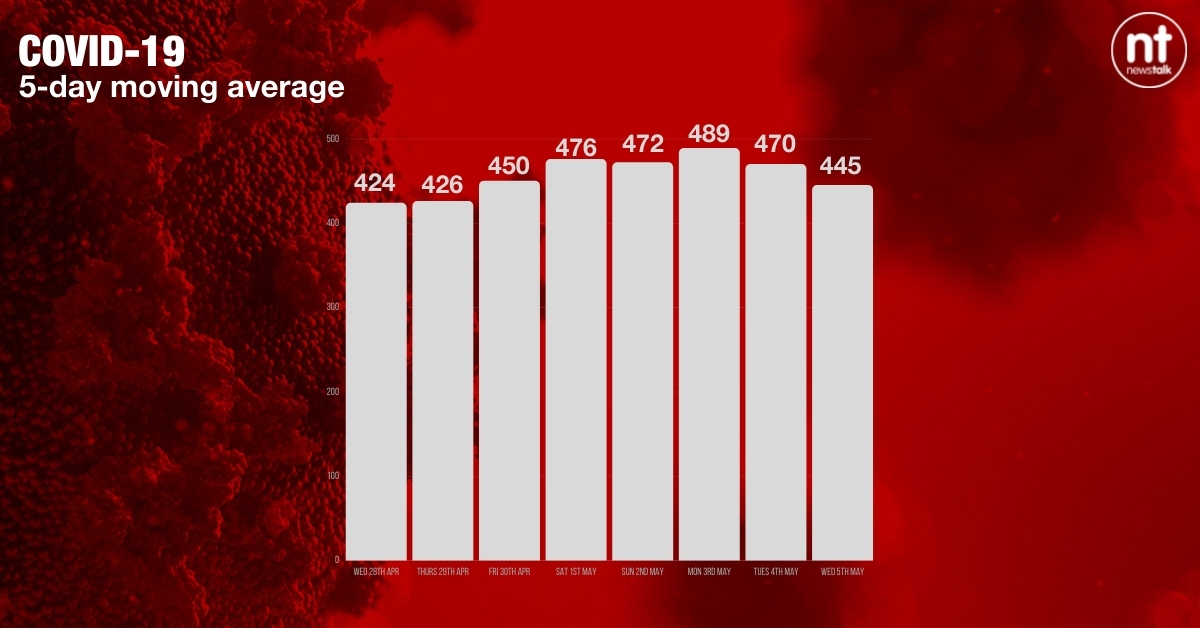 The World Health Organisation special envoy on COVID-19 Dr David Nabarro is warning of a potential spike in cases as restrictions ease next week.

“I’ve got a graph in front of me showing what happened in India and countries in that region,” he said.

“They were super-low around February and then suddenly they got the most incredible spike in disease.

“Watch that because that could happen to us if we are not careful. So, I would like to just align myself with all of those in Ireland who are saying we have to do even better in the coming weeks.”

It comes as the Taoiseach insists the country remains 'on track' for the widespread easing of restrictions in the coming weeks.

The ban on inter-country travel is set to be lifted next Monday, with hairdressers and click and collect shops returning.

Micheál Martin also told his Parliamentary Party meeting last night that he wants to restore international travel as soon as it's safe.

“If restrictions ease and people start mingling and they don’t pay attention to the physical distancing requirements then there is a likelihood that the cases will pick up, that we will get a surge and then we will get what is called the fourth wave,” he said.

“The fact that something very unpleasant is happening in South Asia right now is a real reminder to us because the numbers were very, very low, they thought the problem had gone away and now they have been hit and have been hit badly.”

As of Sunday, 1,621,870 vaccine doses had been administered in Ireland.

HSE Chief Paul Reid has said the country is on target to administer between 220,000 and 240,000 dose this week alone.