The lives of people in Northern Ireland are being ''put on hold'' because of the delays of one pa...

The lives of people in Northern Ireland are being ''put on hold'' because of the delays of one party.

That is according to Sinn Fein Vice President who was speaking at the party's Ard Fheis in Dublin's RDS today.

The Northern Ireland Assembly, cost of living crisis and housing featured high on the agenda.

First Minister Designate Michelle O'Neill said that the DUP is blocking progress on the big issues.

"What we all want to see now is a deal to be done to make the Protocol work better", said Ms O'Neill.

"For the avoidance of doubt, neither the Assembly or the Executive has any mandate or role in those negotiations." 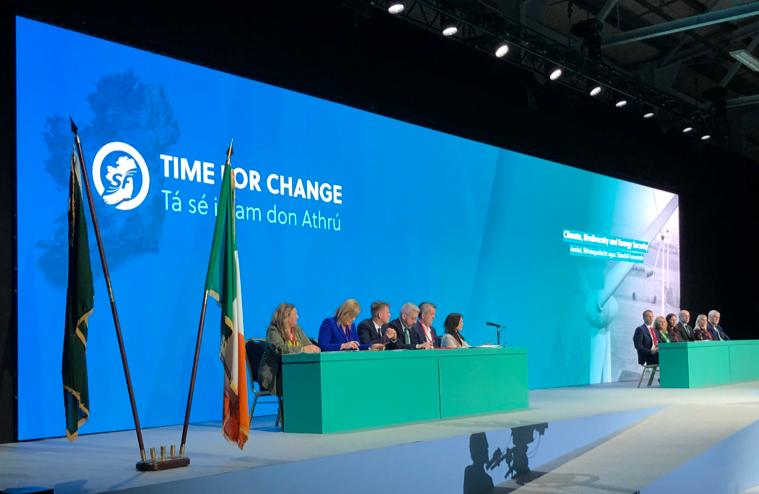 Sinn Féin politicians at the Ard Fheis in the RDS. Photo by: JJ Clarke

O'Neill also said that the DUP's unwillingness to share power is "reckless" and "needlessly polarises our society".

"To hold back power sharing in the meantime is simply just to punish the public."

"We all live together. Our battles are all the same."

"We have so much more in common than divides us, so reaching out the hand of friendship to advance reconciliation is always going to be our common ground."

Sinn Féin leader Mary Lou McDonald echoed the sentiments, calling on the UK government to set out a clear plan for talks on the Northern Ireland Protocol.

"What needs to happen is political unionism, particularly the DUP to step up to the responsibilities and the opportunities of power sharing", she said.

"It' s outrageous that communities, families, workers and businesses have been left without a government, left in stalemate."