It has been confirmed almost all 1,300 jobs at manufacturing company Wrightbus have been lost in ...

It has been confirmed almost all 1,300 jobs at manufacturing company Wrightbus have been lost in Co Antrim.

Deloitte has been appointed administrator and says only 50 positions will be retained in Ballymena, as it explores which options can be explored.

It is a major blow for the town, which has seen thousands of job losses in recent years with other factories closing.

Wrightbus is one of Northern Ireland's big exporters, and had been seeking new investment amid financial losses.

DUP MP Ian Paisley suggested earlier administration of the firm was an "inevitability".

He told BBC's Good Morning Ulster: "Essentially from this point the administrator has a week to find a buyer.

"The administrator will need to find someone of calibre and of real standing who has the wherewithal and the skill to take this company on." 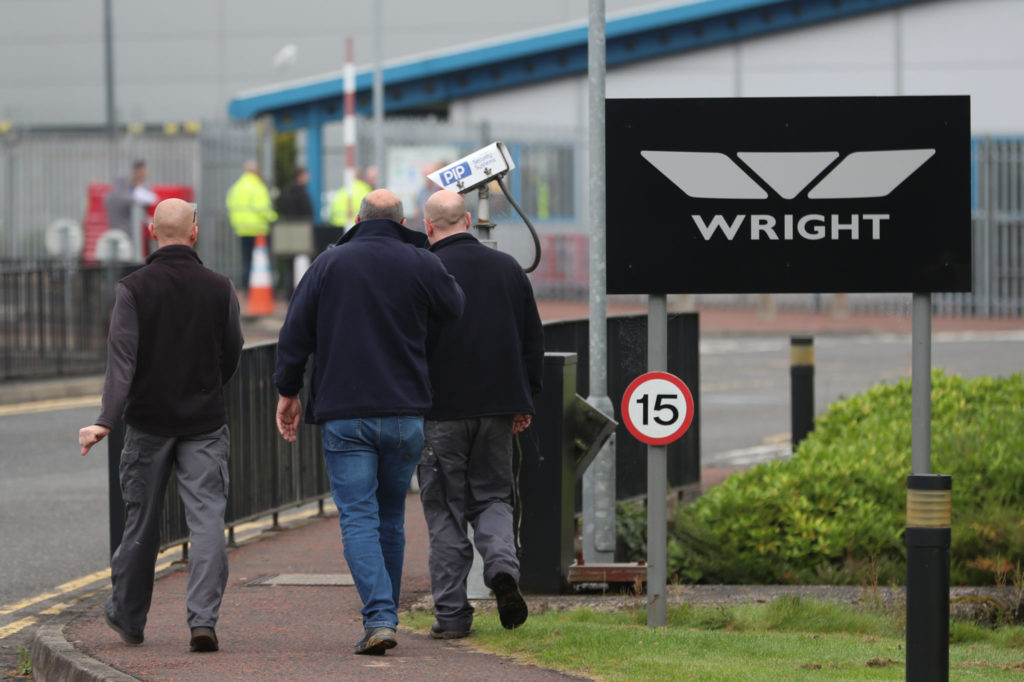 He added the situation was a "real tragedy" for employees, as well as hundreds of others along the firm's supply chain.

They were widely known as the 'Boris bus', as they were a flagship project for Boris Johnson during his term as London mayor.

In July, the Ballymena-based company confirmed Deloitte was working with it "to explore the potential of bringing on board an investor".

Workers wheeled their own tools out of the factory gates on Wednesday morning after the announcement.

One worker said: "Very somber, Wrights [is] a very close knit company and a lot of people [are] there a long time.

"So a lot of good friendships and relationships coming to and an end - so it's a sad day".

Main image: File photo dated 29/02/16 of Boris Johnson during a visit to the Wrightbus Chassis plant in Antrim, Northern Ireland, during his tenure as Mayor of London. Picture by: Niall Carson/PA Wire/PA Images