There will be no permanent Garda checkpoints on the Border after the Brexit deadline passes tomor...

There will be no permanent Garda checkpoints on the Border after the Brexit deadline passes tomorrow night.

However, the force says there will be more patrols and "roving checkpoints" in border counties.

According to the Gardaí, the number of officers in the region have increased by a fifth since 2016.

Garda spokesman Liam Geraghty says border communities will notice a difference in the weeks ahead.

He said: "People living along the approximately 500 kilometres of the border will see an increased Garda presence over the coming days.

"Members of An Garda Síochána will not be posted at the border, will not be manning permanent checkpoints or guarding infrastructure.

It comes as British MPs have overwhelmingly approved the UK's post-Brexit trade deal which was agreed with the EU.

They were brought back from their Christmas break to debate and vote on it this afternoon.

The House of Commons backed the agreement, struck between British Prime Minister Boris Johnson and the EU on Christmas Eve, by 521 votes to 73 - a majority of 448.

The UK government is hoping it will pass through all of its required parliamentary stages in a single day today, and therefore, it will be fully ratified ahead of the end of the Brexit transition period at 11pm on New Year's Eve.

The documents had been flown to London after being signed by European Council President Charles Michel and European Commission President Ursula von der Leyen in Brussels this morning. 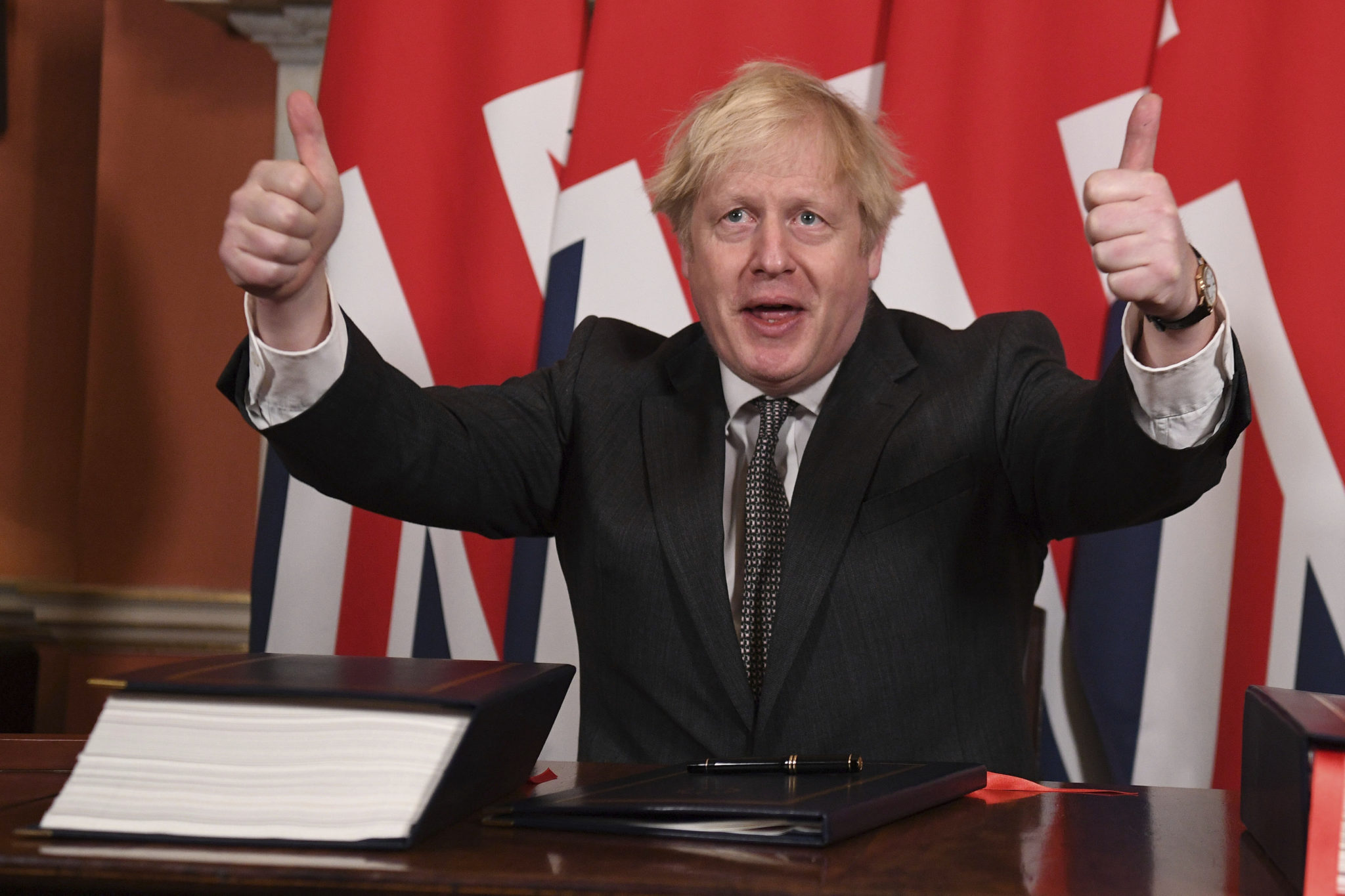 The DUP voted against the deal after reiterating their anger at the post-Brexit arrangements for the Irish border - known as the Northern Ireland Protocol - that Mr Johnson signed up to with the EU last year.

"We are people who believe that the United Kingdom should leave, should leave as a whole, and that is not happening," said DUP MP Sammy Wilson.

Speaking on The Hard Shoulder this evening, the political editor of the Financial Times said the UK now appears to be a more lonely country on the global stage.

George Parker added that Boris Johnson sees the deal as "a moment of renewal for the UK" which allows it to be an independent country.

He said: "He [Boris Johnson] sees this as a moment of liberation for the UK and a moment in which Britain can reassert its sovereignty in the world."

Main image: An articulated lorry crosses the Irish-UK border near the town of Newry in February 2017. Picture by: Mariusz Smiejek/DPA/PA Images