The Labour Party in Britain has narrowly won a by-election seat in south-east England, denying Ni...

The Labour Party in Britain has narrowly won a by-election seat in south-east England, denying Nigel Farage's Brexit Party a first seat in parliament there.

Lisa Forbes won the Peterborough seat with 10,484 votes, ahead of the Brexit Party's Mike Greene - who had 9,801 votes.

Conservative candidate Paul Bristow finished third with 7,243 votes, with the Liberal Democrats fourth and the Greens in fifth.

It is seen as a disappointing result for Mr Farage's party, given 60% of voters in the area backed Brexit in the 2016 referendum.

But the victory is a welcome boost for Labour and leader Jeremy Corbyn, particularly off the back of a disappointing showing in last month's EU elections.

In her victory speech, Ms Forbes said her party's triumph over the Brexit Party "shows that the politics of division will not win".

Ms Forbes faced controversy in the week before polling day over a Facebook post she "liked" which said British Prime Minister Theresa May had a "Zionist slave masters agenda".

She told The Sunday Times she apologised "wholeheartedly for not calling out these posts" and that she had liked the video attached to the post, "not the views expressed in the accompanying text". 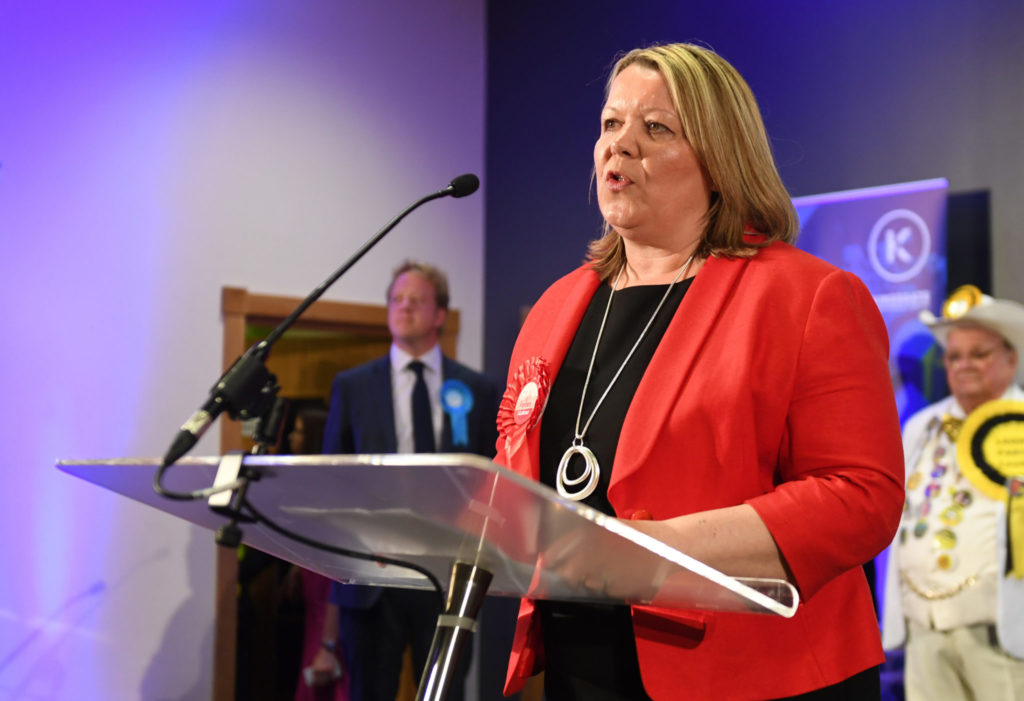 She said she would "deepen" her "understanding of antisemitism so I can act as an ally, challenging it wherever it occurs".

Mr Corbyn said voters had "shown clear support for Labour's programme to end austerity and invest in services and communities", adding: "This result shows that in spite of the divisions and deadlock over Brexit, when it comes to a vote on the issues that directly affect people's lives, Labour's case for real change has strong support across the country."

Reacting to his defeat, Mr Greene said: "Two parties have been ruling this country for decades.

"That's not happening anymore. We were ahead of the Tories, we were a little bit behind - only 680 votes - behind Labour."

He added: "We've learnt a lot. Let's see what the government does. Not just the Tory party, but the 500 MPs that promised to deliver Brexit and didn't, see what they do for 31 October [the new Brexit deadline], see when the next general election is.

The by-election was sparked by the first ever successful recall petition against a sitting MP.

Fiona Onasanya was removed by her constituents following her conviction for perverting the course of justice after lying about a speeding offence.