'The Brexit Party' is hoping to run candidates in the upcoming European Parliament elections.

Mr Farage announced the first candidates of the newly-formed group - with Annunziata Rees-Mogg, journalist and sister of Conservative backbench MP Jacob Rees-Mogg, standing for the party.

Its chairman was unveiled as businessman and entrepreneur Richard Tice.

Ms Rees-Mogg said: "I joined the Conservative Party in 1984 and this is not a decision I have made lightly - to leave a party for which I have fought at every election since 1987, from Maggie Thatcher through to Theresa May.

"I know which one I'd rather have representing us now. We've got to rescue our democracy."

Mr Tice said: "We know this country deserves so much better. That is why the Brexit Party is going to do things differently.

"If we carry on under this leadership we will be here on Halloween night writing another begging letter. It must stop.

"There's a huge movement ladies and gentlemen. This is a time to change politics for good."

The party is rerunning with a slogan claiming 'Democracy is under threat, join us to start the fightback.'

In a video posted online, Mr Farage claimed: "We have been betrayed, that is why I set up the Brexit Party - it's why we're going to fight the European elections on May the 23rd".

"We can do so much better than currently we're getting from our members of parliament.

"We want to be an independent, self-governing nation - making its own laws, controlling its own borders".

Mr Farage has stood in seven UK national elections and lost every time. He has been a member of the European Parliament since 1999.

He stepped down as UKIP leader shortly after the Brexit referendum passed in 2016.

The campaign launch came on the day the UK was set to leave the EU without a deal - but a last minute second extension to the Article 50 date was granted by EU leaders this week.

It means the UK will have to hold the European Parliament elections. 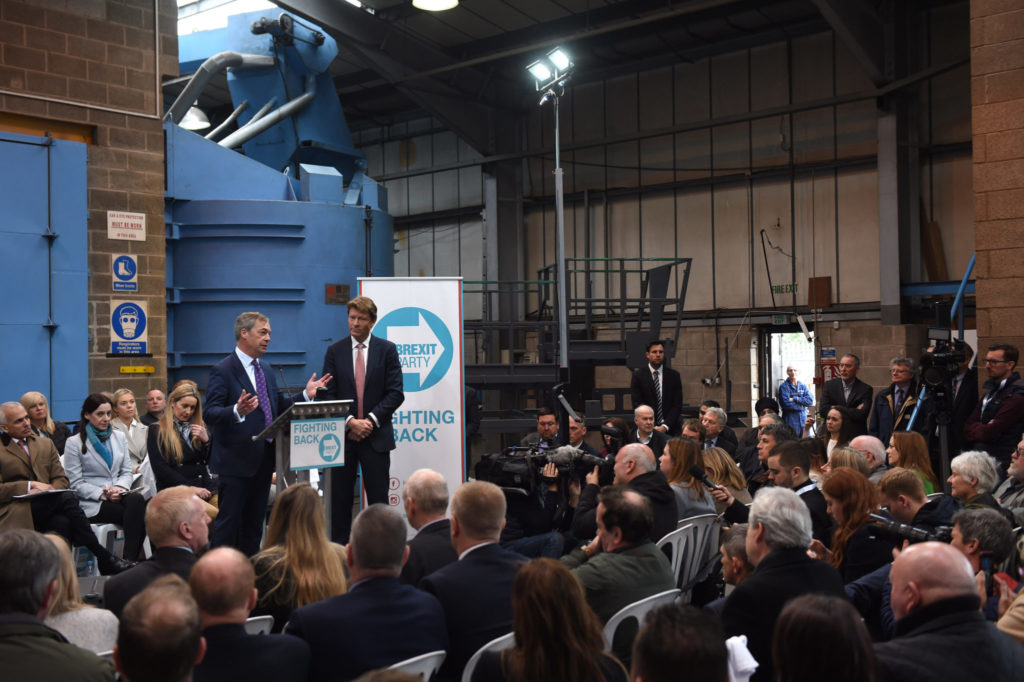 Ireland had been set to take a larger number of seats in the European Parliament as a result of Brexit.

It had been recommended that Dublin would become a four seat constituency (an increase of one seat), the South would also gain one seat while Midlands-North-West would stay as a four-seater.

However as Britain will now be taking part in the elections, two Irish MEPs will have to sit on the sidelines and not take their seats.

The UK will return 73 MEPs - but it is unclear how long they will sit.

British Prime Minister Theresa May has said she wants to see the UK leave the bloc as soon as a withdrawal agreement is passed by the parliament.

"What is important is that any extension enables us to leave at the point of which we ratify the withdrawal agreement - so we could leave on the 22nd of May and start to build our brighter future", she said on Wednesday.