Irish society has inherited a "deep shame" over the way women and children were treated in Mother...

Irish society has inherited a "deep shame" over the way women and children were treated in Mother and Baby homes.

That is according to the Taoiseach, who was speaking after the fifth interim report on Mother and Baby Homes was delivered to Cabinet.

Leo Varadkar told the Dáil that the report "makes gruesome reading" and said that although much of its content was already known, it offers "further insight into a very dark part of our history, a time when women and their babies were appallingly treated, often simply for being unmarried or even just for being poor."

"They were badly treated by the State, the church, their own families and wider society," he said.

"This happened at a time when infant mortality was very high and there were few vaccines, no antibiotics, very poor public health and sanitation and huge numbers of people living at close quarters in congregated settings.

"However, none of this excuses the indignity of the way in which these babies were treated in death.

"So we inherit as a society a deep shame for what was done back then and we must now endeavour to learn, to atone and to put things right." 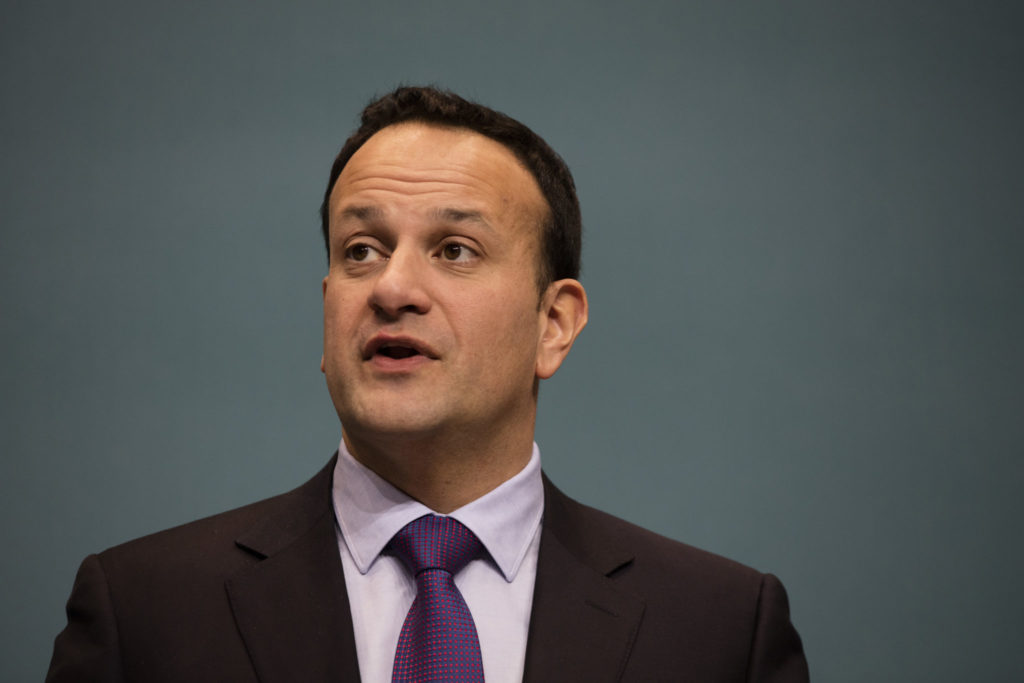 The report, published this morning, concluded that there is "little basis" for the theory that rather than having died, the children of the Tuam home were 'sold' to America.

The report examined the burial arrangements in the institutions under investigation by the Commission of Investigation into Mother and Baby Homes.

The report also looked at the transfer of remains to educational institutions for the purpose of anatomical examination.

She said the report's contents have been noted by Government, and will be sent to the relevant agencies for further consideration.

The commission has stated that it will include an analysis of the causes of deaths, and the registration of deaths, in its final report - which is due by February 2020.

The report has made a number of findings in relation to the burials at Tuam.

It has stated that it is clear that many of the children who died in the Tuam home are buried in the underground chambers.

The report stated that these chambers were "not a recognised burial ground or purpose built burial chamber", and that it did not provide for the dignified interment of human remains.

The report also examined burial practices in a number of other institutions - including Bessborough, Bethany Home, Castlepollard and Sean Ross Abbey.

In the case of Bessborough, the commission found no physical or documentary evidence of systematic burials within the grounds, but considers that it is highly likely that burials took place there. 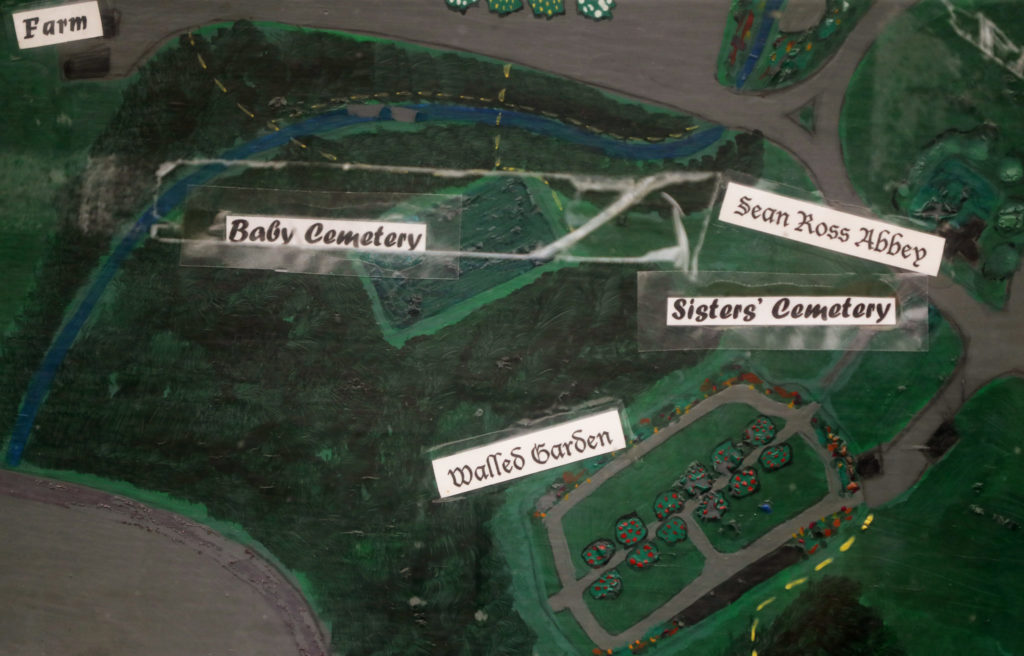 A map showing the location of the infant cemetery at the site of the former Sean Ross Abbey Mother and Baby Home in Roscrea, CoTipperary | Image: Brian Lawless/PA Wire/PA Images

The commission "did not consider it feasible" to excavate the full 60 acres involved, let alone the rest of the 200-acre estate on which the there has been extensive building work since the institution closed.

In Sean Ross Abbey there is a designated child burial ground in the grounds of the institution.

The commission has undertaken a geophysical study and subsequently a test excavation of the site and the results of this excavation are currently being examined.

The commission will report on this in their final report. 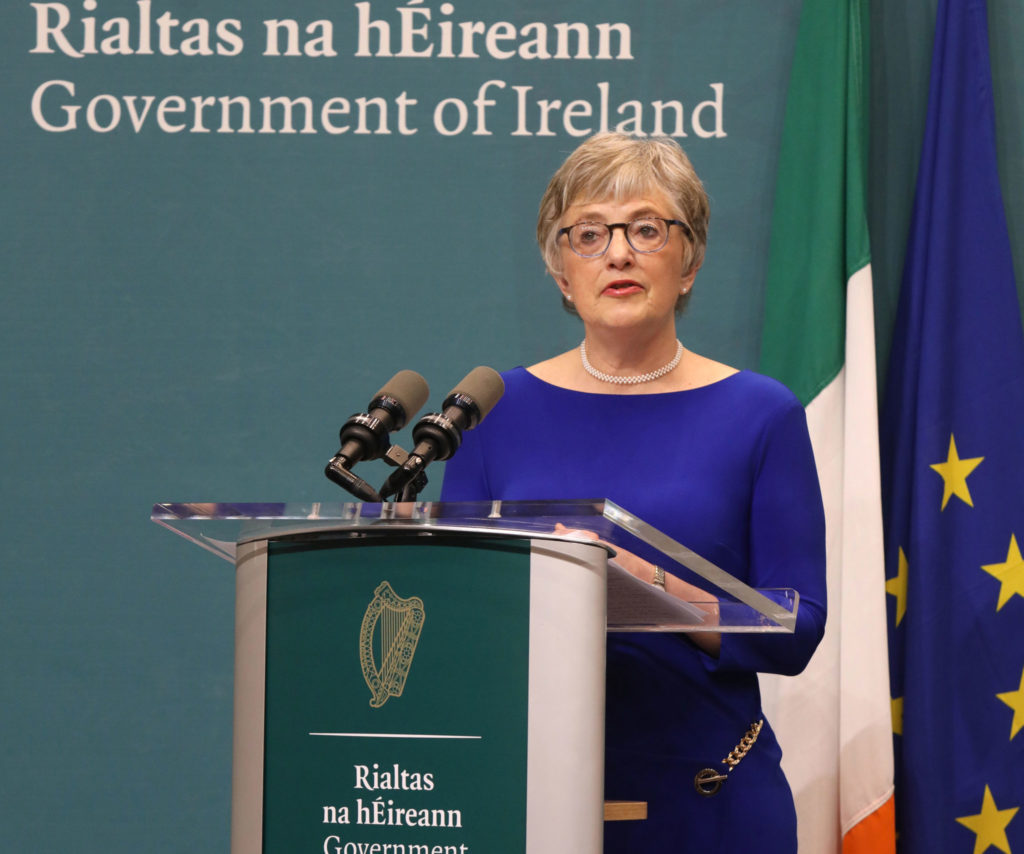 Children's Minister Dr Katherine Zappone holds a news conference to coincide with the publication of the fifth interim report from the Commission of Investigation into Mother and Baby Homes at Government Buildings in Dublin | Image: Leah Farrell/RollingNews.ie

Responding to the report, Minister Zappone said: "This is a significant piece of work from the commission that addresses important issues relating to the burial arrangements at these institutions.

"The commission is collating a huge amount of material and examining the matters before it in a way never before possible.

"This report reflects the sheer depth and complexity of the work the commission is undertaking.

"I know that that many former residents and their family members have been patiently awaiting this report and believe that it will assist in bringing clarity to this matter".

The report makes no specific recommendations, but calls on anyone who may have information relating to the Tuam site to come forward and speak with them.

On this point, Minister Zappone said: "I would like to endorse this request by the commission and would strongly encourage anyone with any information relating to the commission's terms of reference contact them immediately".

The commission has been investigating 14 mother and baby homes, as well as four 'county homes', which were in operation between the years 1922 and 1998.

The Tuam Mother and Baby Home Alliance issued a statement on Tuesday evening.

It said: "Survivors over a period of some three years have outlined issues of primary concern being in relation to their health and well-being given their early life experiences and how such experiences impact in the present.

"There are, among our group, 11 survivors - 10 from the Tuam Mother and Baby Home - and one from Sean Ross Abbey.

"We are at pains to point out that there is nothing 'historical' about this issues that impact; in some situations as our survivors become older they, like many within that age category, reflect back to their childhood and are often re-traumatised when recalling abuses and neglect.

"A dedicated counselling service for survivors of such Institutions is therefore much needed.

"With regard to terminology, we request at the outset that survivors are treated with the utmost respect - therefore, the term 'resident' or 'former resident' is inapplicable.

"They were infants, babies, toddlers, children who relied on care-givers and who could not fend for themselves.

"Even to the point where they left the Institution at the tender age of four and a half, or slightly older, they were again dependent on those who accommodated them in their 'boarding out' for their primary and secondary needs.

"It is also fair to say that survival is the correct term given that we know that up to #796 are recorded as having perished in the Tuam Mother and Baby Home.

"The medical issues that continue to impact on our survivor group were relayed to the Collaborative Forum and we are delighted those are included; and would reiterate the absolute necessity for medical treatments - full medical card and fast-tracking through the system.

"Survivors do not have full access to their files, some indeed, do not have details of parentage - mother or father - and with no access to medical files; therefore they are at a distinct disadvantage within a medical setting when they present with life-threatening illnesses which have a hereditary influence.

"Time, again is of the essence in this regard - a number of our survivors are aged 80-plus; some are in their 70s, many are just finding their voice and courage to speak for the first time."

Main image: A general view of the site of a mass grave for children who died in the Tuam Mother and Baby Home in Co Galway | Image: Niall Carson/PA Archive/PA Images