Dublin's Lord Mayor Hazel Chu says she cannot guarantee the price of clothes will not increase under the Government's proposed Waste Action Plan.

Under the plan, a framework is to be developed for a separate, textile waste collection which bans clothes from household waste, landfill and incineration.

Between 1996 and 2012, it has been estimated that the amount of clothes bought per person in the European Union increased by 40% and more than 30% of clothes have not been worn for at least a year.

EU citizens were estimated in 2017 to consume nearly 26kg of textiles per person per year, of which around 11kg were discarded - often ending up in mixed household waste sent to incinerators or landfill.

It is estimated that less than 1% of all textiles worldwide are recycled into new one.

Mayor Chu told Sean Moncrieff: "Most textiles are nasty and have chemicals in it.

"And there's a reviewing of regulations for clothes banks as well, which is good.

"Because a lot of the clothes that we send off to countries... they don't really need our rubbish.

"And what happens is it sits there and it becomes toxic.

"So we also want to promote eco-designer with Irish designs and retailers - that's 100% good, especially in the current climate that we need to support local".

"We also need to improve data on textile waste - so it's important to understand the problem that we're tackling.

"And we also want to support education in textiles and get people to understand how clothing is made, how much work is put in them - so that you're not constantly looking at items going 'Oh I'll just buy this' and knowing that it got churned out somewhere in south-east Asia that is cheaper labour". 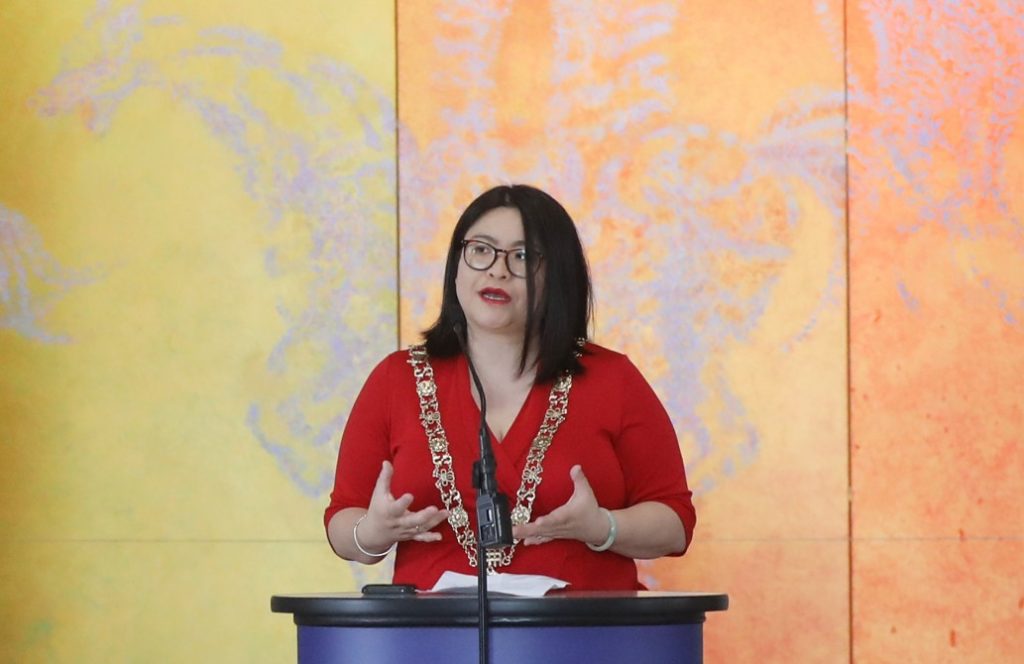 But she denied that any change to cheaper clothes or 'fast fashion' could penalise poorer people in society.

"I fully understand the concerns and this is, I think, a communication problem rather than what is being proposed.

"Fast fashion itself already punishes poor people - if you keep on pushing out, telling people that they have to buy and they're trying to make sure that they're on top of the trend, they're going to be constantly broke just by buying this fashion.

"So it's not a levy on cheap clothes; what we're looking at doing is to make sure that we levy the producers and the retailers as well, because they are the people that we need to look at".

"Imagine the fines that you can put on that.

"So again it does not have to be on the consumer - and if it is on [the] consumer, then we need to make sure we mitigate it by having certain things like VAT reductions on it".

"I get people's concerns, but I think one of the issues is reading into the deeper policy and understanding where exactly is the plan going".

On this, Sean asked her if the changes could see the cost of clothing increase.

"I can't say they will not go up - but what I'm saying is if they were to go up, we would try to mitigate it with things like a VAT reduction".

"The job of Government - and I'm not in Government, so I can't speak for them - but from what I can see from this policy is that it's not out there to peanlise the vulnerable.

"It's there to make sure that we try to have an industry where it's not toxic for everyone that is part of it - including the consumer at the end of the day".