Taoiseach Micheál Martin has said he is “genuinely” satisfied with the safeguards put in pla...

Taoiseach Micheál Martin has said he is “genuinely” satisfied with the safeguards put in place for the new National Maternity Hospital amid concerns about the influence of the Catholic Church over the project.

The new hospital will be built on land leased from a company with connections to the Religious Sisters of Charity and a number of public figures are worried that the order will try to ban certain medical practices, such as abortion and IVF, from being carried out on the premise.

Dr Peter Boylan, a former Master of the National Maternity Hospital, has previously said he cannot understand why the Government does not just buy the land and that ministerial assurances "aren't worth the paper they're written on".

However, Micheál Martin said he is satisfied that appropriate safeguards are in place and that the Government needs to get on with the project:

“I am genuinely satisfied that those safeguards are in place,” An Taoiseach told Newstalk.

“The protections are there for the new Maternity Hospital; they’re strong protections and I think we need to state that the state has a 300 year lease on it and that the state through the HSE will have an operating activity to govern its activities.

“Of course people can be assured that the services that people wish to avail of and that are legally permissible in this state will be available.” 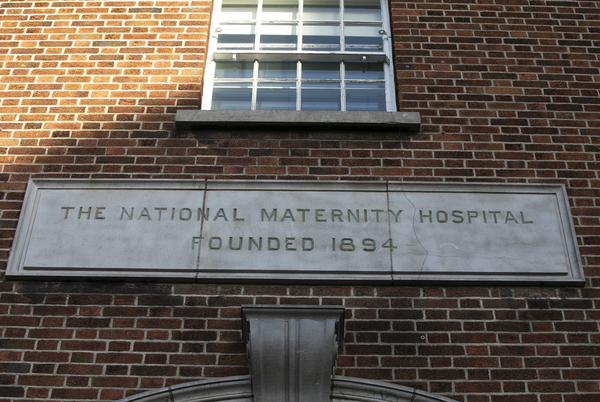 'Gone on too long'

The new hospital is due to cost the state between €800 million and €1bn and An Taoiseach said it was important to get on with the project:

“I find it’s gone on too long,” he said wearily.

“We now have to get into the design and building and we know how long that can take.

“I’m very concerned about what conditions will be like in two or three years time - never mind today in terms of the conditions in Holles Street.”

Main image: 03/05/2022 Pictured is Taoiseach Micheal Martin speaking to media as he arrives at Dublin Castle for this afternoon's meeting of the Cabinet. Photograph: Sasko Lazarov / RollingNews.ie