A woman said she plans to report four of her friends to Gardaí, as they are using Dublin to circ...

A woman said she plans to report four of her friends to Gardaí, as they are using Dublin to circumvent British quarantine rules.

Katie said these friends, who live in Britain, are coming back from Dubai in the United Arab Emirates (UAE).

But rather than isolate for 10 days in the UK, they intend to rent an apartment in Dublin to wait out the 10-day quarantine period.

This also means they will not have any restrictions placed on them on return to Britain, as Ireland is part of the Common Travel Area.

She told Lunchtime Live: "A group of four of my friends who have spend the last four and a half months living it up in Dubai decided that they were not going to go back to the UK, where they live, because they didn't want to do the mandatory hotel quarantine.

"So they are flying to Dublin on Sunday, and they are going to stay in Dublin for 10 days in an Airbnb, and then they're going to fly to the UK."

She said this means they will share entrances, elevators and corridors with "people who have been in lockdown for the best part of a year now".

Under British government rules, people must self-isolate when they enter the UK from any foreign country - except Ireland.

"They're actually not breaking any laws by doing this, so it just feels like we're almost incentivising people to avoid the UK quarantine by allowing them to come here - and hoping that they self-isolate when they do". 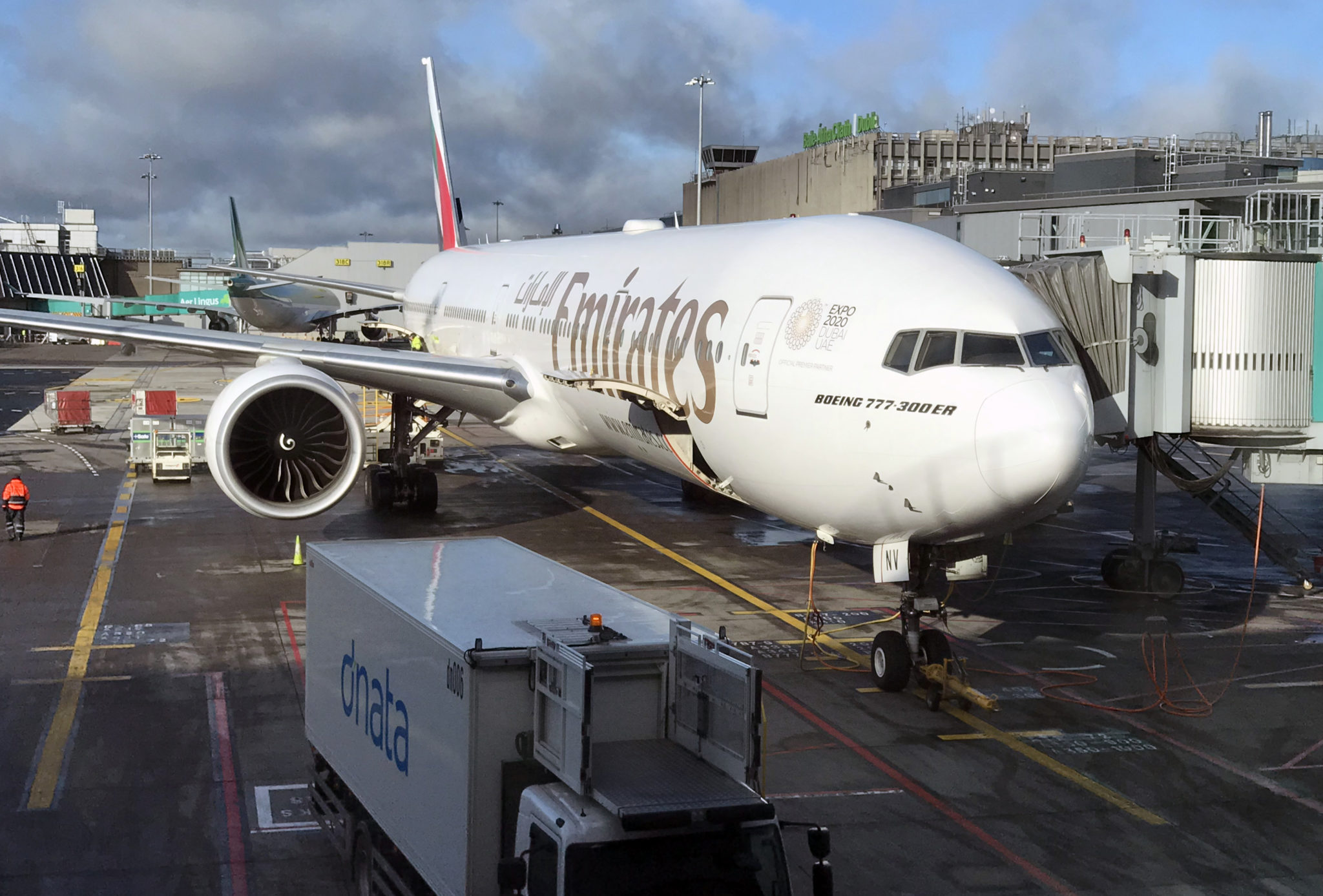 An Emirates plane parked at Dublin Airport in 2019. Picture by: RollingNews.ie

She said her friends were even asking her advice for places to stay in the capital.

"I wasn't best pleased about it", she said, adding: "It's difficult because you can't argue with stupid.

"These people left the UK in a level four lockdown, it was illegal for them to go on holidays - so they clearly don't hold the same values as the rest of us do.

"So there's really no point in me expending a lot of energy explaining to these people what they're doing wrong.

"They haven't hired a car - so four of them will jump on public transport having been on a nine hour flight with 300 to 400 other people."

And Katie said she intends to report them to the Gardaí.

"I'm just holding out for them to give me their postcode when they arrive, because they're planning to have drinks.

"They've no intentions of self-isolating, so as soon as I have their postcode I'll be letting the Guards know - I'm looking forward to that".

Katie said Ireland, and she personally, has suffered heavily under the pandemic.

"I've lost my Nana to COVID - there was no funeral, no one was there, she didn't even go into a church.

"I've lost my business - I'm self-employed - I work in a gym, I haven't worked for the majority of last year.

"I haven't seen my brother in two years, he's in Australia, there's nothing on the cards that I will see him soon.

She said while people here are all doing their best, things needs to change.

"I think the Irish Government need to step up, because at the moment we are financially incentivising people to come here to avoid the stg£1,750 [cost to] mandatory quarantine in the UK."

It comes amid a call for the rental platform Airbnb to be taken offline while Ireland remains in level five restrictions.

Cork Senator Tim Lombard has claimed it is being used as 'a loophole' for 'binge parties' in rural areas.

He cited a recent example in Kinsale, which saw seven people from different households travel from Cork city and rent a house "literally having a party there for the weekend".

"That is the kind of scenario we're having in some parts of Ireland".

"That makes no sense to me".