There are more than 30,000 confirmed cases of monkeypox globally

The number of monkeypox cases in Ireland has passed 100.

Latest data from the Health Protection Surveillance Centre (HPSC) show it has been notified of 101 confirmed cases here.

It says the vast majority of these are not linked to travel to a country where the virus is endemic.

Many countries have also reported the cases are predominantly, but not exclusively, in men who identify as gay, bisexual or other Men who have Sex with Men. 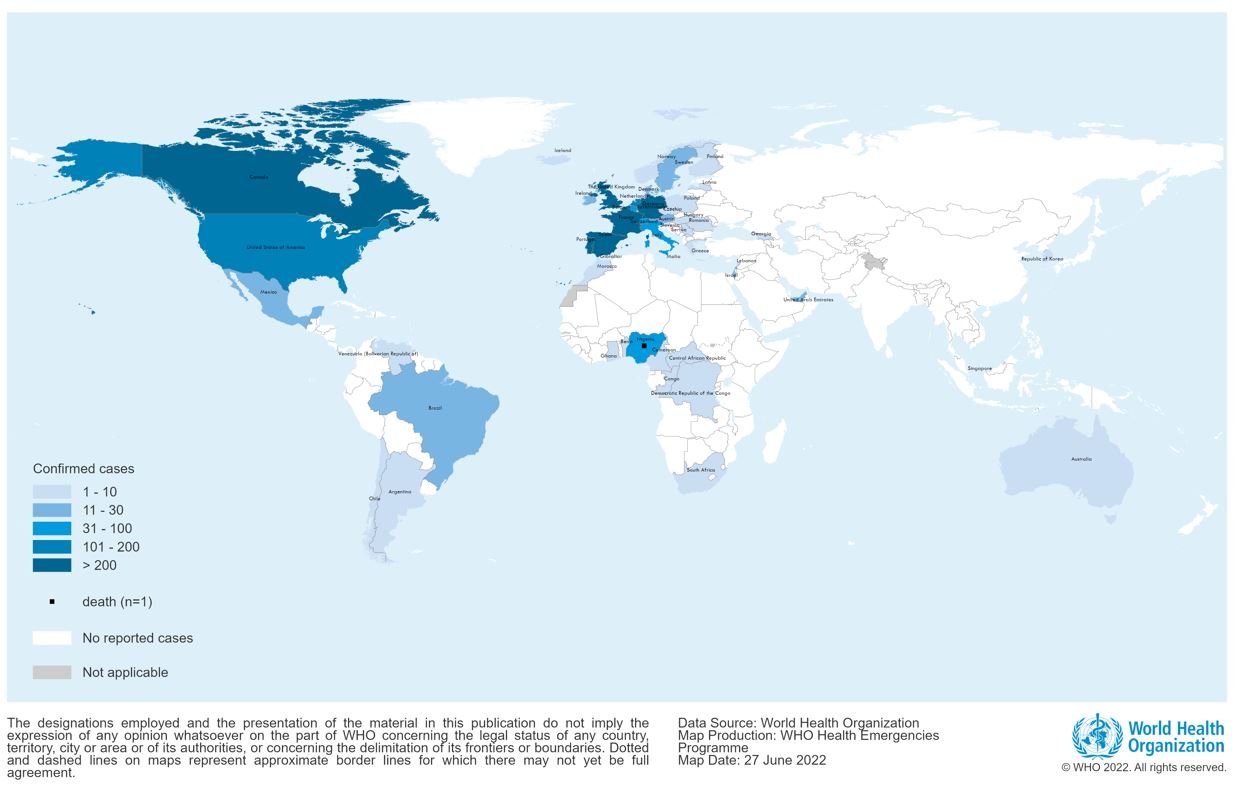 Confirmed monkeypox cases reported to or identified by the WHO from official public sources between January 1st and June 22nd 2022. Source: WHO

This included recommendations for countries to strengthen their public health and clinical responses to stop transmission.

There are more than 30,000 confirmed cases of monkeypox globally, with high concentrations in Europe and North America.

The HPSC says a multi-disciplinary Incident Management Team, established by the HSE, will continue to actively monitor the situation.

Monkeypox has been made a notifiable disease in Ireland - meaning medical practitioners are required to notify the local medical officer or director of public health of cases.

While the smallpox vaccine is being offered to people at high-risk of monkeypox infection.

Monkeypox vaccine to be rolled out in Ireland