High-end cars, a van, documents, cash and electronic devices have been seized by the Criminal Ass...

High-end cars, a van, documents, cash and electronic devices have been seized by the Criminal Assets Bureau following searches in Co Monaghan today.

The CAB says it has been investigating a group suspected of being involved in "various international smuggling activities" for over a year.

They say the investigation has 'intensified' in the past two weeks.

They also detained a Bulgarian registered tractor unit and trailer.

Among the items seized were: 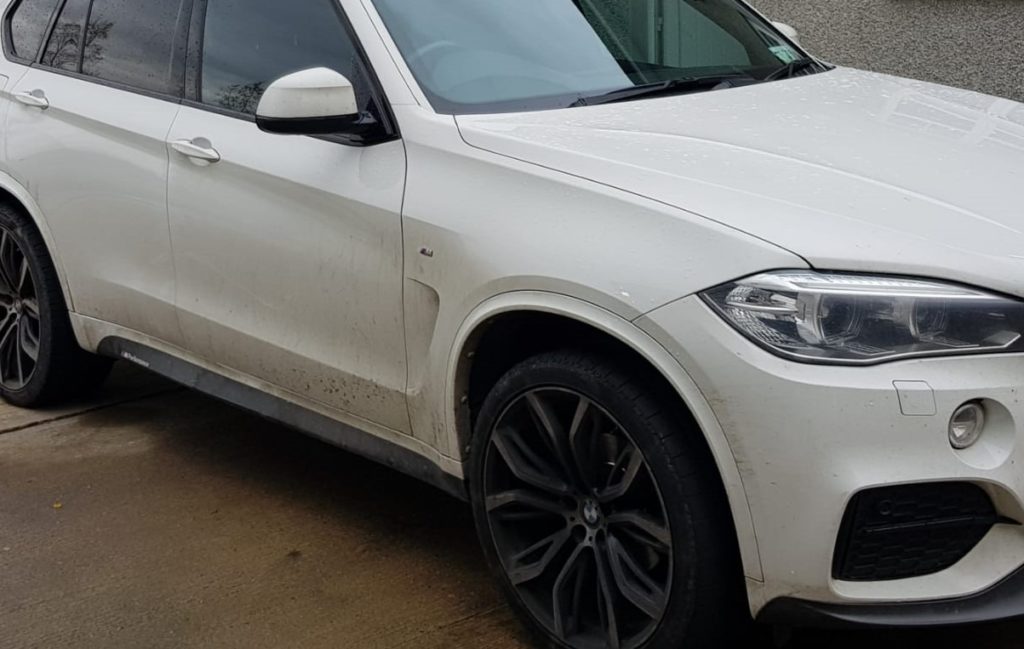 One of the cars seized by the CAB. Image: An Garda Síochana

In a statement, gardaí said: "The Criminal Assets Bureau was supported today by the ERU, the Stolen Motor Vehicle Investigation Unit (NBCI), the Revenue Customs Dog Unit and the Garda National Immigration Bureau.

"No arrests were made on this occasion. The investigation by CAB is continuing."

They also noted that their investigation is not linked to the ongoing Essex Police investigation into the discovery of 39 bodies in a lorry in England.