Micheál Martin: The Turners Cross Taoiseach takes to the stage

Nearly 20 weeks after the country went to the polls, Fianna Fáil leader Micheál Martin has beco...

Micheál Martin: The Turners Cross Taoiseach takes to the stage

Nearly 20 weeks after the country went to the polls, Fianna Fáil leader Micheál Martin has become the first Cork Taoiseach in over 40 years.

Under the programme for government, will hold the office until December 2022, making him the shortest serving Taoiseach in the history of the State – but it’s been a long road to get here.

Born and raised in the Turners Cross area of Cork city, Martin had a short stint as a school teacher before embarking on his career in politics in 1985. 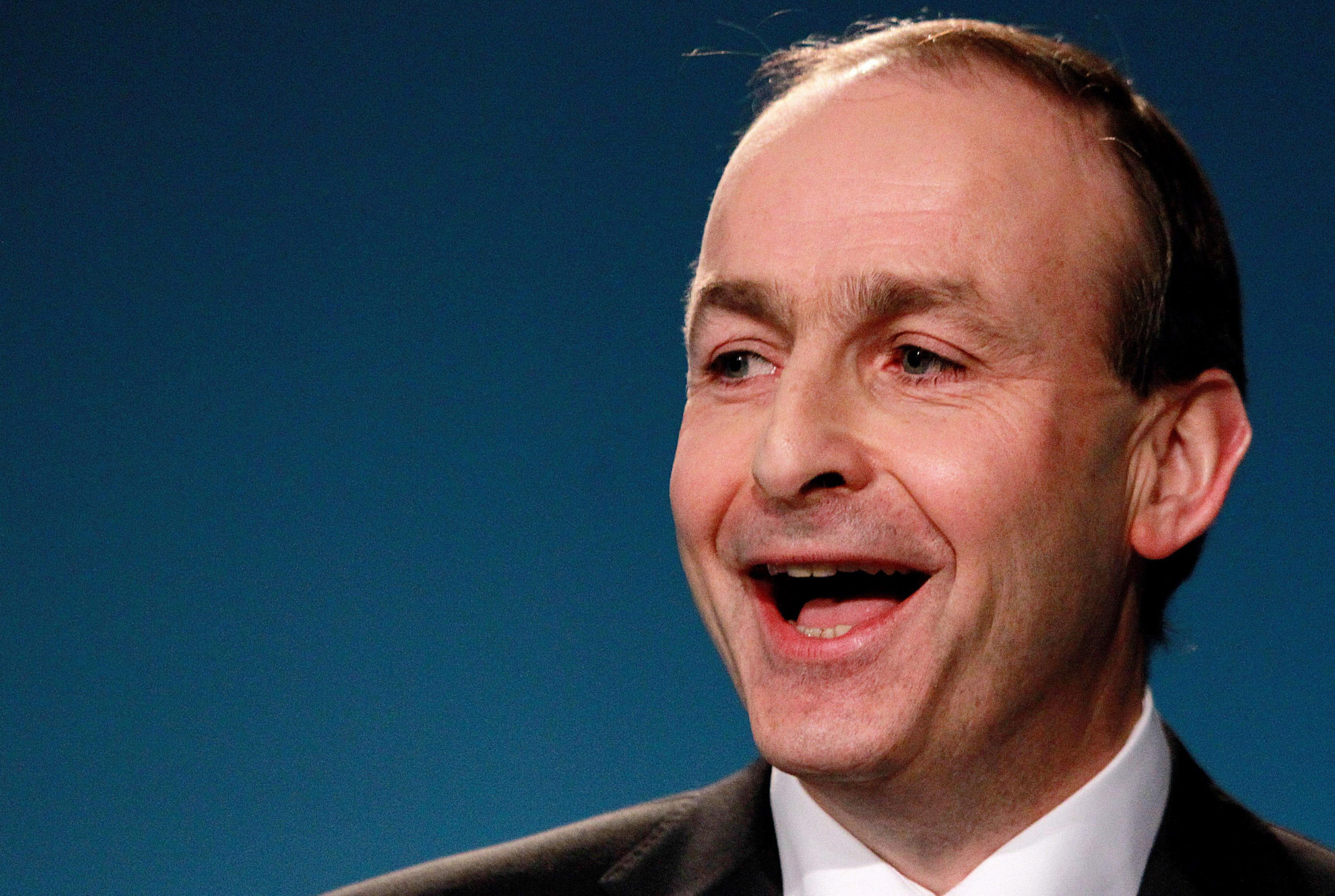 He had held his first political post in Cork Corporation for two years when he first ran for Dáil Éireann, failing to be elected to Cork South Central in the 1987 General Election.

He didn’t have long to wait for another shot and was elected in 1989 after Taoiseach Charlie Haughey called a snap election. He has won a seat in every election since.

Martin married his wife Mary O’Shea that same year and the couple went on to have five children, Micheál Aodh, Aoibhe, Cillian, Leana and Ruairi. 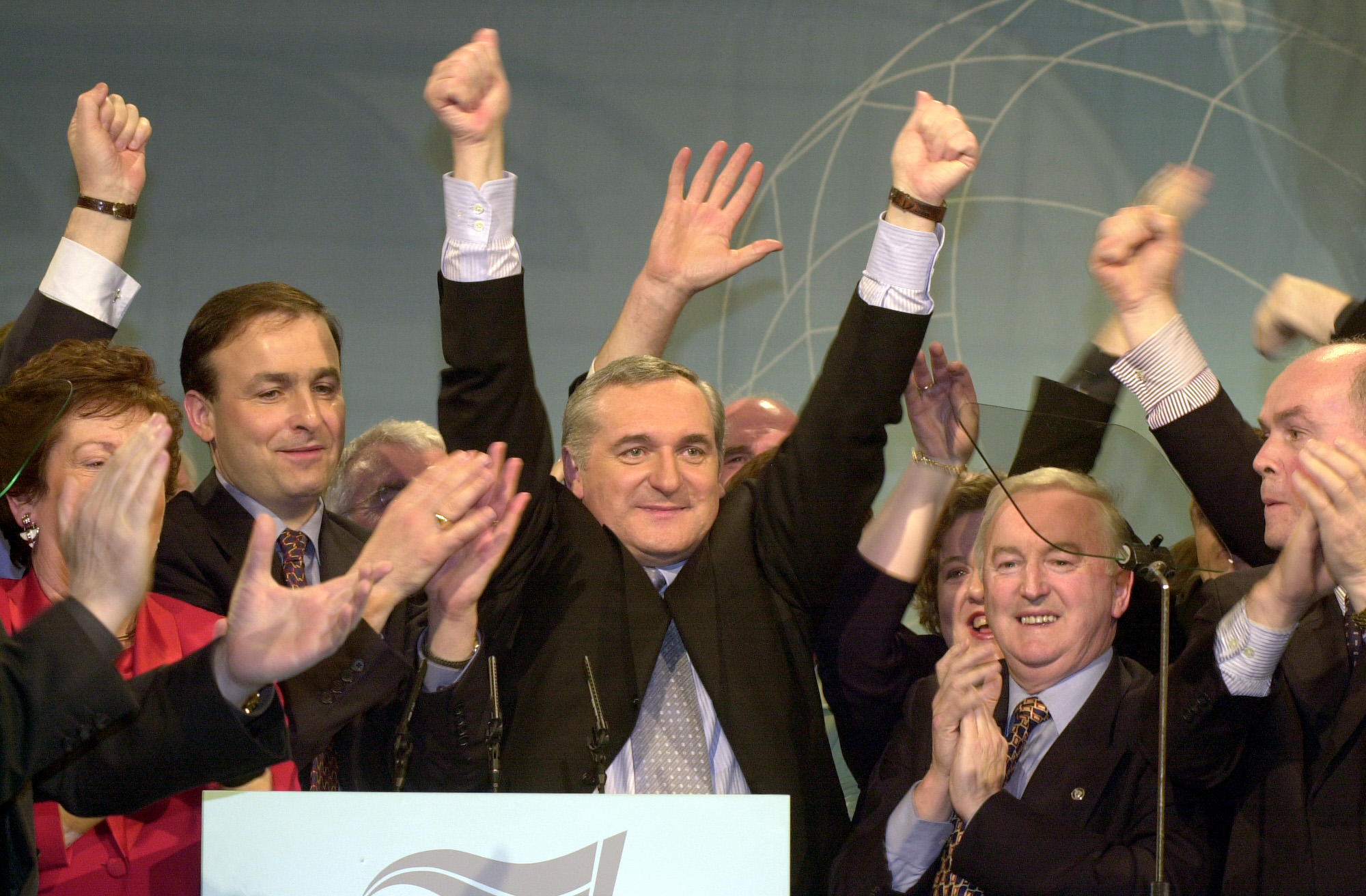 Taoiseach Bertie Ahern is cheered by his Front Bench at the Fianna Fáil Ard Fheis in in Dublin., 04-03-2000. Image: RollingNews

His 1992 stint as Lord Mayor of Cork was the highlight of his early political career before Bertie Ahern appointed him to Fianna Fáil’s front bench when he took the leadership of the party in late 1994.

When the party was returned to power in 1997, the Corkman became the youngest member of Ahern’s Cabinet, as Minister for Education and Science.

He built a reputation as one of the Government’s most energetic ministers during his three years in the position – introducing a IR£194m package to tackle education disadvantage and clashing publicly with the Irish National Teachers Organisation (INTO) over funding. 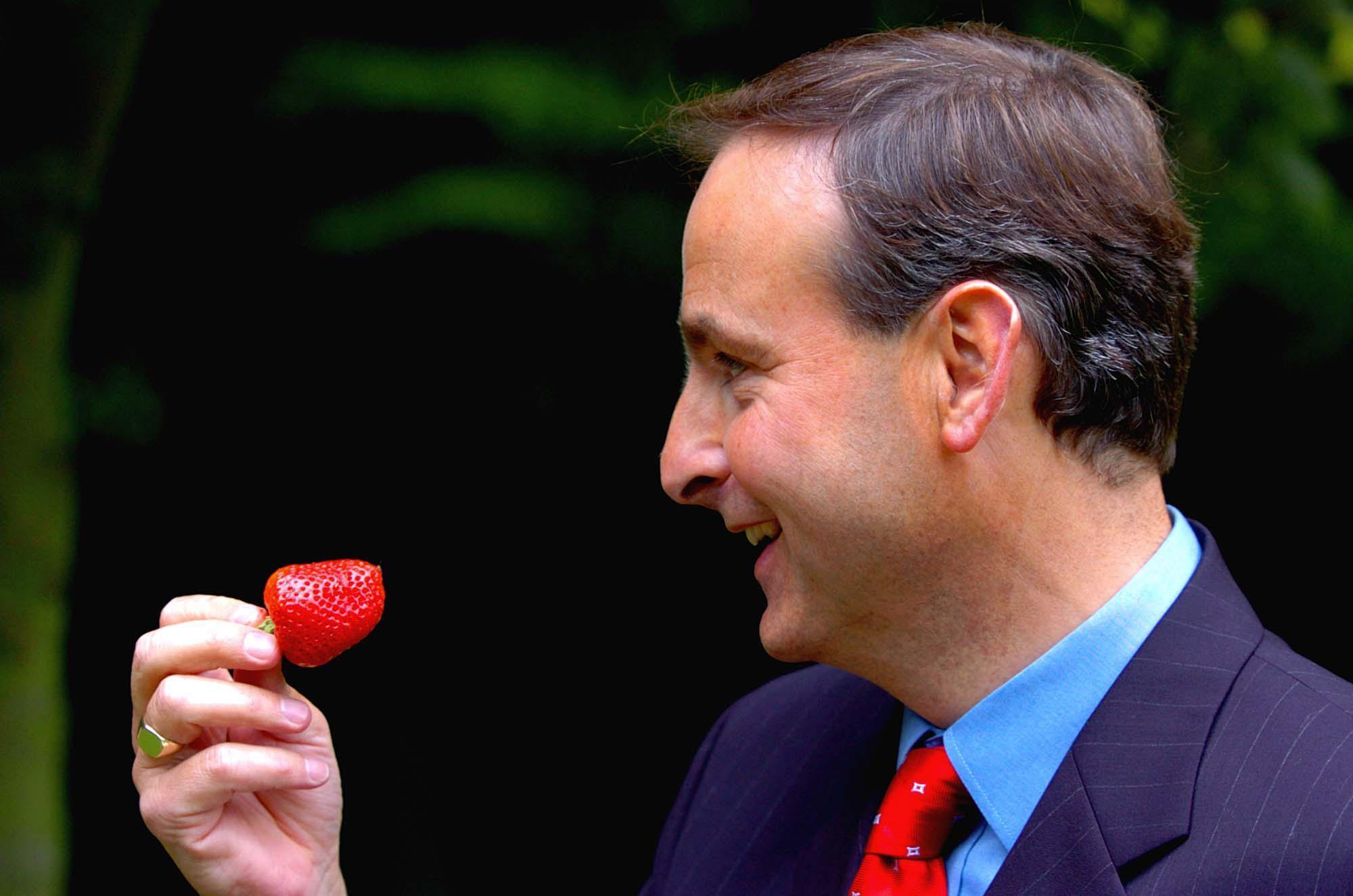 Shortly before his time in the role came to an end, his family experienced its first real tragedy with the death of his five-week-old son Ruairi. He was born prematurely but was said to be doing well before he sadly passed.

Martin was appointed Minister for Health in a Cabinet reshuffle the following year and used his time to force through the ban on smoking in the workplace, which was signed into law in March 2004.

He also abolished the health board system and established the HSE during his time in the role. 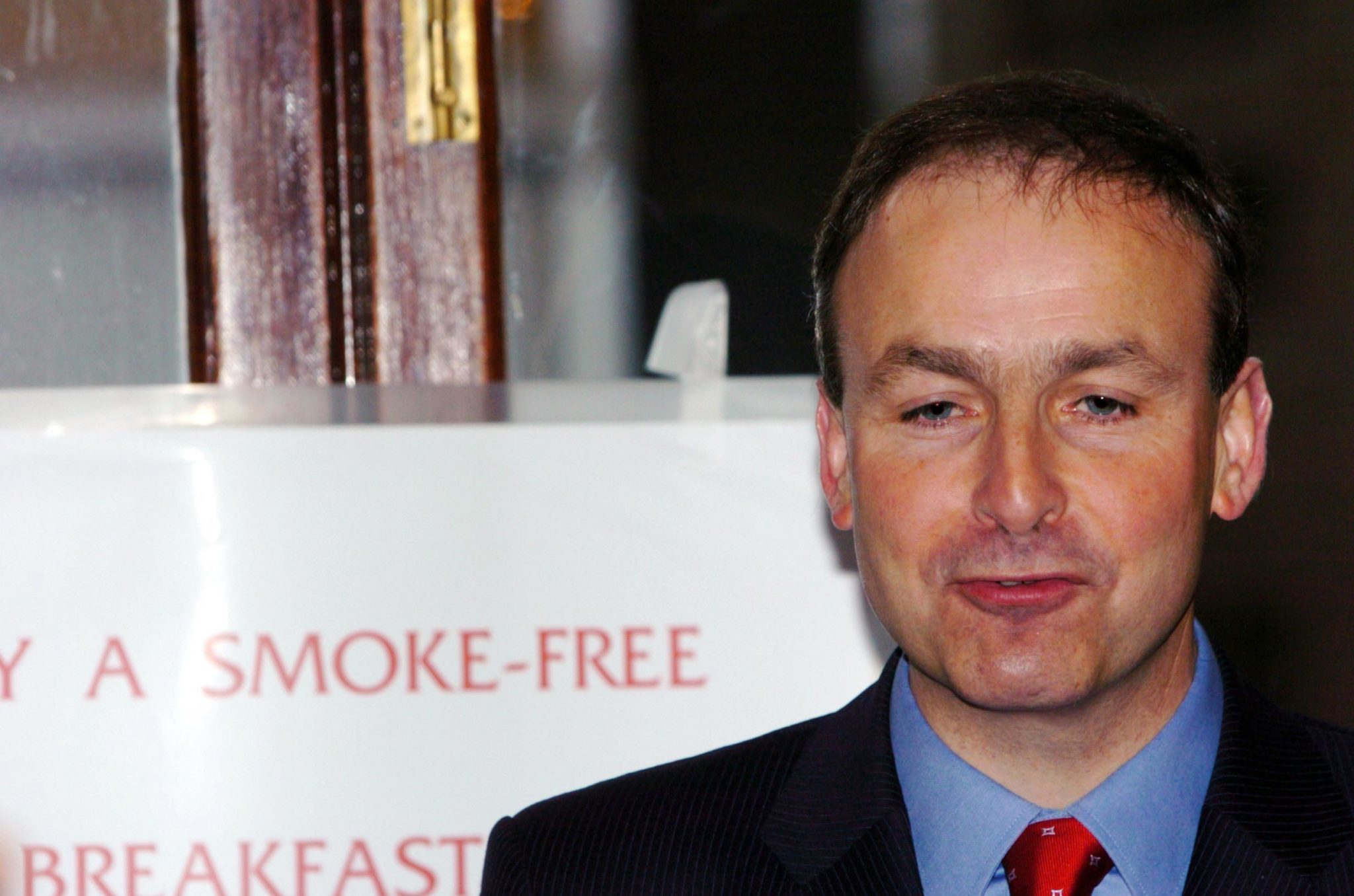 He swapped roles with Mary Harney in September 2004, becoming Minister for Enterprise and Employment and remaining the post for four years.

After supporting Brian Cowen’s bid for the party leadership in 2008, he was rewarded with the post of Minister for Foreign Affairs where he led the Government’s ultimately defeated Yes campaign in the Lisbon Referendum.

It was while he held the foreign affairs brief that the family suffered its second tragedy, the loss of his seven-year-old daughter Léana to a heart condition. 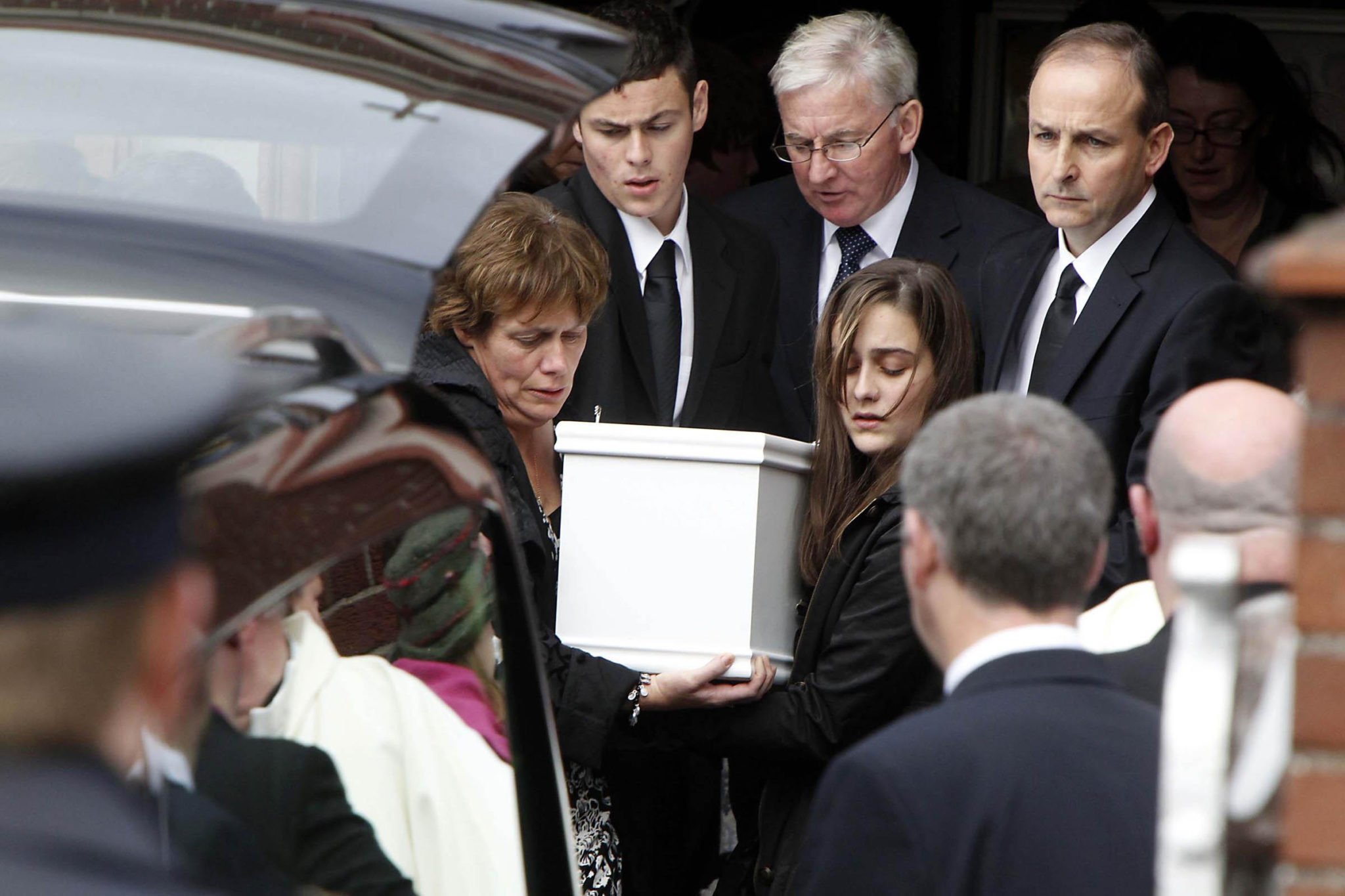 Martin was elected party leader after Cowen stepped down in early 2011. He led the party into the 2011 General Election, where it suffered its worst-ever defeat – losing 57 seats and finding itself the third-largest party in the Dáil.

Martin pledged to “rebuild the party on every level” and oversaw somewhat of a recovery in 2016, when the party took home 44 seats before entering into confidence and supply with Fine Gael. 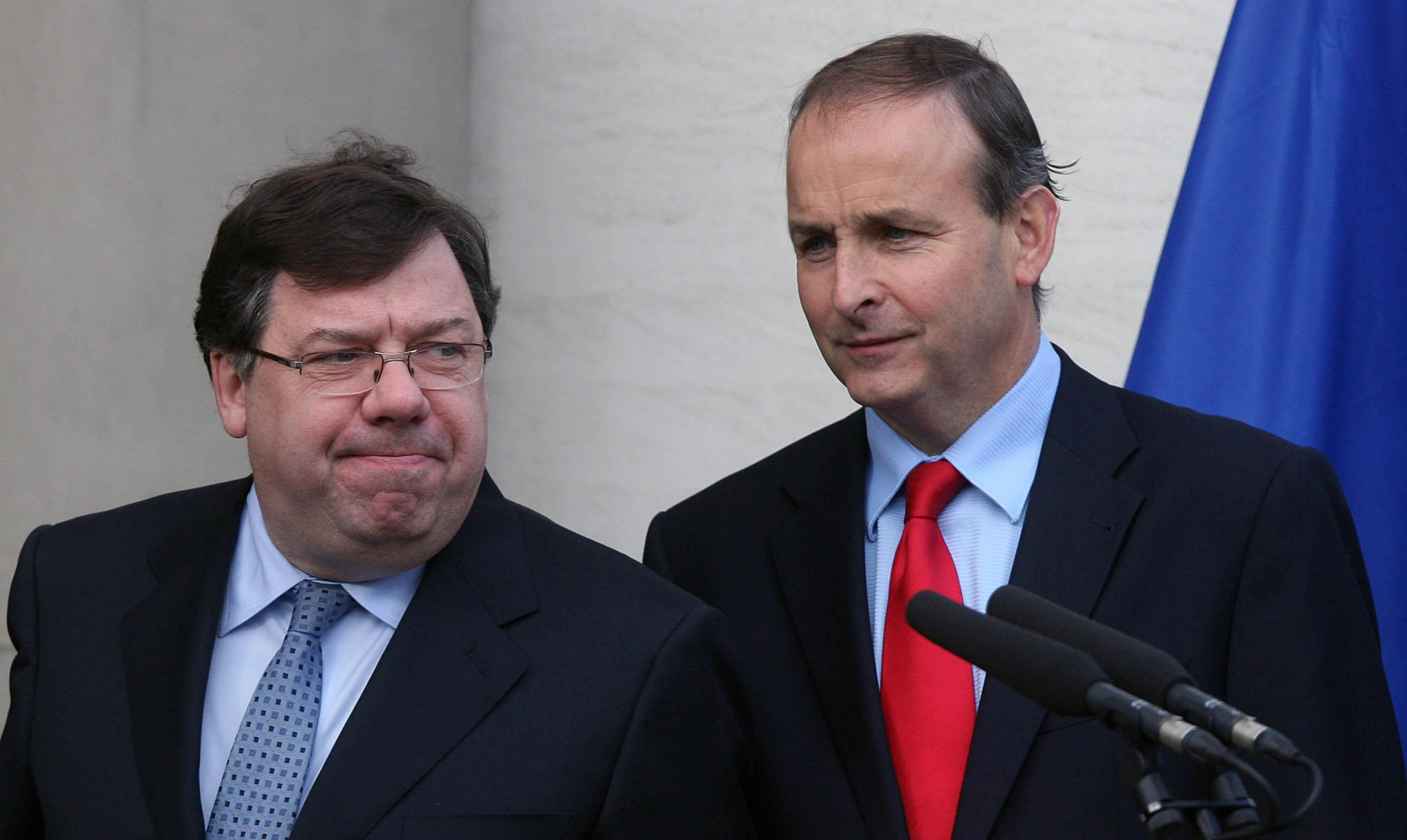 To date his leadership has been notable for his decision to come out in support of Repealing the Eighth Amendment in January 2018 – ten days before Fine Gael leader Leo Varadkar confirmed his own support.

His decision to enter confidence and supply left many in his party furious – a mood that was only compounded by his decision to extend the deal into 2009.

Give me one word to describe Leo? #GE2020 #VoiceOfTheVoter pic.twitter.com/KZ6cvr8rqH

Martin insisted the extension was in the “national interest” while Brexit negotiations were at a delicate point and his stance was arguably justified by the Brexit Withdrawal Agreement that was finally signed off on early this year.

His relationship with Varadkar has been strained at times, notable for a number of fiery exchanges in the Dáil; however, the two men have largely kept things professional since 2016.

They will have to keep that relationship going in the coming months if their vision for a majority government that can last the next five years is to come to pass.