Spanish police have rescued six men who were suffocating in an illegal underground cigarette fact...

Spanish police have rescued six men who were suffocating in an illegal underground cigarette factory.

Investigators uncovered the bunker, buried four metres underground, as part of a major investigation targeting a criminal gang involved in the illegal manufacture and sale of tobacco products.

They searched 13 properties in the province of Malaga, eventually uncovering the underground factory.

A generator powering the air supply had run out of fuel and the six Ukrainian men trapped inside were shouting for help and banging on the roof.

However, police were unable to hear them because the bunker was tightly soundproofed. They eventually found the bunker after moving a shipping container with a forklift. 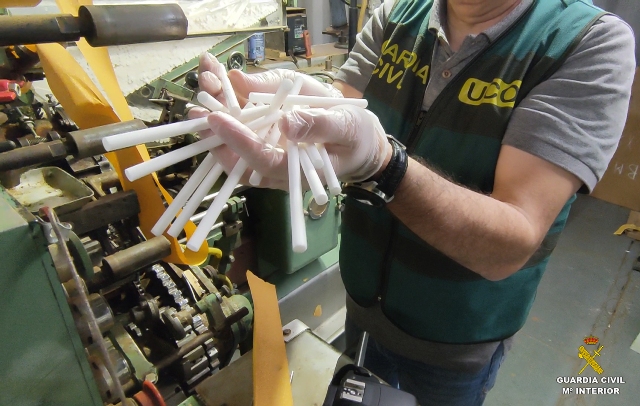 The Spanish Guardia Civil launched the operation, codenamed Hannibal, after getting a tip-off from Europol.

They arrested a total of 20 people and seized 17 tonnes of rolling tobacco, over three million cigarettes, 20kg of hashish and 144kg of cannabis.

Police said the leaders of the gang did not tell them about the workers in the bunker, even though they knew they had a limited amount of air left.

The factory was capable of producing over 3,500 cigarettes an hour and had been running for about a year – generating profits of about €600,000 a week.

It is the first underground operation to be uncovered in Europe.

Workers were blindfolded on their way into the facility and spent two weeks at a time underground. The bunker was equipped with bunk beds and living quarters; however, police said the conditions were extremely unsanitary and dangerous. 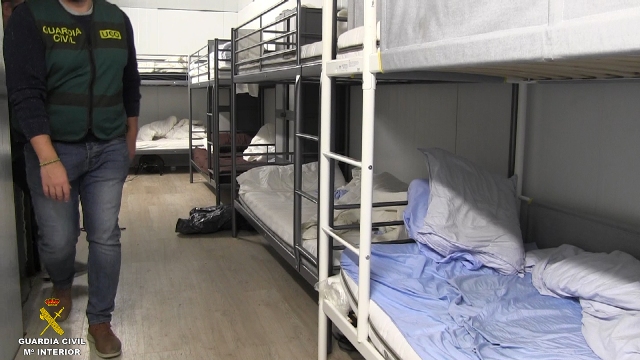 The gang was made up of people from Britain, Lithuania and Ukraine.

One of the 12 British people arrested was 31-year-old fugitive Daniel Dobbs, who escaped from prison in North Yorkshire while serving 13-and-a-half year sentence for drug trafficking.

He will be returned to Britain to serve out his sentence once the legal proceedings against him in Spain are complete. 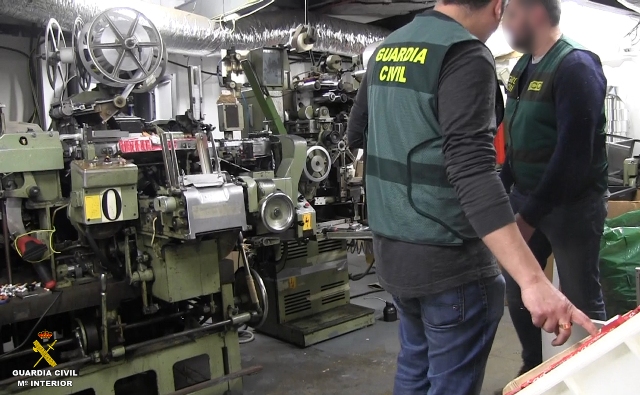 Alison Abbott from the UK National Crime Agency said: “Dobbs’s arrest is a fantastic result and shows the power of our international partnerships.”

“British fugitives should know that we will catch up with them no matter where they are,” she said.

The operation involved a rage on Spanish and international crime agencies.