The British musician was presented with the award by President Emmanuel Macron during a ceremony at the Élysée Palace.

President Macron's office praised Sir Elton, 72, as a "melodic genius" and as one of the first gay artists to give a voice to the LGBT community.

He used his acceptance speech to promote his charity work and highlight how important the fight against AIDS is to him:

"Like music, the fight against AIDS has been my passion for many many years. And like music this fight reminds me every day of the extraordinary power of the human spirit."

The Elton John Aids Foundation, established in 1992, has generated over €300 million in the fight against HIV prevention, education and support.

He added: "It is this magical human spirit I will carry with me as a proud member of the Legion d'Honneur." 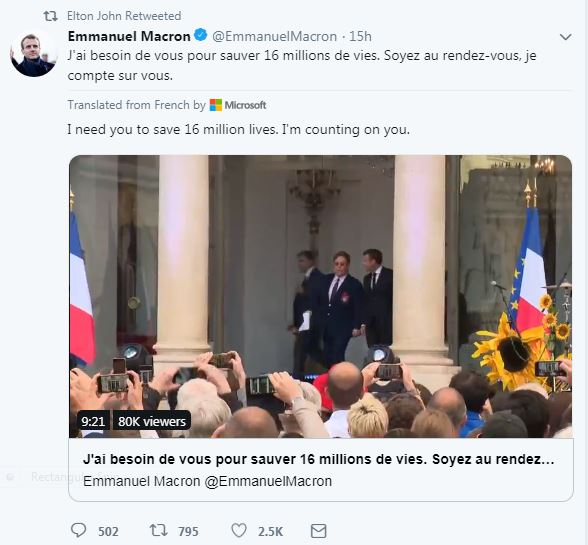 In France as part of his final tour, Farewell Yellow Brick Road, he will preform in more than 300 concerts over five continents before retiring from touring to focus on family.