Meet the Limerick knife-maker with a 10-month waiting list

A Limerick knife-maker with a 10-month waiting list says he hopes he can make a living from his business.

Hugo Byrne works out of a studio with his father, producing made-to-order knives for everyday use in the kitchen.

He explained to Down to Business how he got here.

"I was doing an internship up in a place called Conservation Letterfrack, which was a object conservation workshop, and part of that internship was that they gave me a few pieces of wood and it was an exercise in design to say 'Oh, design some chopping boards out of these'.

"So I said 'Oh great' - I was really scratching my head, getting real excited about it, and it felt really weird then in the end trying to design the chopping board without having the knife to go with it.

"It felt like designing the cart without the horse - so I said 'Actually lads, can I make a knife instead?'

"And they were like 'Yeah, that's much better' so they got down all the books on forging and knife-making and steel... and kind of let me go.

"So I made a few knives for myself, I just gave them to my parents and my sister as gifts and things. 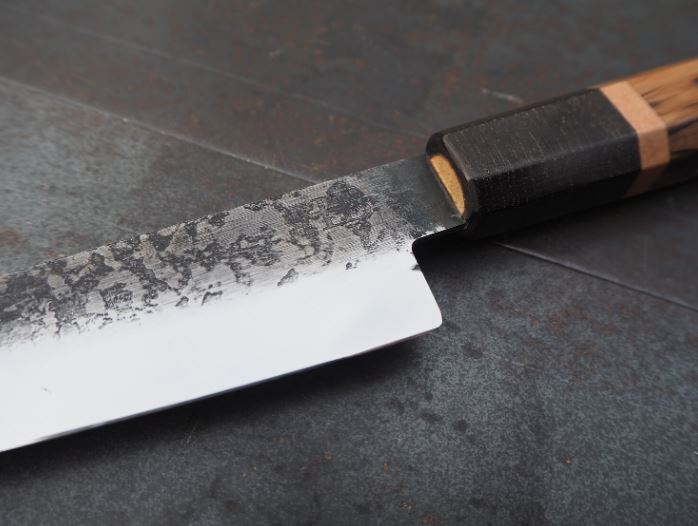 "The real 'a-ha' moment was when I took it home and cooked my dinner with it: that was a real 'Hold on a minute, this is great'".

"The result of design was that you could actually use it, that was a real new one for me.

"Off the back of that then, one or two friends of mine were chefs and they said 'Oh will you make me a knife?' - and then it kind of just snow-balled from there.

"There's a lot of learning as you go, and trying not to make too many mistakes".

But what makes the ideal knife for cooking?

Meet the Limerick knife-maker with a 10-month waiting list

"You know yourself with any tool: if you open up your knife drawer there's one you always reach for more than the others, and you probably couldn't put your finger on why".

"It does take a little bit of care, the knifes I make are carbon steel so it's not rust proof.

"So if you leave it in the sink overnight, it'll be rusty the next day.

"I think as well that it has to be, there's slightly more maintenance than stainless still, people care more about it.

"And as you use it, the blade patinates so everything you cut leaves its mark on the blade.

"In a year's time, the blade looks completely different to how it did the day you got it.

"It's dark and mottled and the steel looks really utilitarian - which I think is stunning - it's the blade telling the story of its own use, and it's made to be used". 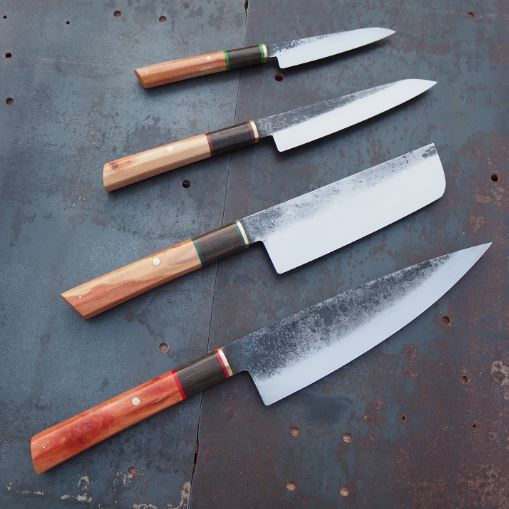 On his waiting list, he said he has brought his dad onboard.

"I'm very, very lucky in that my dad recently retired and I share a studio with him here and he is extremely handy.

"I was scratching my head about a year ago saying 'I'm going to have to up production, I'm going to be able to make these knives quicker - or else I've have to sell them for so unaffordable that the business won't be able to sustain itself'.

"So Mike said 'I'll come on as your assistant in the meantime, while we work out can this be a two-man job'.

"It's very good to have him, he's a really, really good problem-solver and that gives me a bit of space to work out making X amount of knives and being able to sell them at X amount of money - and is this sustainable".

"It's a matter of keeping up to speed with the numbers: X amount of knives have to go out the door cause X amount of money has got to come in each week.

"I'm still very much in the teething stage of 'Is this sustainable, will be able to make a living from it?' Hopefully."

Arts 'should be included with STEM subjects'