A man has been arrested in connection with the seizure of €33,000 worth of MDMA in Dublin. Gard...

A man has been arrested in connection with the seizure of €33,000 worth of MDMA in Dublin.

Gardaí and Revenue officers searched a property in the Dollymount area earlier today.

They discovered around 560 grams of the drug MDMA.

A 23-year-old man was arrested in connection with the discovery.

He's being held at Raheny Garda Station under the provisions of Section 2 of the Criminal Justice (Drugs Trafficking) Act 1996.

Separately, cannabis and cocaine worth more than €30,000 were seized in Dublin yesterday morning. 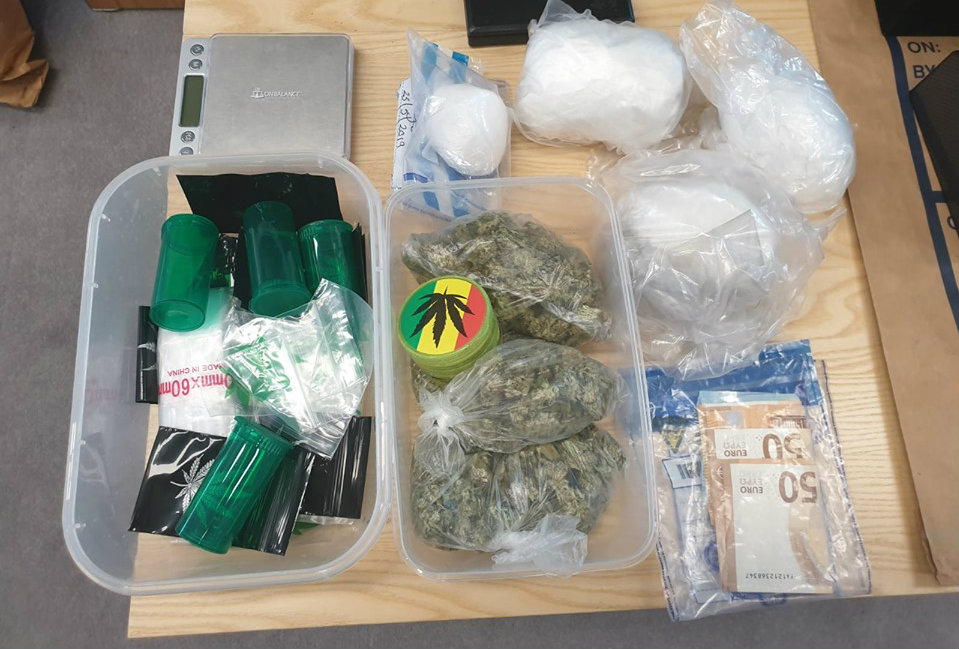 Cannabis and cocaine worth over €30,000 seized in Dublin

It was part of an operation targeting the sale and supply of drugs at street level in the city centre.

Officers searched a number of flats in the Pearse Street area.

Following the discovery of the cannabis and cocaine, three men were arrested as part of the operation.

They were taken to Pearse St Garda Station and held under drug trafficking legislation.

They were later charged to appear before the courts.