Sinn Féin leader Mary Lou McDonald has said she does not believe she has anything to apologise f...

Sinn Féin leader Mary Lou McDonald has said she does not believe she has anything to apologise for about the attendance at the funeral of IRA man Bobby Storey.

The DUP, SDLP and The Green Party have called for Sinn Féin's Northern Leader Michelle O'Neill to step aside over her attendance.

There were hundreds of people at the Belfast funeral, including the leadership of Sinn Féin.

Ms O’Neill has insisted she followed public health guidelines while attending the funeral and accused her rivals of "political point-scoring."

And Ms McDonald does not believe Ms O'Neill or anyone in the party should step down.

"When it's somebody who is known and admired and loved - or somebody who loses their life in very tragic circumstances - people will come out to pay their respects.

"So I think there needs to be, above all else in this circumstance, absolute thought and sentitiveities to the families in question". 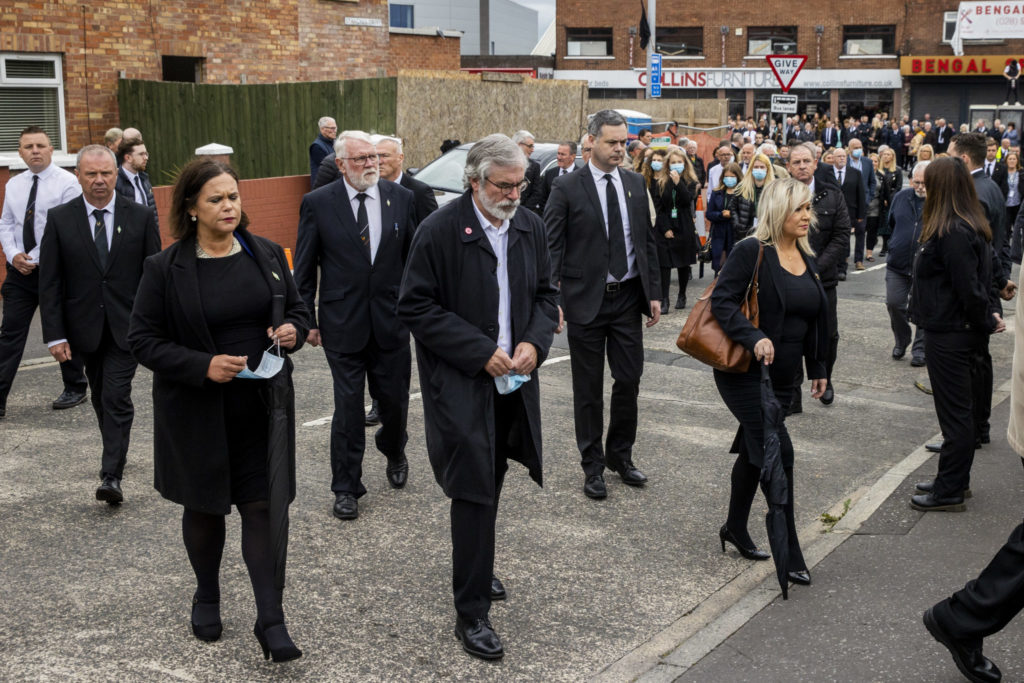 It follows on from comments by Sinn Féin's finance spokesperson Pearse Doherty, who said that while there were restrictions in place, “you can’t control everything.”

"There were restrictions in place and those restrictions were abided to," he said. "There was a restriction in relation to the number of people that could be part of the cortege, which was 30.

"That meant that a lot of people, close friends and extended family members could not participate in relation to the cortege.

"There were also restrictions in relation to the church where social distancing and limited numbers had to be in place and that was done."

The Northern Ireland Executive's current guidelines on funerals state that social distancing should be practised at all times and a maximum of 30 family members or friends should attend.