Since COVID there has been a “massive rise in the amount of people carrying knives” in Irelan...

Since COVID there has been a “massive rise in the amount of people carrying knives” in Ireland, a self-described bladesmith has said.

In the wake of the school shooting in Uvalde, Texas the issue of self-defence is being debated on both sides of the Atlantic.

While guns are hard to obtain in Ireland, knives are easy to buy and one Texan living in Dublin told Newstalk that he carries one for self defence:

“God-willing, I won’t have to use it for self-protection, but I would rather have it if that threat arises,” he said.

However, according to bladesmith Jamie, carrying a knife is about far more than self-defence:

“If you were going for a walk on the beach, say, and you came across a sea bird, stranded and stuck in some netting or something like that, you wouldn’t be able to help [unless you had a knife],” Jamie told Lunchtime Live.

“For most people, having a knife in your pocket, it’s not a weapon,” he continued.

“It’s just there for all the tasks that you need… Even something simple. I was out on a walk recently up in the Comeraghs and my shoelace snapped - well it degraded.

“So I was able to pull it out, cut the other one off and split it in two and not risk hurting the ankle on the way down.”

Carrying a knife in Ireland is illegal and anyone found “in any public place [with] any knife or any other article which has a blade or which is sharply pointed, he [is] guilty of an offence.” 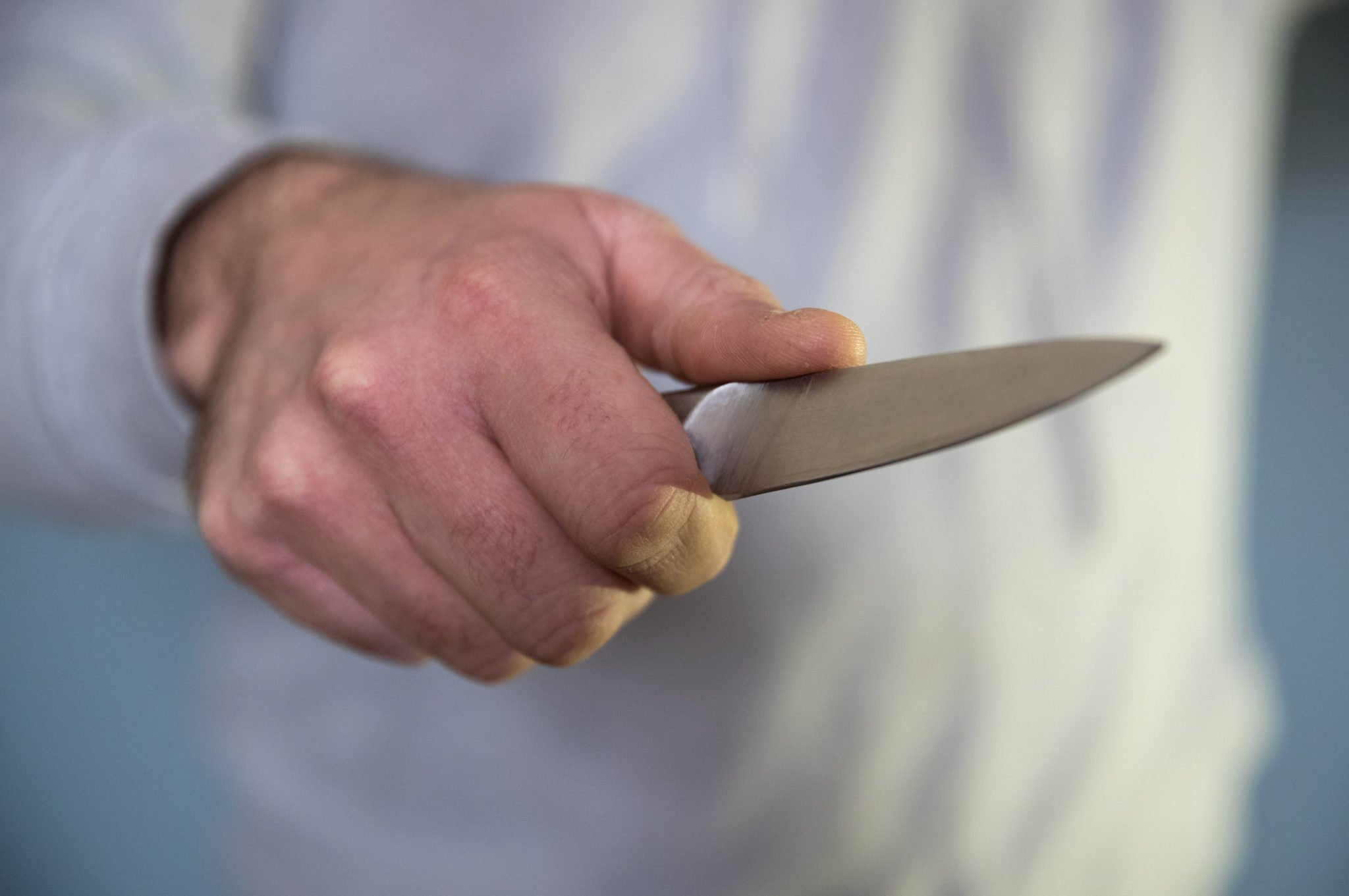 EMBARGOED TO 0600 WEDNESDAY APRIL 8 File photo dated 16/01/20 of a model posing with a knife. Five mothers have relived the hardest phone calls they had to make after their sons were stabbed to death, in a bid to urge Londoners to speak up about knife crime. Issue date: Thursday April 8, 2021.

Under the law, there is also a defence of having a good reason to carry one and for blacksmith Jamie maintains a knife is an important tool in his professional life:

“If I want to open up a bag on coke for the fire, if I want to sharpen a pencil or the drawings it’s there,” he explained.

“If I get home and that knife is still in my pocket when the box from Amazon arrives I slice it open, instead of destroying one of my good kitchen knives.

“If my car flipped upside down on my way home, instead of the sunglasses in the sunglasses compartment, I have a little safety knife. I would be able to cut [my way out].

“To be honest with you, if you’re enjoying the outdoors and you don’t have a knife on you, it’s a bit irresponsible.”