The famous Notre Dame cathedral in Paris is to host its first mass since a major fire engulfed it in April.

The service is set to take place on Saturday in a side chapel.

The Catholic News Agency reports the mass will be the feast of the dedication of Notre Dame.

It will be said by Archbishop Michel Aupetit of Paris.

The blaze destroyed parts of the medieval building, while the main stone structure - including its two towers - was saved.

However the spire and roof collapsed.

Police are treating the incident as an accident, with a short-circuit believed to be the most likely cause of the fire. 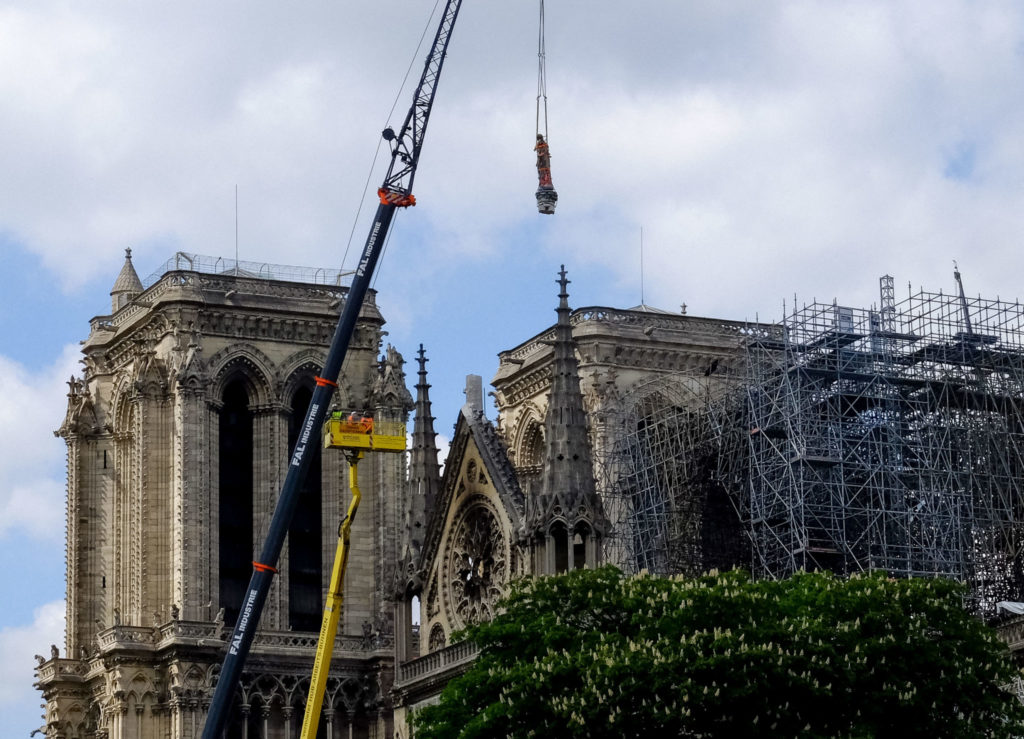 French President Emmanuel Macron has said he wants the work to restore the building completed by 2024.

He told the French people in April: "We will re-build the cathedral and will make it even more beautiful.

"I want that to be done within five years, because we can do it."

Around €900m has been donated to re-build the destroyed sections of the cathedral.

An international fundraising campaign has also been launched.