Sinn Féin leader Mary Lou McDonald has received the most votes in the Dáil to become the next T...

Sinn Féin leader Mary Lou McDonald has received the most votes in the Dáil to become the next Taoiseach - but not enough to be elected to the role.

Ms McDonald received 45 votes in favour of her candidacy, 84 against and 29 abstentions.

Mary Lou McDonald loses vote to become Taoiseach, but gets the most votes.

While both Fianna Fáil and Sinn Féin have the same number of deputies - 37 each - Mary McDonald won the most votes due to the support of a number of left-wing groups and parties.

The Social Democrats, however, confirmed they would not be voting for anyone during the sitting - with co-leader Róisín Shortall saying it would be 'meaningless' for them to do so without a programme for government in place.

Mr Varadkar will resign tonight  - but will remain as Taoiseach until a new government is elected.

His government are also set to continue in a caretaker capacity.

The Dáil will now be adjourned, with government formation talks set to continue between the different parties. 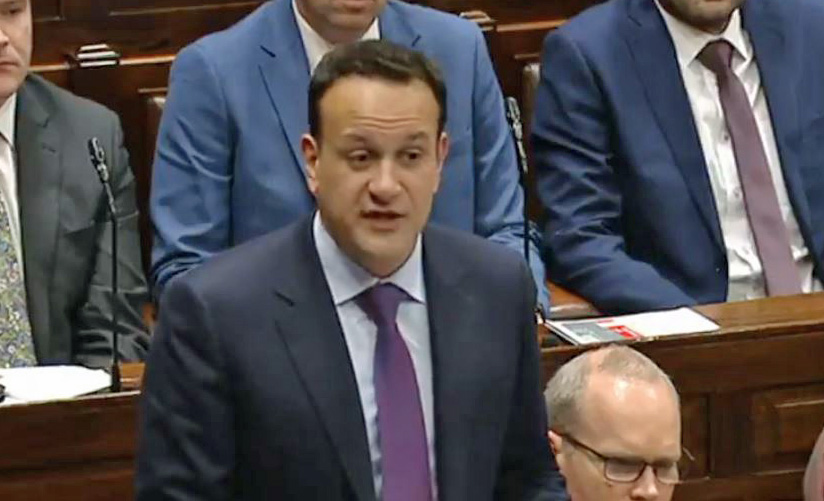 The Dáil is set to sit again around March 5th.

If no Taoiseach is elected then, Mr Varadkar will go to Washington DC for annual the St Patrick's Day trip.

Mr Varadkar used a closing statement to congratulate all TDs elected to the House.

He added: "Immediately after today's sitting is concluded, I will travel to Áras an Uachtaráin to inform the President of my resignation from this office and that of the Government.

"In accordance with Article 28.11 of the Constitution Bunreacht na hÉireann the Government will, and I quote, continue to carry out its duties until a new government has been appointed.

"I will likewise continue as Taoiseach until the election of that new government."

"We've many precedents for what happens next - and I want to reassure the Irish people that we have a Government and it will continue to work for you and your interests".

Ahead of the vote, Solidarity, People Before Profit and RISE confirmed they would support Deputy McDonald's bid to become Taoiseach.

Dublin South-West TD Paul Murphy said he was voting for Ms McDonald "to give effect to the desire for radical change expressed at the election". 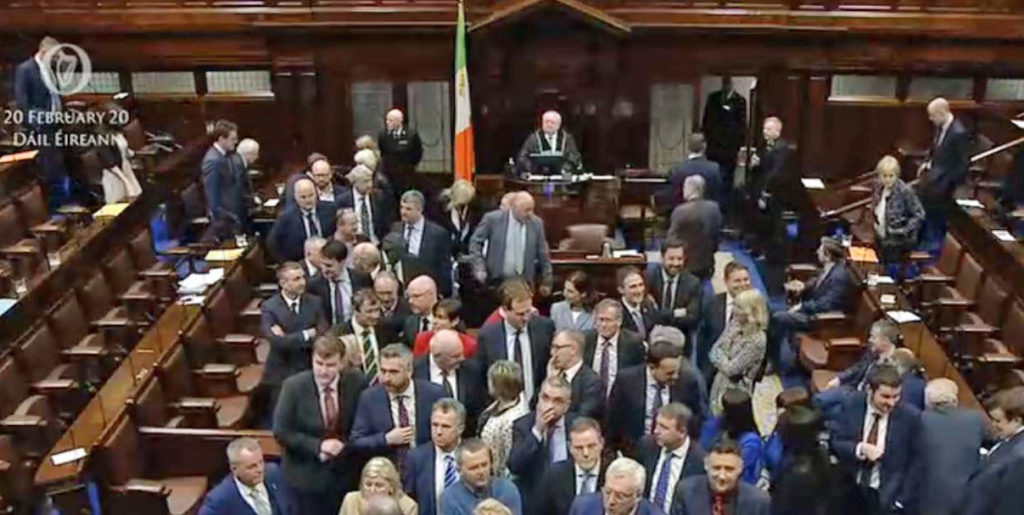 TDs voted to elect a new Taoiseach in the Dáil chamber on Thursday | Image: Oireachtas

He said: "Sinn Féin should be under no misunderstanding about the nature of my vote.

"These are not votes to be used to strengthen their hand for negotiations with Fianna Fáil.

"They are votes for an alternative government, excluding FF and FG. While voting for Mary Lou McDonald, I also say to her very clearly - if you form a government with Fianna Fáil, it will represent a betrayal of your voters, and I will oppose that government, because it will block the change we need."

Nominating his party leader, Sinn Féin's Pearse Doherty said the results of the election were "seismic" for the Irish political landscape.

Speaking in the Dáil, Deputy Doherty said: "We need ambition, we need big ideas, and we need a government of change.

"We need someone who is not in politics for power or for status... we need someone different, we need change, and now is the moment for change."

She told the Dáil: "I nominate him mindful that he is a person who is determined to lead a government which will not just talk about change, but actually deliver it.

"He will do it in a way that strengthens the social, economic, environmental and cultural pillars of our society."

Bernard Durkan, who is the oldest member of the Dáil, nominated Mr Varadkar - suggesting the current Taoiseach had served with 'distinction, honour and courage'.

Mr Ryan's name was put forward by the Green TD Joe O'Brien, who held his seat after first being elected to the Dáil in a by-election last November.

Deputy O'Brien said: "Sometimes real leadership emerges not when there is a big shiny prize to be won, but when the going is really tough and there is no thanks and no plaudits to be had... Eamon has proven himself in that regard over the last nine years."

Motion for dedicated transport police to go before the Dáil