It 'beggars belief' that the UN failed to agree a resolution on climate change security - Martin.

Micheál Martin has hit out at the failures of the UN Security Council in his last UN address as Taoiseach.

In his speech to the General Assembly in New York, Mr Martin said it “beggars belief” that the UN had failed to agree a resolution on climate change.

He slammed Russia for vetoing the resolution, put forward by Ireland and Niger, calling it a “singular failure of political will and political responsibility”. 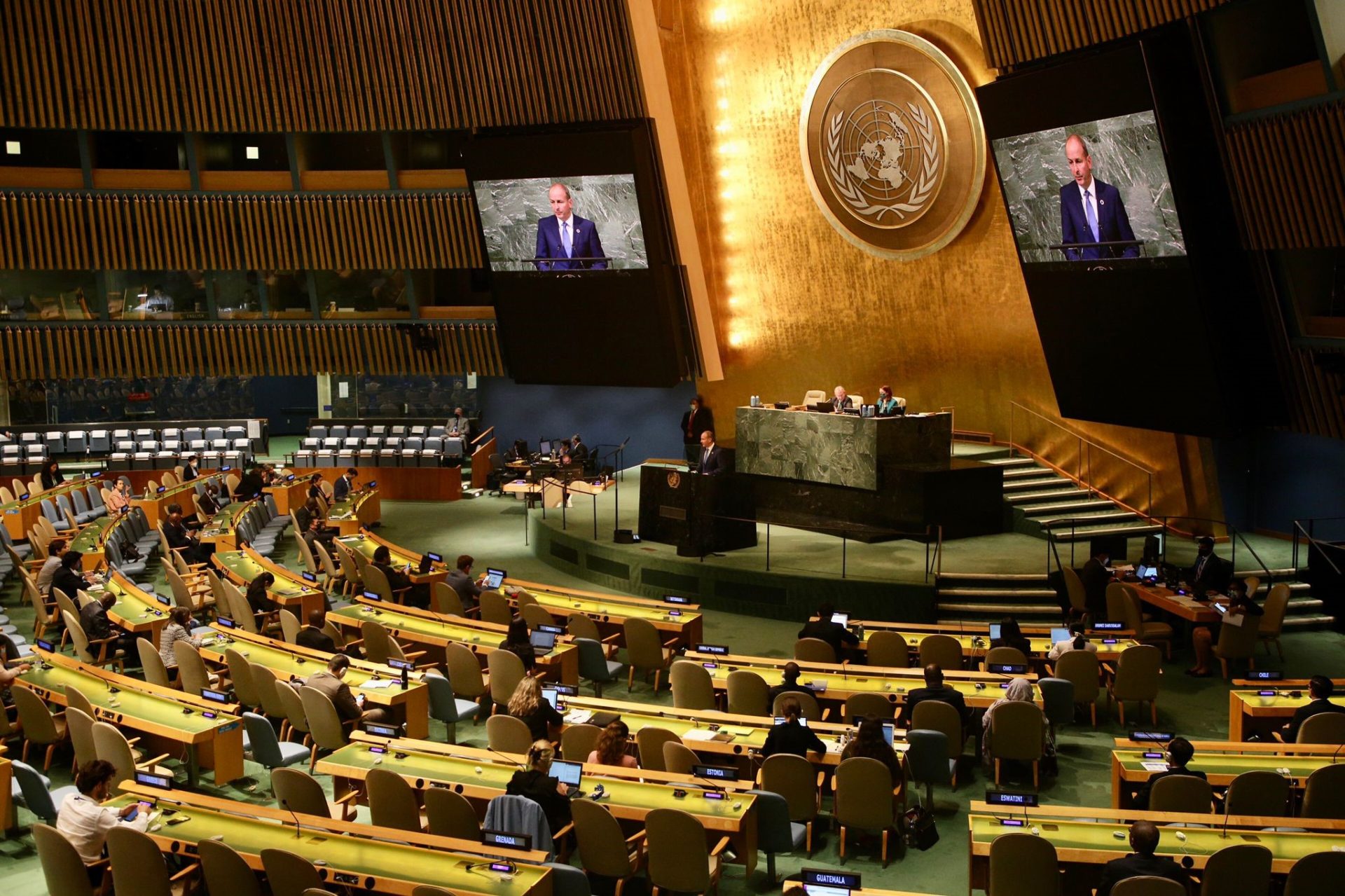 Mr Martin also used his speech to strongly criticise Russia’s invasion of Ukraine and take aim at Israel, labelling its settlements in occupied land a “clear violation of international law” that stand in the way of any future peace.

He said he was speaking at a time of real challenge for democracy, warning that UN institutions need to be reformed.

“A year ago, I stood before you and spoke of our ambition for the Council to adopt a resolution on climate and security,” he said.

“Along with Niger, we worked tirelessly to craft a resolution that reflected the reality that climate change is increasingly driving insecurity and acting as a threat multiplier.

“We challenged the Council to take on its responsibilities to address the impact of climate change on international peace and security.

“113 countries; 113 of the members of this assembly supported us in our efforts.

“One country - Russia - vetoed these efforts.

“It frankly beggars belief that, in 2022, the UN body charged with the maintenance of peace and security, has still not taken on its responsibilities in this area.

“It is a singular failure of political will and political responsibility.”

Mr Martin said the world’s political structures and bodies need reform, but it is the lack of “political will to implement and uphold them” that is fundamentally failing the world.

The Taoiseach also used his speech to strongly criticise Russia's invasion of Ukraine.

“We have to name what we are seeing. These actions, taken collectively, show Russia behaving as a rogue state.”

He then took aim at Israel, saying it was actively blocking a two-state solution with Palestine.

“Israeli settlement building continues to undermine - it would seem knowingly and deliberately - the viability and territorial continuity of a future Palestinian State, and to jeopardise the two-State solution,” he said.

“Settlements are a clear violation of international law and today stand in the way of a just, lasting and comprehensive peace.”

Micheál Martin said he was speaking in the centenary of Irish independence, and he hoped whoever was Taoiseach in another 100 years would see the current problems already consigned to history.