March by group in paramilitary uniforms in Dublin criticised

The Justice Minister Charlie Flanagan has critcised a group of people in paramilitary uniforms, w...

March by group in paramilitary uniforms in Dublin criticised

The Justice Minister Charlie Flanagan has critcised a group of people in paramilitary uniforms, who marched through Dublin city on Saturday.

The group - who call themselves Saoradh - marched down O'Connell Street for a so-called 'Unfinished Revolution' event.

Founded in September 2016, the organisation is calling for a "united 32 county socialist republic".

In a statement, he said: "I know that all right-thinking members of the public are sickened at the sight of a small number of people in paramilitary uniforms, particularly after the horrific killing of a young journalist, Lyra McKee, in Derry on Thursday night. 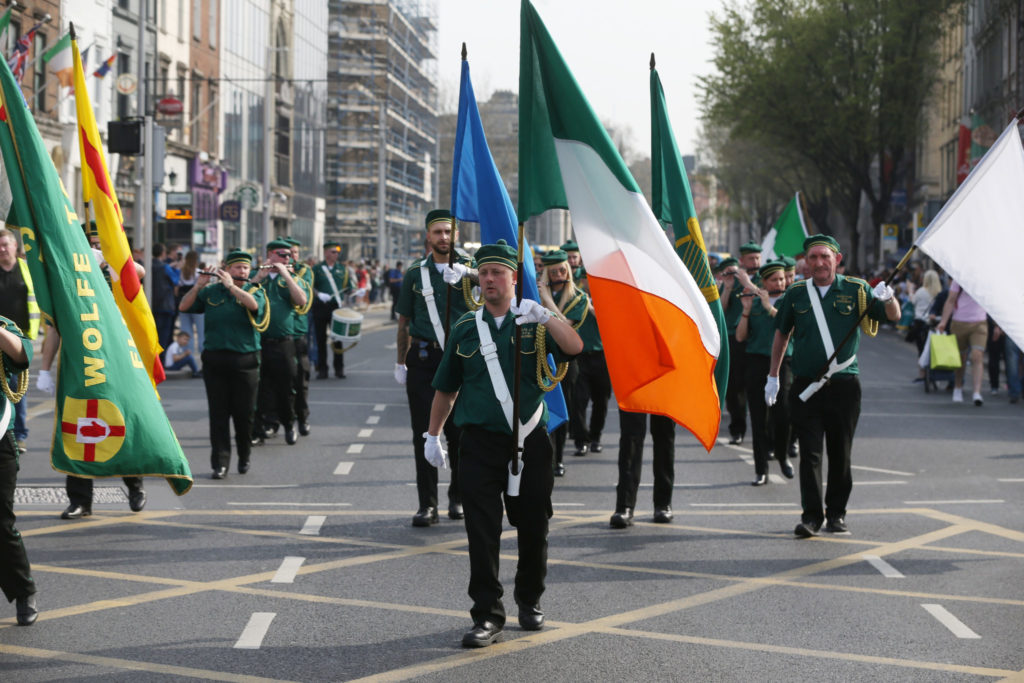 "These demonstrators do not represent the views of the Irish people who have been united for many decades in rejecting paramilitarism and are rightly revulsed at this display.

"I am informed that An Garda Síochana policed yesterday's O’Connell Street event appropriately and with restraint in the circumstances.

"The Gardaí have to continually use their training and judgment to balance the rights of people to demonstrate.

"They do this well and maintain the public's trust.

"At the same time, I am regularly briefed on these matters and I am satisfied that the Gardaí prioritise the security of the state in monitoring of all dissident activity and will continue to do so, in conjunction with the PSNI and other security partners".