A "vulnerable" man suffering with a psychiatric medical condition died in his cell at Limerick Pr...

A "vulnerable" man suffering with a psychiatric medical condition died in his cell at Limerick Prison after a "systems failure, in relation to his incarceration", his inquest has heard.

Sean Hayes Barrett died six days before his 32nd birthday, while he was being held on remand at the jail, between April 16th and May 5th 2017.

His family said they had still not been told why he had been arrested.

Prior to his incarceration, Mr Hayes Barrett had spent five weeks in a psychiatric ward at University Hospital Limerick.

He was on medication to treat signs of suicidal ideation, but it was accepted that while he was being held in prison he was not given adequate doses of his medication.

He had no record of being arrested prior to his incarceration and he no previous convictions.

He was found dead in his cell which he did not share with anyone on May 5th.

A number of prison officers, who were on duty at the jail on the night, gave evidence they had no prior knowledge of Mr Hayes Barrett's psychiatric medical history.

They said they were "not aware" he was on a list of "special observations" prisoners, who as part of the prison's own protocols, required they be checked every fifteen minutes.

The inquest heard that Mr Hayes Barrett should have been checked 36 times, but he was checked on only nine occasions.

He had complained to a loved one during a recorded telephone call made from the prison that his mental health was suffering because he was being kept in a cell on his own.

Investigations were carried out by Gardaí, the Inspector of Prisons and by Limerick Prison. 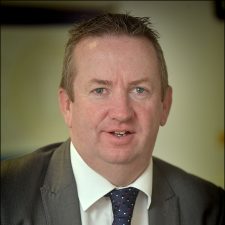 Governor of Limerick Prison, Mark Kennedy, said CCTV footage from the jail - which was requested by the Inspector of Prisons -had "disappeared", most likely due to human error, when it was being transferred "by our IT department" to the Inspector's office.

He agreed prison officers were not aware of Mr Hayes Barrett was a special obs prisoner.

He said the prison's "manual system" at the time - whereby a list of special obs prisoners would be printed out and left for staff on a sheet of paper - "wasn't robust".

"We weren't 100% that the officers on the night got the up to date special obs list," Mr Kennedy said.

Sean's death was "landmark case" which proved to be a "watershed" for the prison service that led to a "root and branch review" of how prisons deal with vulnerable prisoners, it was heard.

New protocols have been implemented to try to prevent such a tragedy occurring again, he said: "The whole system has changed."

An internal prison probe discovered the "practicalities of what we were doing as a service didn't stack up".

Prison protocols at the time meant it was "physically impossible" for staff to make all their checks and deal with any other emergency situations that could arise within the prison population, he said.

Staff were "diverted" to another serious injury on the night, it was heard.

"We didn't abide by our own protocols. Our own protocols were that he needed to be checked every fifteen minutes and that didn't happen," Mr Kennedy said.

"It is fair to say this case was a landmark case, and, as a result of Sean's death the whole system has changed throughout the prison service."

"Sean Hayes Barrett was a loving and loved son, nephew and friend.

"Sean unfortunately suffered from a diagnosed psychiatric issue immediately prior to his death.

"Sean had never been in any trouble whatsoever in his life - to this day, he's never been convicted of a single criminal offence.

"Despite this, Sean found himself incarcerated in Limerick Prison where, after being deprived of his correct and prescribed medication - alone and vulnerable - he took his own life".