A man remains in Garda custody in connection with the murder of a young boy in Limerick city on S...

A man remains in Garda custody in connection with the murder of a young boy in Limerick city on Sunday.

11-year-old Brooklyn Colbert died after an assault at a house in Ballynanty.

His body was discovered by gardaí shortly after 7.00pm. He was pronounced dead at the scene a short time later. 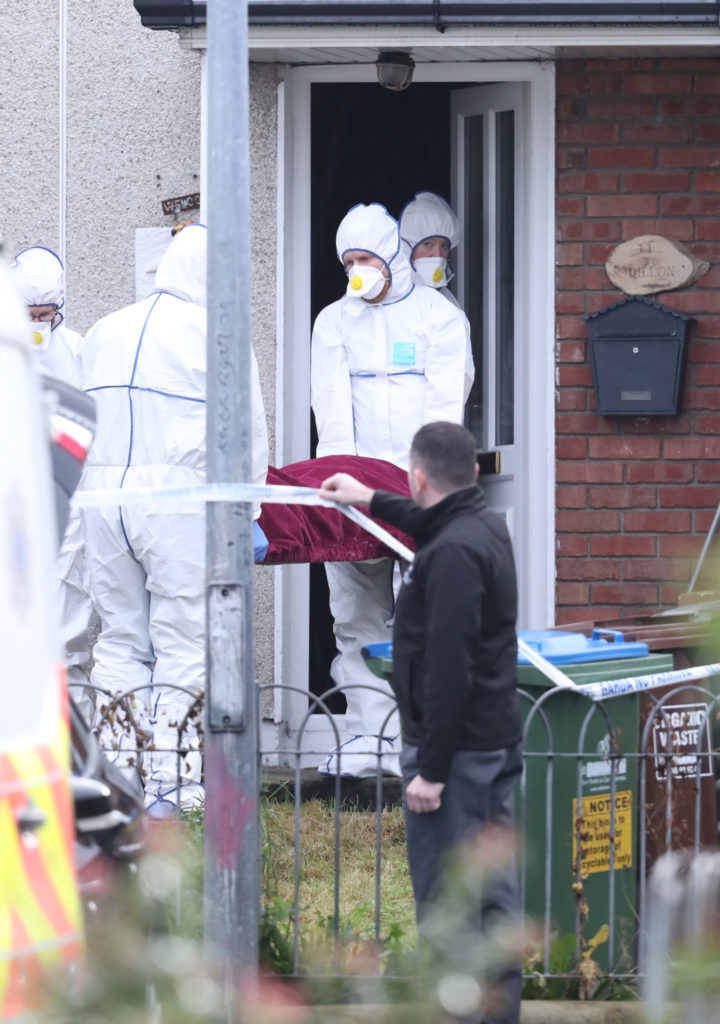 A body is removed by forensic officers from the scene at Shanabooly Road in Limerick | Image: Niall Carson/PA Wire/PA Images

However gardaí say no details are being disclosed "for operational reasons."

The arrested man, aged in his 20s, remains in custody.

Today, gardaí issued a fresh appeal for information and confirmed a murder enquiry is underway.

They said: "Any person who was in the vicinity of Shanabooley Road, Ballynanty or in the Moyross area between 4pm and 7pm on Sunday night 3rd November 2019 and who saw anything suspicious or to any person who may have information in relation to this investigation is asked to contact the incident room at Mayorstone Park Garda Station on 061-456989, the Garda Confidential Line 1800- 666 -111 or any Garda Station."

Main image: Forensic officers at a house in Shanabooly Road in Limerick where the body of an 11-year-old boy was discovered on Sunday evening | Image: Niall Carson/PA Wire/PA Images