A man in Britain has been found guilty of bludgeoning his wife to death with a crowbar, after she...

A man in Britain has been found guilty of bludgeoning his wife to death with a crowbar, after she called him "limp and useless" because he suffered from erectile dysfunction.

David Pomphret (51) claimed it was manslaughter after he struck Ann Marie Pomphret (49) over the head more 30 times on November 2nd 2018.

The Barclays Bank IT worker, who is facing life in prison, unleashed the "frenzied" attack on his wife in the stables where they kept their horses near their home in Cheshire, England.

Pomphret was a "quiet man who snapped" after his wife taunted him for having erectile dysfunction, Liverpool Crown Court heard.

His wife of 22 years had been "ranting" at him and called him "limp and useless" before slapping him, the jury was told.

Pomphret killed her before washing the blood off his hands, throwing the crowbar in a pond and burning and discarding bloodstained clothes.

He later dialled 999 and said he had found his wife "very dead" in a pool of blood.

Pomphret told emergency services: "There is brain and blood everywhere, and it looks like she has had her head beaten in."

He initially claimed he was innocent and was released on bail. 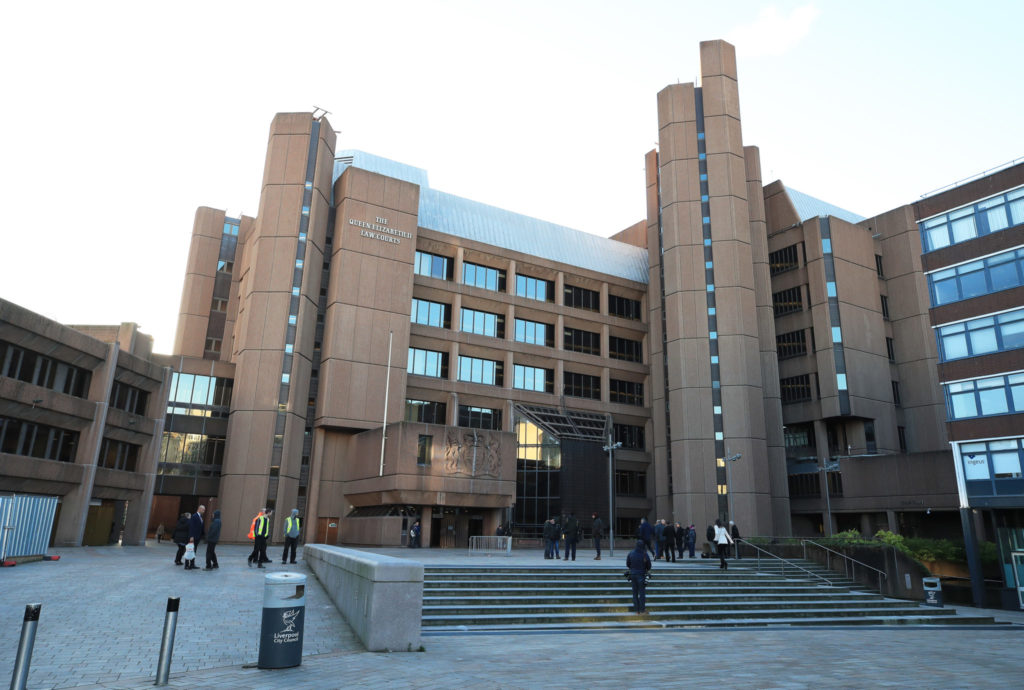 But he was re-arrested after police found his wife's "airborne blood" on his socks, a "huge mistake" which put him at the scene of the crime.

He then had to change his story, the jury was told, and admitted manslaughter.

Pomphret tearfully told the court he "killed the woman I loved".

He blamed his wife's behaviour and claimed a "special defence" of a temporary loss of control.

Pomphret was convicted of murder by the jury on Friday following a 10-day trial.

The attack came after he suffered abuse from his "volatile" wife who was autistic and had a borderline personality disorder, the trial heard.

Gordon Cole QC, prosecuting, told the jury: "One huge, huge mistake -this man did not get rid of his socks.

"Without the socks, there is no forensic evidence linking him to the scene.

"The huge mistake was he did not get rid of his socks. There was airborne blood that put him at the scene of the murder."

Pomphret gave no reaction as the chairman of the jury delivered the unanimous guilty verdict following 10 hours, 42 minutes of deliberations.

His daughter, Megan (18) watched from the public gallery, supported by friends and police officers.

Judge David Aubrey told Pomphret: "You have been convicted by the jury of the crime of the murder of your wife. There can only be one sentence - a sentence of life imprisonment."

He said he would set the minimum term before the defendant is eligible for parole when he passes sentence next Tuesday.