A father-of-two who was stabbed to death in South County Dublin overnight has been named locally ...

A father-of-two who was stabbed to death in South County Dublin overnight has been named locally as Derek Reddin.

The 31-year-old was stabbed a number of times on Loughlinstown Drive just after midnight.

It is believed it happened during a fight with a group of other men.

He was pronounced dead at the scene.

Gardaí have launched a murder investigation and are continuing to question two men in their 30s arrested this morning.

Two men in their 30s have been arrested pic.twitter.com/JYTw5JSpyJ

This woman lives nearby.

“It is very quiet around here. It is very sad on his family, his children and the other families as well no matter what way you look at it.

“I just can’t believe it. You just can’t get it into your head at all. I am very shocked.”

Parish priest Enda Lloyd said it must be incomprehensible for his family.

“It must be impossible to understand how a thing like that could happen,” he said. “Just to be out last night and then not to come home. It is terrible.”

He appealed to people in the area not to carry knives.

“Life is so sacred; so important," he said. "I suppose we don’t realise how important it is until something like this happens and we see how a life can just end so very suddenly

“So I would appeal to all, please, put away all instruments of violence.

“Put them away, please, there has to be another way to solve things.” 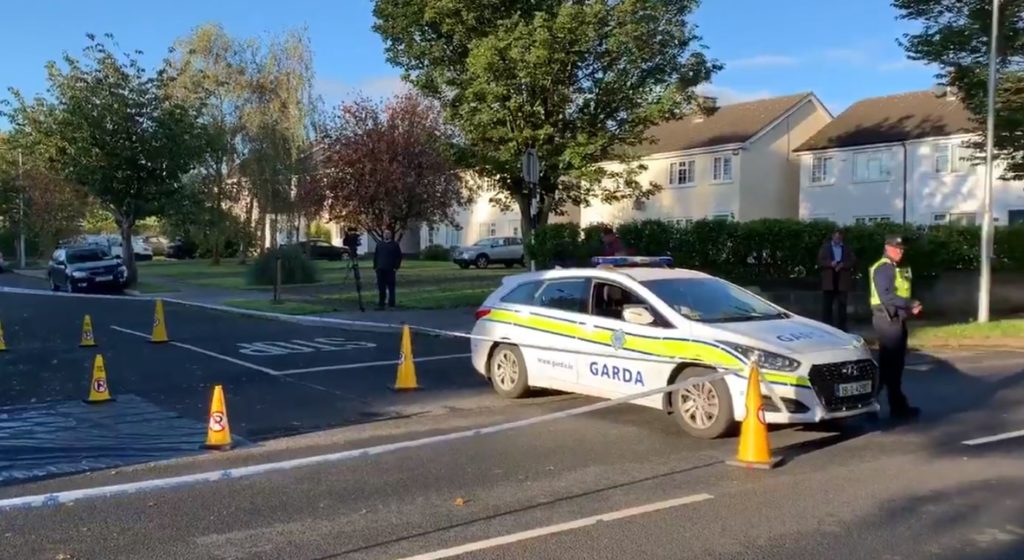 Gardaí at the scene in Loughlinstown | Image via @Stephen_Murphy5 on Twitter

The body of the dead man been removed to the Dublin City Morgue, where Assistant State Pathologist Dr Bolster is due to carry out a postmortem later.

The area has been preserved for a technical and forensic examination.

Gardaí are appealing for witnesses - and particularly those who were in the vicinity of Loughlinstown Drive between 11.30pm and 12.15am - to come forward.

They are also appealing to motorists with dash cam footage to make it available to the investigating team.

With reporting from Stephen Murphy