A man has been arrested following a suspected arson attack at an animation studio in Kyoto in Jap...

A man has been arrested following a suspected arson attack at an animation studio in Kyoto in Japan.

A fire broke out at the Kyoto Animation Company studio on Thursday morning, when around 70 people were inside the building.

Local media quoted authorities as saying a man had poured a liquid that appeared to be petrol around the studio.

Witnesses reported hearing the man shouting "die" as he then set fire to the building.

The attack was one of the worst mass-killings in Japan's history.

Fire department officials say 33 people died and 36 others were injured. 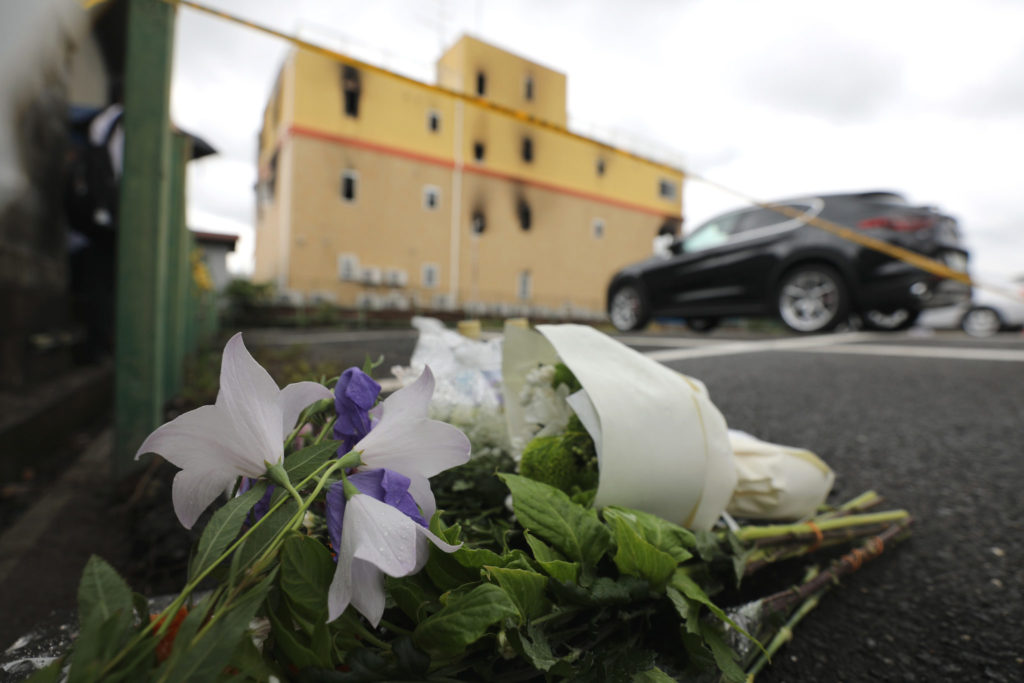 Flowers are seen near the site of an arson attack in Kyoto, Japan | Image: Du Xiaoyi/Xinhua News Agency/PA Images

Many of those who died were reportedly found on a stairway trying to escape the flames.

According to news reports, witnesses to the man's arrest said he had alleged at the scene that the company had stolen some of his ideas.

United Nations chief António Guterres said he was "deeply saddened" at the deaths in the city of Kyoto.

"The Secretary-General is deeply saddened by the loss of life caused by the arson attack and fire in Kyoto", said a statement issued by the UN spokesperson's office.

"He extends his condolences to the families of the victims and to the people and the Government of Japan. He wishes those injured a swift recovery."

Mr Guterres added that the UN "stands in full solidarity with the government and people of Japan."

Dozens of people gathered outside the building in Kyoto on Friday, laying flowers and offering prayers.

The Kyoto Animation Company has produced popular hand-drawn and computer animation - known as anime - programmes including 'K-On', and 'The Melancholy of Haruhi Suzumiya'.

It also publishes graphic novels, many of which focus on the school life of teens.

One of its recent series, 'Violet Evergarden', has been picked up by streaming giant Netflix.