A new major urban development could be created as part of a regeneration project in south-west Du...

A new major urban development could be created as part of a regeneration project in south-west Dublin.

The City Edge plan encompasses the Naas Road, Ballymount and Park West areas of the city.

There is an existing residential population of just over 5,000 people there, but the planners say there is "huge scope to provide much needed new homes."

It says such homes should be "accessible for people of all ages, abilities and income levels."

The area has a mix of industrial, commercial and employment that supports some 25,500 jobs - which accounts for 4% of Dublin's employment.

Nordhaven in Copenhagen and Kings Cross, London are among places being used as templates.

Mick Mulhern is on the City Edge steering committee, and director of planning at South Dublin County Council.

He told The Hard Shoulder there is a lot of potential.

"So it definitely needs a plan for its future.

"What this consultation is all about is showing people the work that we've done... setting out what we think the vision [is].

"If you overlaid this area over the city centre, it's actually bigger than Dublin city centre - between the two canals at the moment. 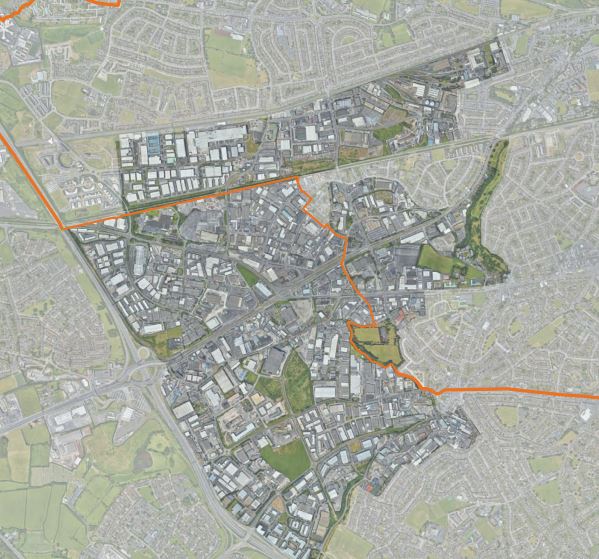 The City Edge project, with the council boundary marked in orange. Picture by: City Edge Project

"So now's the time to think about 40, 50 years into the future about how this really important part of the city needs to be shaped over time".

He says the businesses in the area are paramount to the proposals.

"Those businesses currently provide 1.9 billion GVA to the Irish economy, and offer about 4% of Dublin's jobs.

"So absolutely this is not about brushing people aside and forgetting about them.

"It's figuring out how new development can fit in around that".

And he says the new way of working will also form part of the plans.

"So how do we think about employment over the next 20 or 30 years, and the needs that we'll all have from that, is all of the work that we're doing at the moment".

Transport links are also being looked at, including an expansion of the Luas and rail networks.

"The ideas are around new Luas stops on the Luas line between Kylemore and the Red Cow. 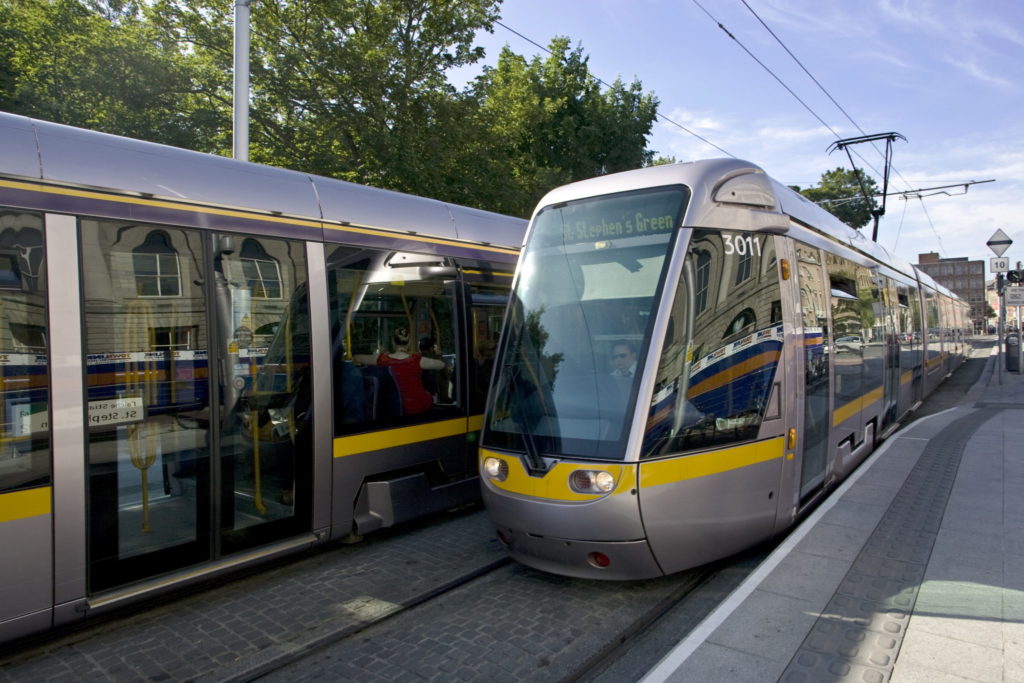 The Luas is seen at St Stephen's Green, Dublin in 2008. Picture by: Peter Mccabe/Zuma Press/PA Images

"As you come out of Houston, and you pass through Ballyfermot, a new train station there - which would follow on from the DART+ programme.

"But that would have about 15 trains an hour stopping there.

"So if you imagine living in Ballyfermot at the moment... you could have a new train station, five minute walk from your house, with 15 trains an hour bringing you into Houston and all the way into the city centre.

"So not only does it benefit places like Ballyfermot, Inchicore and Drimnagh but it also benefits new people that we want to attract to live in this place".

Main image: Urban regeneration in Copenhagen is being used as an example. Picture by: City Edge Project