A new postmark commemorating Jack Charlton is a way to remember an 'English hero and Irish legend...

A new postmark commemorating Jack Charlton is a way to remember an 'English hero and Irish legend', according to the An Post CEO.

An Post and Royal Mail are teaming up to commemorate the footballer and manager's legacy over the next three weeks, following his death earlier this month.

All stamped envelopes and postcards sent across England and Ireland will feature the dedicated postmark.

An Post CEO David McRedmond spoke to The Hard Shoulder about the initiative.

He observed: "We are doing a postmark, which is the stamp that cancels out a stamp on a letter. We're doing a joint postmark between here and the Royal Mail - so every letter posted in Britain or Ireland between now and August 9th will have a postmark with a football. Written underneath is 'Jack Charlton, 1935-2020'.

"I think it's a really great way to commemorate somebody who had such an extraordinary impact... such an English hero - indeed a Leeds' hero - and then became an Irish legend." 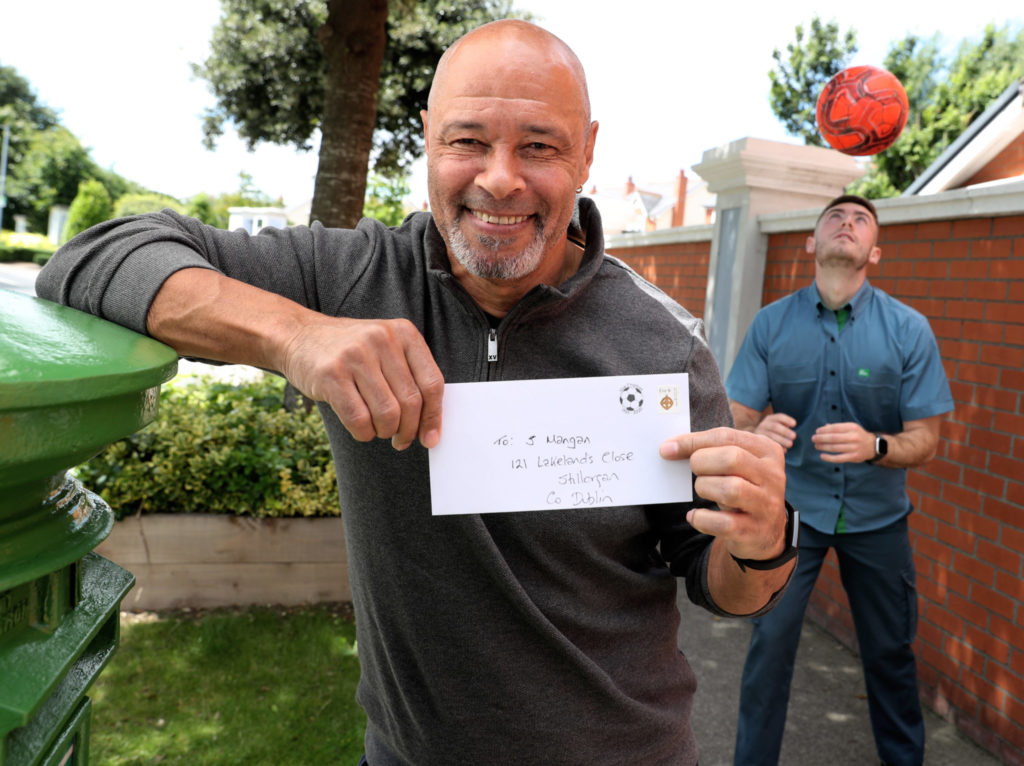 Pictured at the unveiling of a new Postmark commemorating the late great Jack Charlton, the first ever joint postmark issued by An Post and Royal Mail are: Former Irish International footballer, Paul McGrath and Dublin Postman and Bray Wanderers Footballer,  Derek Daly.

Mr McRedmond said it's an opportunity to remember the shared culture between England and Ireland - particularly around football - "at a time of Brexit and COVID, when there isn't much travel".

He believes people will keep envelopes with the postmark as a memento - but he isn't ruling out the prospect of a full Jack Charlton stamp at some stage.

He said: "There's no saying there won't be a stamp to Jack Charlton in the future - it just it takes quite a long time to organise a stamp, get it through, get it printed."

The postmark will be applied to mail starting today and will continue to be used until Sunday August 9th.

Group to report back on licence fee reform by November - Martin