It is “perverse” that some vulnerable people are facing a longer wait for their second vaccin...

It is “perverse” that some vulnerable people are facing a longer wait for their second vaccine dose than people who are less at risk, according to Professor Luke O’Neill.

Trinity Professor Luke O’Neill has been calling for a “mix and match” approach with vulnerable patients who were originally given AstraZeneca offered a different brand to reduce the waiting times.

On The Pat Kenny Show this morning, he said the threat of the Delta variant, first identified in India, makes the need for change all the more urgent.

“The second thing that would worry me I think would be the four-week thing. You know they have said if you have had AstraZeneca - your first shot - four weeks later you can begin to benefit from the vaccine bonus.

“Now that Delta is here, that has changed because that single shot still puts you at risk of catching the Delta form so again, they should change these guidelines in the face of Delta really.

“The whole thing has changed really in many ways because of Delta so we are all hoping NIAC (National Immunisation Advisory Committee) might give an opinion on this because it is a serious issue right now.” 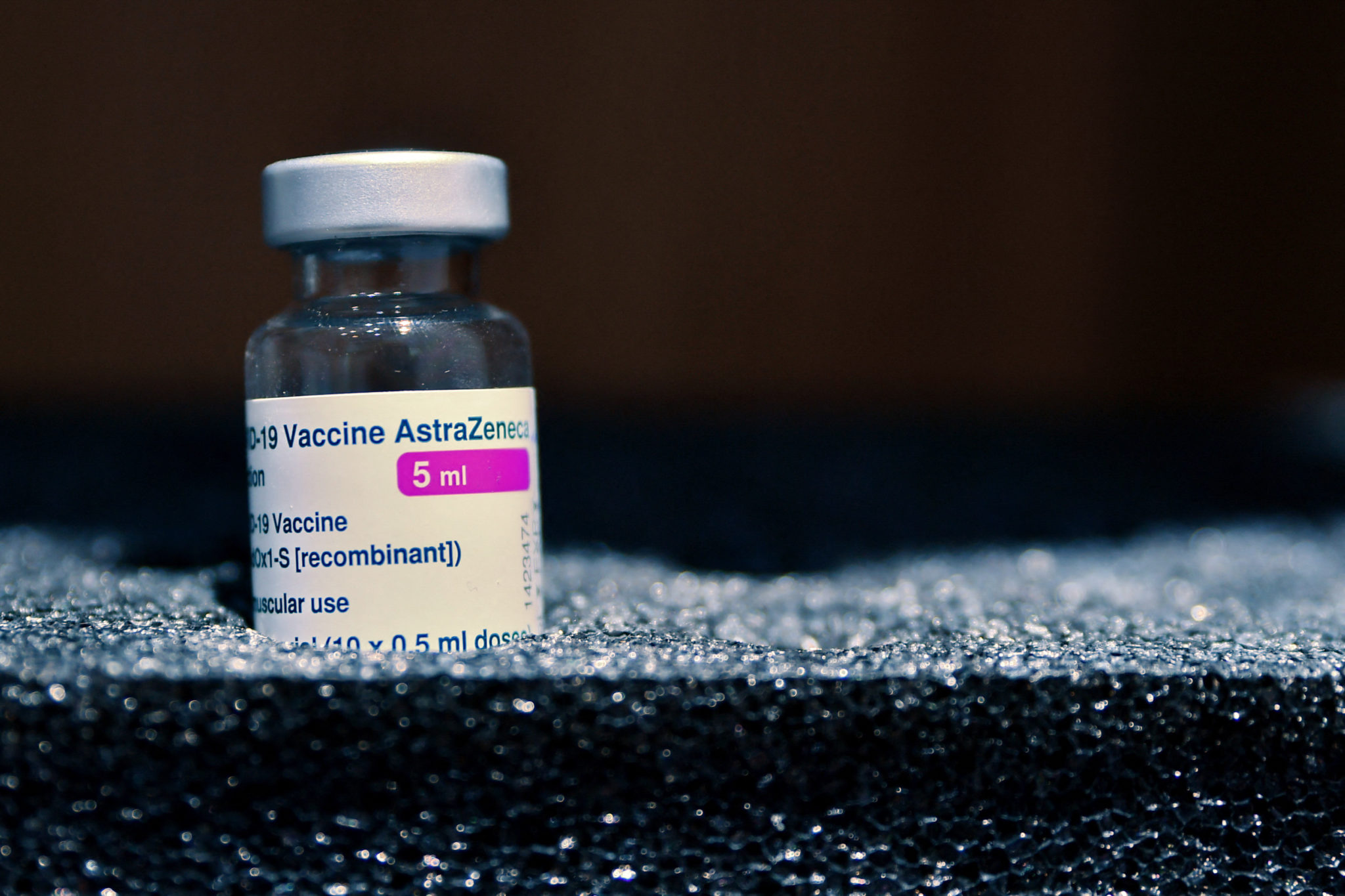 AstraZeneca vaccination in a pharmacy in Seine-Saint-Denis, near Paris, France, on May 28, 2021. Photo by Karim Ait Adjedjou/Avenir Pictures/ABACAPRESS.COM

AstraZeneca is not currently available to people under the age of 50 in Ireland due to the very rare risk of blood clots.

People under 50 who were given a first shot before the restrictions were introduced are still being offered AstraZeneca for their second dose.

The interval between doses for AstraZeneca is eight to 12 weeks. Patients can follow the same 'vaccine bonus' advice as fully vaccinated people 28 days after their first dose, although this does not include international travel.

The gap between the Pfizer and Moderna doses is four weeks, with people viewed as being fully vaccinated a week after the second shot for Pfizer and two weeks after for Moderna.

The Jansen jab is a single shot with people viewed as fully vaccinated two weeks later; however, it is also only available to the over-50s.

Professor O’Neill said data from the UK confirms that people who have had only one shot are still at risk from the Delta variant.

“We know now from that kind of study that if you are vaccinated you should be protected from catching this virus but again, the one jab is the concern because that is not giving sufficient protection really,” he said.

He said the big race now is to get as many people to two shots as quickly as possible.

“The big question will be can you break the chain from case numbers to hospitalization to severe disease and death,” he said.

“That is what vaccination should do. They should stop that disease developing into severe disease and again this study shows that of the 383 people in hospital, 251 were unvaccinated, 86 had one dose and 42 had two doses.

“So again, that shows it is breaking that chain because otherwise there would be a lot more people in there who had been vaccinated.”