A Kildare running club that collected almost 180 bags of rubbish from only a 3km stretch during l...

A Kildare running club that collected almost 180 bags of rubbish from only a 3km stretch during lockdown is having to team up once again to tackle the illegal dumping issue in their local area.

St Coca’s Athletic Club in Kilcock has been leading the effort to clean up the local Slí na Sláinte route after increasing amounts of rubbish were being dumped there in the past year.

Last year when the country was confined to exercising within 2km from home, the club's members were running on the route and noticed that rubbish had begun accumulating.

They decided to form a group to clean the path after more people than ever were out walking, running and cycling on the public amenity.

Since then, they have collected 174 bags of rubbish out of the ditches over a 3km stretch.

Martin Baten, a coach with St Coca’s, told The Pat Kenny Show that he believes repeat offenders were likely dumping their rubbish there in the middle of the night, in addition to the usual wrappers discarded by people using the route.

"It's fast-food wrappers, cans, bottles, and then we had bigger litter like carpeting or flooring or televisions that got dumped," he explained.

Other volunteers found cattle feed bags full of beer cans and wine bottles, most of which are recyclable.

"I don't understand these people who go in the middle of the night to put [the rubbish] outside, when you can just go to the supermarket where you bought the stuff and put it in the collection point," he said.

Mr Baten said people are using a certain accessible area of the Slí na Sláinte to dump whatever they want during the night.

He said there is no shortage of recycling facilities in the area, with one local dump charging just a few euro to dispose of larger household goods like mattresses or electrical items.

"We walked the 2km radius, but I also do a lot of cycling in the 5km radius as well now and it's not only Kilcock...it's basically all over the place," he said.

The running club and Kilcock Tidy Towns plan to do a combined clean-up on April 10th. 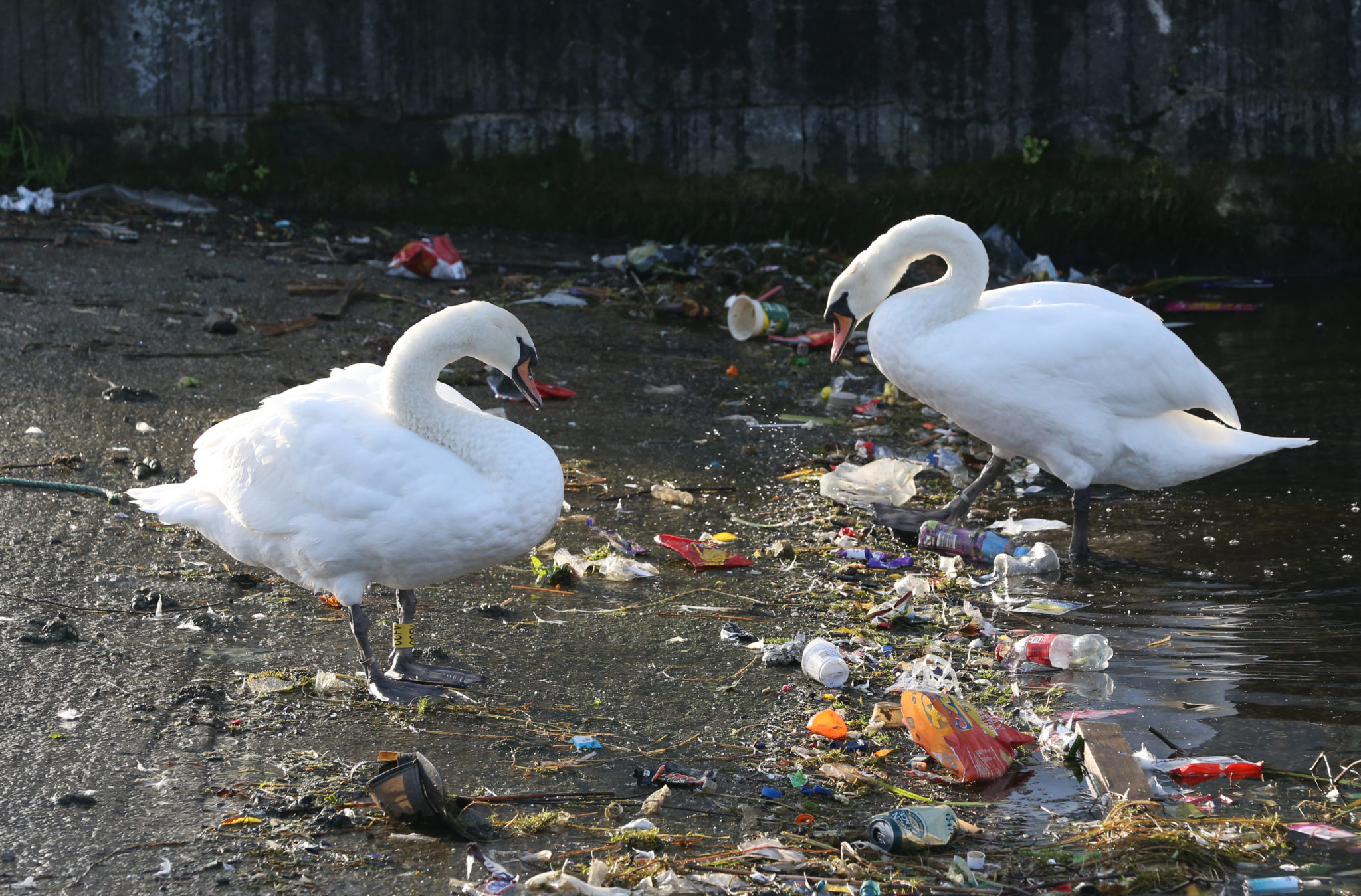 'A fridge too far'

Speaking to the same programme, Westmeath Councillor Aengus O’Rourke described one incident in which he returned a dumped fridge freezer to its owner.

The Athlone representative was made aware of an individual who dragged a fridge freezer unit "in broad daylight" through a housing estate towards a green area outside the area.

Despite being questioned by local residents, the man left the item in a ditch, which opened to reveal rotting food inside.

"I had to go and see it for myself to believe it, and when I got there, a number of residents came out and told me what happened," Cllr O’Rourke said.

They identified the person responsible, he went to his door and left a note requesting that the individual retrieve and recycle the fridge.

The next day, the fridge was still there in the green area where many local children play, so Cllr O’Rourke got a trolley and left the item at the owner's front door.

Thursday this fridge freezer was dumped on an open green in a housing estate in Athlone. I knew who did it so I dropped a note in his door, gave him 24 hours to remove it. 24 hours later it was still there. So, I decided to return it to him myself this morning. pic.twitter.com/CiOCdprofY

"It was dealt with soon after, obviously he was fined for what he did, but I heard no more about it and I'm hoping it ended up in the recycling centre," he added.

"It seemed to me to be a moment of madness on his part," the Councillor said of the man's decision to dispose of the fridge where he did and during the day.

"I can't explain why he did it but there are people out there willing to do crazy things," he said.

"It's right across Ireland, there are these unscrupulous people who operate on social media a lot of the time, who advertise their services as 'a man with a van', who is willing to clean out your garage or if you're moving house is willing to take out the contents and will do it for €50 or €100 and that's it, job done.

"But unfortunately, that material ends up in a bog road or a ditch or a lane somewhere and they're the people we need to stop.

Cllr O’Rourke added that a lot of progress has been made with "casual litter" as people are more conscious of the issue now.

"But it's the premeditated dumper now we need to tackle now, and I think everybody would like to see these people named and shamed and that's the bottom line now," he said.