An oil spill assessment team in Cork has found there is very little diesel fuel on board a cargo ship which ran aground last week.

The team from Cork County Council met again on Wednesday over the vessel in Ballycotton.

A marine contractor boarded the MV Alta and was able to carry out a full assessment of the materials.

The council said: "All compartments were accessed and there is very little diesel fuel on board."

It added: "A number of options are currently being evaluated in order to safely remove the sealed containers of oil and other materials identified yesterday which may pose a pollution risk in the event of their spillage."

Consultations are also continuing between the Irish Coastguard, Cork County Council, the receiver of wrecks and other relevant bodies. 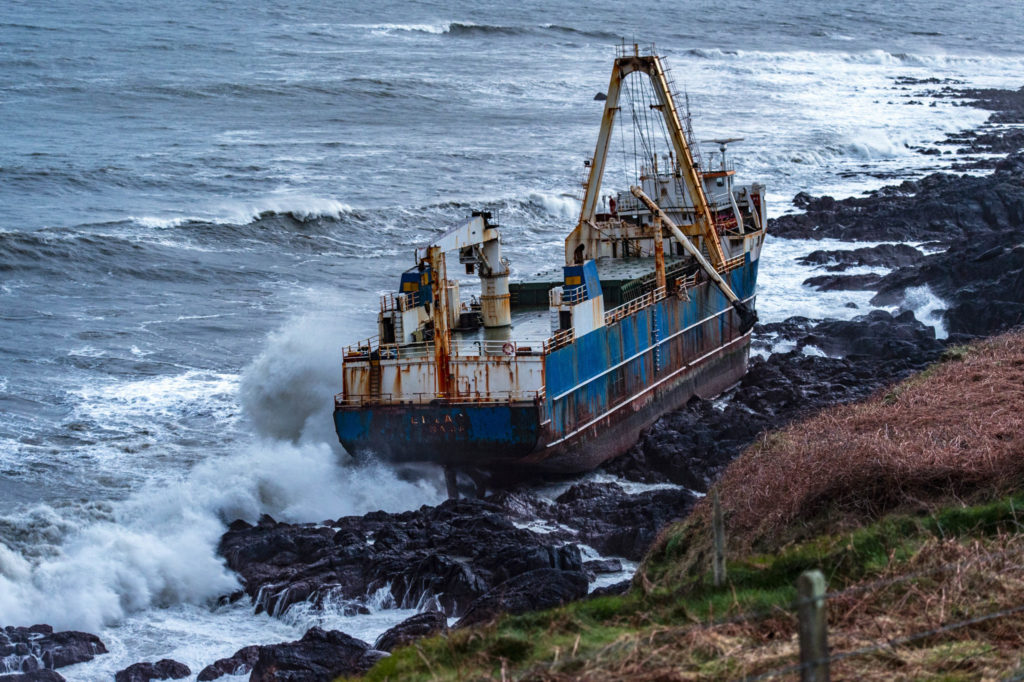 The MV Alta is seen off the Cork coast, after being drifting in the mid-Atlantic since September 2019 | Image: Michael Mac Sweeney/Provision

Meanwhile the Revenue Commissioners are in the process of trying to establish who owns the wreck.

But the council said there remains "no visible pollution" within the Ballycotton Bay Special Protection Area or nearby.

It continues to ask members of the public to stay away from the wreck as it is in an unstable condition.

Further information will be released on Thursday.

There was nobody on board the vessel when it ran aground about two kilometres west of Ballycotton on Sunday.

The US Coast Guard had previously rescued the crew members from the ship back in September 2018.

WATCH: Barrels are removed from ship aground off Cork coast

Oil containers to be removed from cargo ship off Cork coast