Former Irish soldier Lisa Smith is now also accused of financing terrorism, as well as being a member of terror group ISIS.

She made no reply to Gardaí when the additional charge was put to her on Friday morning, ahead of a scheduled court appearance.

Ms Smith travelled to Syria a number of years ago after converting to Islam.

She was brought back to Ireland from Turkey late last year, arrested on arrival and subsequently charged with being a member of ISIS over a four year period between 2015 and 2019. 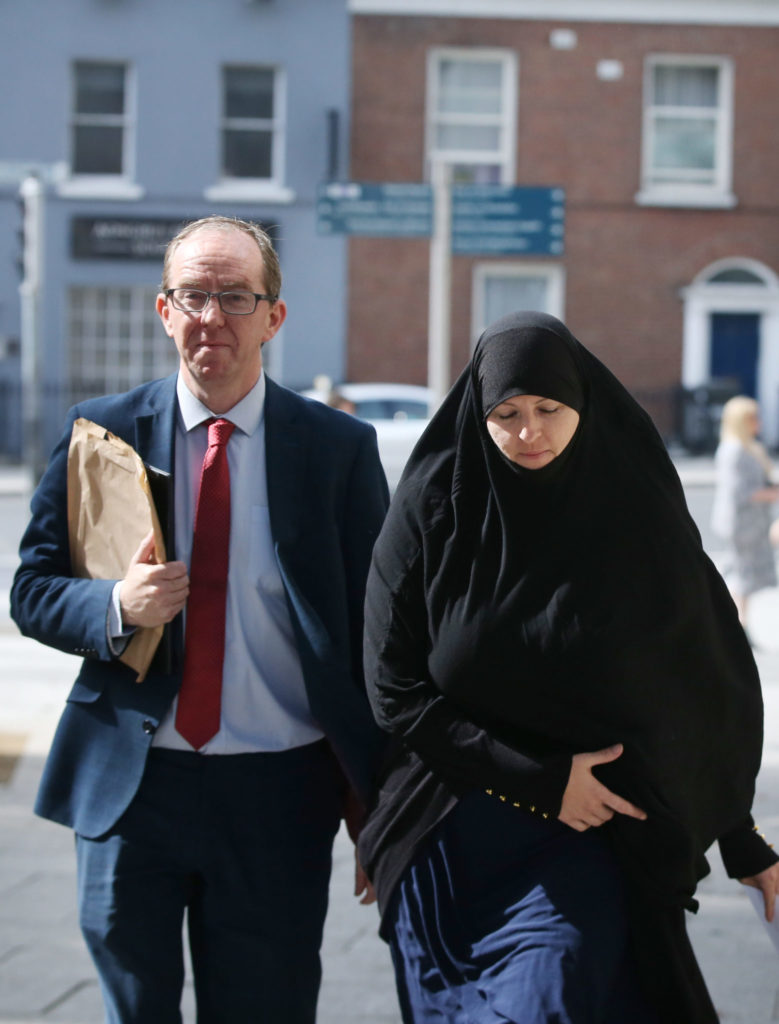 Lisa Smith leaving the Criminal Courts of Justice in Dublin with Peter Corrigan from her legal team. Picture by: Sam Boal/RollingNews.ie

The 38-year-old was granted bail just before Christmas.

She was due to be served with a book of evidence this morning, but the court heard she is now facing an additional charge of financing terrorism by bank transfer in 2015.

Her solicitor, Peter Corrigan, indicated their intention to challenge a decision to have her trial before the non-jury Special Criminal Court.

She is due back in court next week.