The stars of BBC hit show Line of Duty have come together to sponsor two girl’s football teams ...

The stars of BBC hit show Line of Duty have come together to sponsor two girl’s football teams in Belfast.

When the Belfast Celtic girls' Under 13 and Under 15 teams get back on the pitch in the coming months, they’ll do so with show’s iconic AC-12 logo on their jerseys.

It comes after Martin Compston, who plays Steve Arnott in the show, responded to a social media call-out for sponsorship.

On Lunchtime Live this afternoon, the club's ladies' manager Ryan Caddell said the story is “fantastic for everyone at the club.”

“We are based in west Belfast and they film quite a bit here so when they are over filming there is a huge buzz about the community,” he said.

“Everyone watches it and everyone is talking about it on social media.” 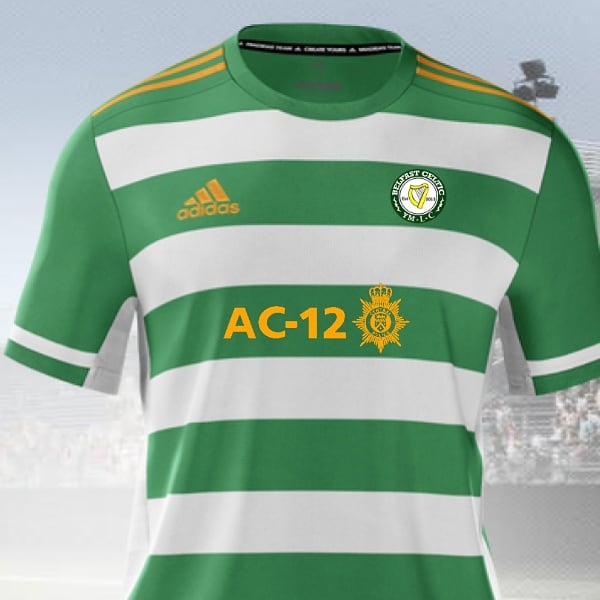 He said it all began when he asked the ladies' team group chat if anybody knew anybody who would be willing to back the teams.

“A couple of hours later one of the girls sent me a screenshot and it was Martin Compston saying he would be happy to get involved,” he said.

“He just asked, what do you need? How can I help? I explained that two of the girl’s teams needed a kit for the new season and he said no problem.

“He was dead nice about it and about half an hour later, he messaged again and said Adrian Dunbar and Vicky McClure also wanted to get involved as well so it was all three of them then.”

The fictional AC-12 unit is a special unit charge with investigating corruption in the police force and Mr Caddell said all three actors are delighted to see the logo on the kit.

“I said to him, you know, obviously if you sponsor the kit, you can get whatever you want on the front of it,” said Mr Caddell.

“He came back about ten minutes later and said all three of us want AC-12 on it so it was brilliant.”

It is not yet clear whether the shirts will be made available for purchase; however, if they are, they could soon provide vital income for the club.

Line of Duty: What to expect from the highly-anticipated new season