The use of artificial light at night is a major driver in declining insect populations. That is a...

The use of artificial light at night is a major driver in declining insect populations.

That is according to an international study, which examined the rapidly declining numbers.

It is a joint venture by researchers from Tufts University, McDaniel College and Washington University in the US, Canada's Université Laval and the University of Melbourne.

The authors have published a paper in the SSRN - formerly known as Social Science Research Network.

They say concerns over the declining population could have an impact on food security and ecological communities.

They say: "Habitat loss, pesticide use, invasive species, and climate change all have likely played a role, but we posit here that artificial light at night (ALAN) is another important - but often overlooked - bringer of the insect apocalypse."

"Light is the source of all life on this planet and anthropogenic [human-caused] changes to the natural light environment should be predicted to affect all life that has evolved within it - that is to say, almost all life on Earth".

The article looks at numerous studies that demonstrate the ways in which ALAN impacts nocturnal and diurnal insects.

The authors also say that the challenge of artificial light at night is not simply a matter of concern for cities and suburbs, but rural and protected areas.

They say artificial lighting follows humans wherever they go - and is directly contributing to the loss of insects and biodiversity. 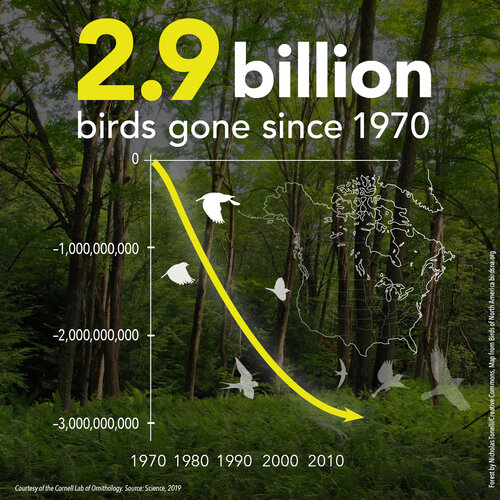 A recent study also suggests that the US and Canada have lost more than three billion birds since 1970.

This massive reduction in population involving hundreds of species are related directly to the loss of insects.

The coalition 3billionbirds.org says one in four birds have been lost in that time. 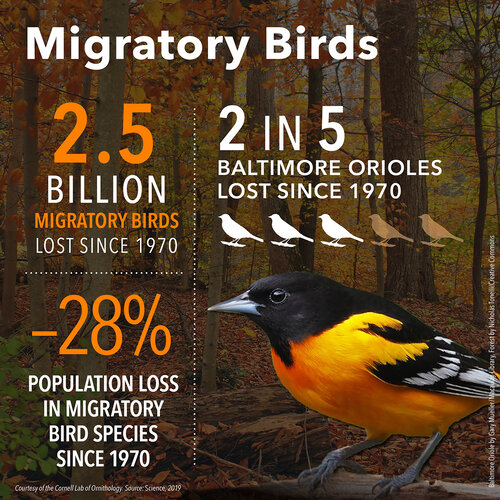 Dr James Karl Fischer of The Zoological Lighting Institute in New York says: "Just as was the case for early climate change science, we have to take the insect apocalypse seriously.

"If we really hope to prevent a terrible situation from getting worse, these issues should not be avoided. Insects are lynch-pins of the environment and necessary for other kinds of animals to survive.

"A diversity of insects is crucial to maintaining our own food supply.

"The amount of personal control we have here gives us a bit of hope.

"It is an easy matter to eliminate, reduce or change the ecologically devastating artificial lighting in and on our homes, schools, businesses if we want to, simply by turning off exterior lights.

"But we have to want to, and be willing to explore alternatives to the functions those lights currently serve."