The knives were advertised as part of a camping and outdoor activity range.

The knives were advertised for €5.99 in one of the supermarket’s weekly brochures last month.

It included a pocket knife - advertised as having “21 practical functions” - as well as two larger knives, one of which appears to be a hunting-style knife.

They were part of a camping and outdoor activity range. 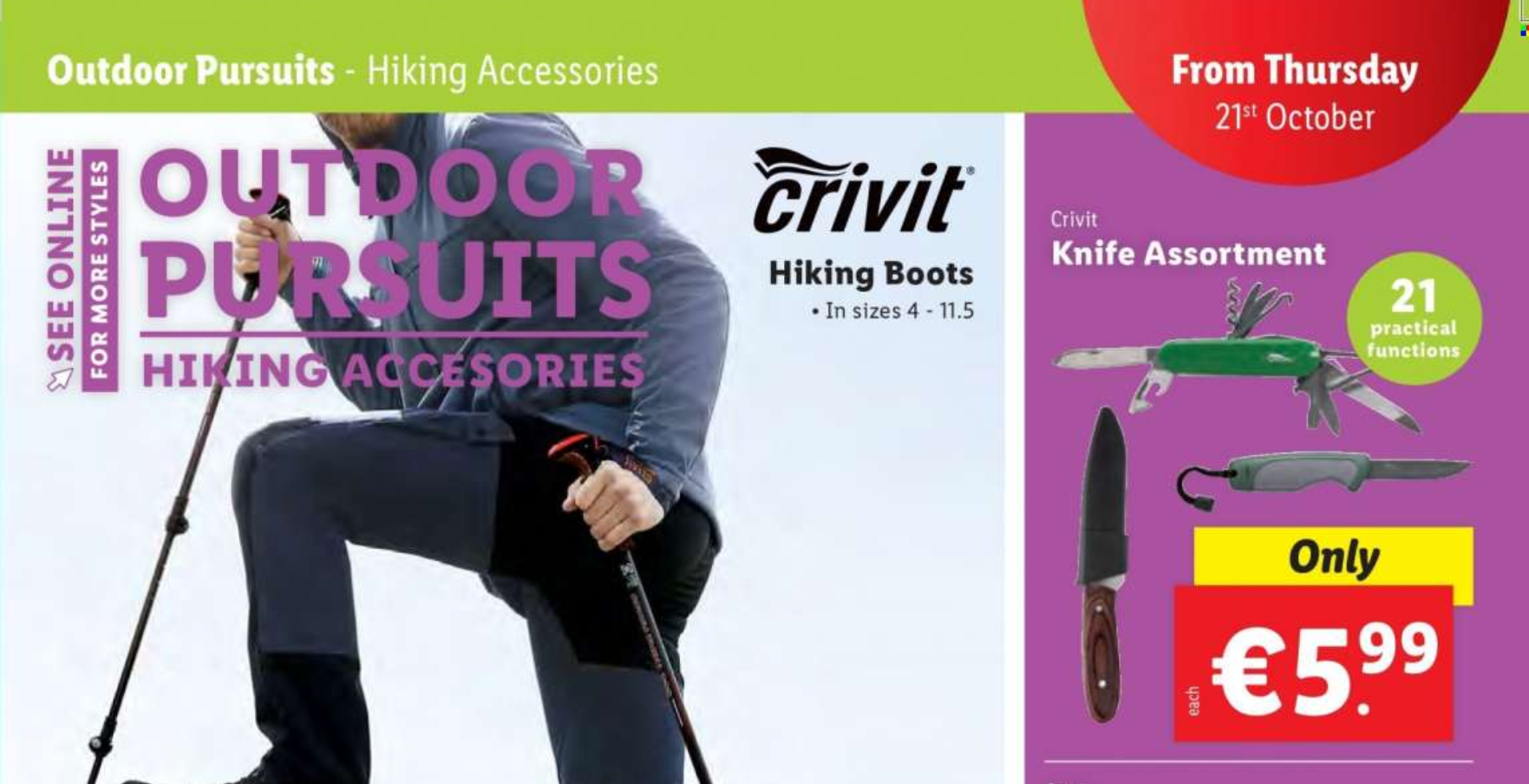 However, the company has faced criticism for advertising such products amid high levels of knife crime in Ireland.

One retired Limerick Garda detective told The Irish Times the “shocking” knives should be taken off shelves, as they’re “far from” a run-of-the-mill kitchen or house knife.

Patrick Marry, Retired Detective Inspector and Author of The Making of a Detective, spoke to Newstalk Breakfast about the issue.

He said: “When you look at the aspect of the rising number of knife crimes in Ireland, one could look at it as offensive and irresponsible of Lidl to be selling such a product.

“In all fairness to Lidl, they’re selling them as camping and outdoor activities objects - there’s nothing about their advertisement that would suggest they should be used inappropriately.

“But there are victims or people affected by knife crime who may find it offensive that the likes of Lidl are selling these items at low-cost.”

Mr Marry said knife crime is a huge issue in Ireland that needs to be more widely discussed, and noted the Government has spoken of new legislation aimed at cracking down on knife crime.

He said: “I do think that maybe the Advertising Standards Authority of Ireland may have a role to play, in respect of items that come up for sale... to see if the likes of Lidl would need a licence to sell them.”

In a statement to The Irish Times, a Lidl spokesperson said the knives were part of a camping and outdoor activity range, and that the company has a policy in place that prohibits selling knives or sharp objects to anyone under 18.

Judge warns too many deaths fuelled by alcohol, cocaine and knives as man sentenced to life in prison