Members of the LGBTI+ community have staged a 'kissing' protest outside the Dáil.

They are demanding the Government bring in hate crime legislation to deal with homophobic attacks.

They say there has recently been a large increase in the number of attacks on people because of their sexuality.

Danilo Matta was attacked by a group of six after kissing his boyfriend outside his flat in September.

While last month Marc Power was attacked by a group of at least four after being lured to the location by a fake dating profile. 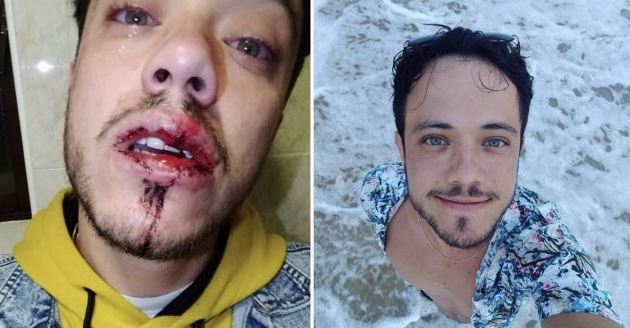 After the attack, Danilo expressed his desire for the Government to introduce proper legislation.

"My wish is that no one should experience hurt in this kind of way anymore.

"It's horrible. I just want Dublin to be a bit more safe for everyone. Not just gay people, but for everyone", he told GCN.

A kissing protest is taking place outside the Dail calling for hate crime legislation to combat homophobic attacks pic.twitter.com/asdwXO93mg

Lisa Connell, managing editor of GCN, hopes the event will inspire change in legislation and attitudes.

"The increase of violence is an alarming new development for Ireland's tenacious LGBTI+ community, however we have the power to take action.

"We will show that these incidents of hate are not a true reflection of our city and celebrate the freedom to express affection publicly, no matter who you are."