The Fianna Fáil leader has ruled out entering into a grand coalition with Fine Gael after the el...

The Fianna Fáil leader has ruled out entering into a grand coalition with Fine Gael after the election.

Micheál Martin was speaking after the Leo Varadkar said he would consider it if it was "the only way" to form a stable government.

Speaking during the head-to-head debate with Deputy Martin on Virgin Media last night, Mr Varadkar said the parties would need to be “grown-ups” if a grand coalition was the only way to form a Government.

Deputy Martin did not answer the question during the debate; however, this morning he ruled out the prospect altogether.

“We will not be entering into a grand coalition,” he said.

“I have made it very clear that we want to go into Government with other centre parties. Clearly the Labour and Green Parties are the ones we’d be interested going into government with.

“Obviously that is to be determined by the people – and others as well.”

He also appeared to rule out any a second confidence-and-supply arrangement.

“Fine Gael need to come out of Government,” he said. “They’ve been there too long; they haven’t delivered on key issues such as housing.

The #handshake before the big #debate #election pic.twitter.com/uyok0Tgin0

The two leaders squared off on a range of issues including health, housing, pensions and Brexit.

“This is something that will be phased in,” said Mr Varadkar. “We are not going to do it overnight, it will move up by two years at a go – and the GPS will be remunerated for it. They will get money for it that they can invest in their practices.”

Deputy Martin said: “You promised this five years ago.”

“Have you any shame at all? Do you think the people are fools? That every five years, you come along and make a promise about free this and free that – knowing full well you are not going to implement it.” 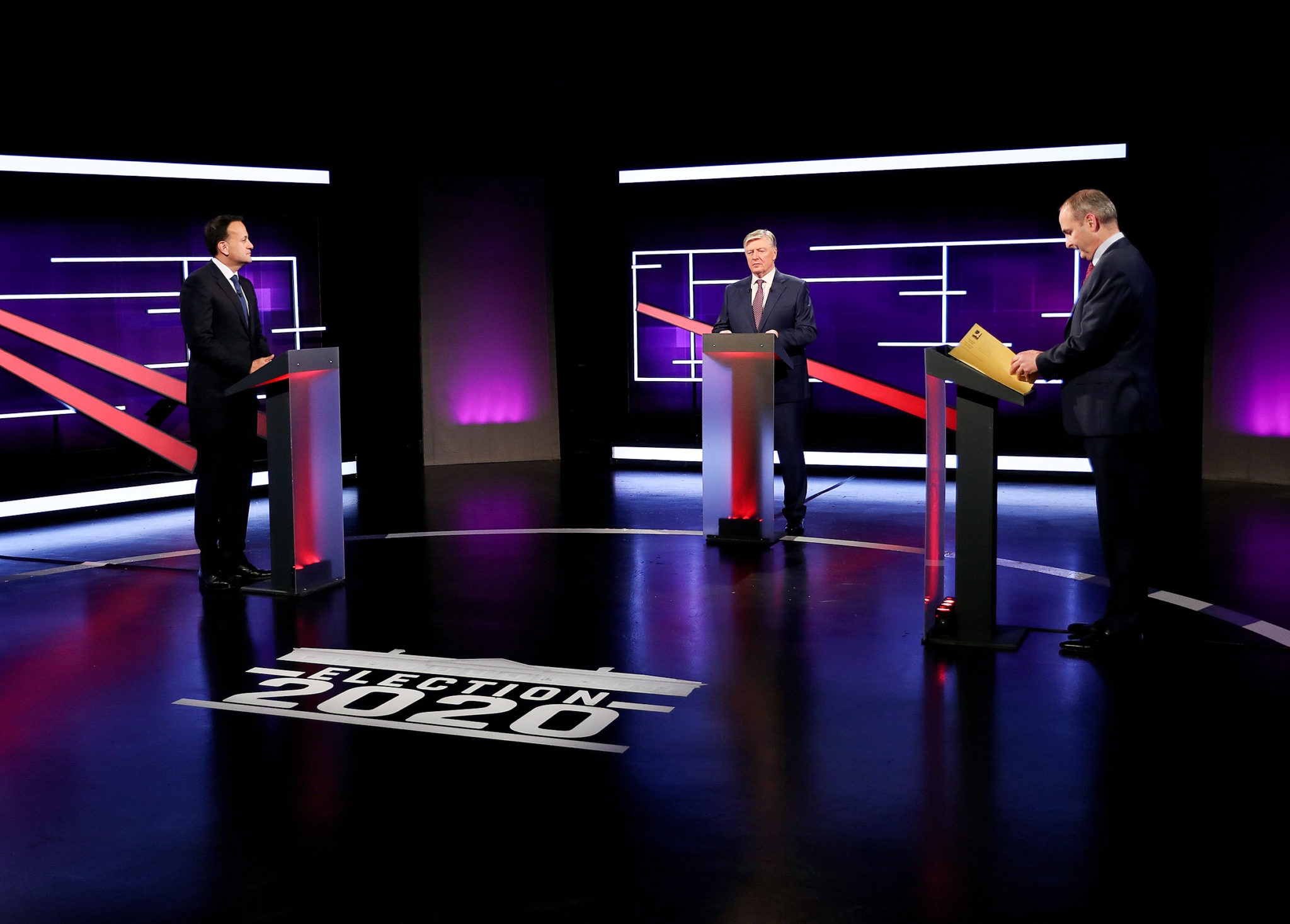 “It is designed to help young people who because of the high costs of rent cannot afford to save at all to get the deposit to be able to purchase a house,” said Deputy Martin.

Mr Varadkar said his Fianna Fáil counterpart had “demonstrated exactly why his scheme is a bad one.”

“So if you can’t afford to save, an SSIA is not going to be any good to you.”

Micheál Martin again after the debate refusing to answer the grand coalition question despite being pushed by @Philip_Ryan #VMTVBigDebate #GE2020 pic.twitter.com/za6o3cvvnJ

Later in the debate, the Taoiseach hesitated before answering a question about whether he had ever done drugs.

“I answered that question in a Hot Press interview about 12 years ago and I answered it truthfully,” he said.

Pushed by both Deputy Martin and moderator Pat Kenny on what that answer was he said: “Yes, but it was obviously a long time ago.”

The election campaign continues this afternoon with candidates knocking on doors around the country.

McDonald: New government 'a marriage of convenience to buy time and keep others out'