The best friend of US Vice-President Kamala Harris says she only has one more glass ceiling left ...

The best friend of US Vice-President Kamala Harris says she only has one more glass ceiling left to shatter.

Ms Harris made history on Wednesday as the first woman, black person and person of south-Asian descent to become US vice-president.

It's an honor to be your Vice President. pic.twitter.com/iM3BxJzz6E

Karen Gibbs went to college with US Vice-President Harris.

She told Newstalk Breakfast seeing her take the oath of her office was pure excitement.

"There's only one more glass ceiling left to burst, and we all know what that is.

"But yes - it's just a feeling of pure excitement, pure illation, jubilation".

"It's just an overwhelming sense of joy and pride". 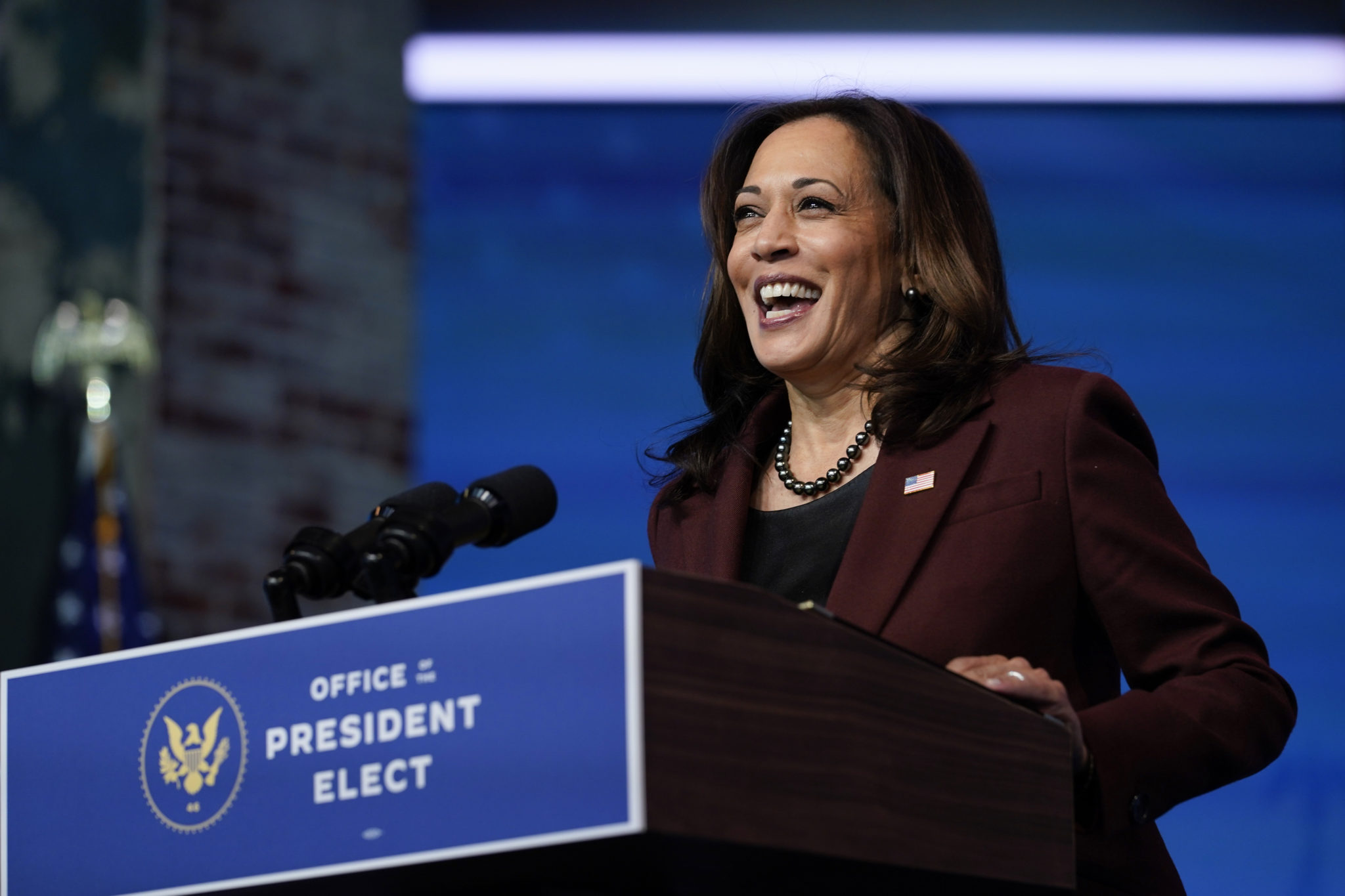 In this file photo, Kamala Harris speaks as she and Joe Biden introduce their nominees and appointees to fill key policy posts in Wilmington, Delaware. Picture by: Carolyn Kaster/AP/Press Association Images

She said she always thought her friend was destined for something big.

"Kamala and I met the first week that we step foot on the campus of Howard University.

"She had been travelling from California, I travelled from Delaware which is about an hour and a half away from Washington DC.

"We met as campus sweethearts, and we had mutual friends".

She said their time at university "was a coming of age for us, but we were best friends from that first week until we graduated, through our law school matriculation, throughout our early careers."

"It was very exciting, it was pivotal for my development and for hers as well".

She said Kamala ran for - and won - the position of class representative in their first year.

"So certainly she displayed all the qualities and characteristics of a leader."

"I remember clearly the debate for when she was seeking that election... I listened to her, and all I could think of was 'How could anybody so quickly have so much interest in running for public office', when all I could think about was all the excitement that was unfolding". 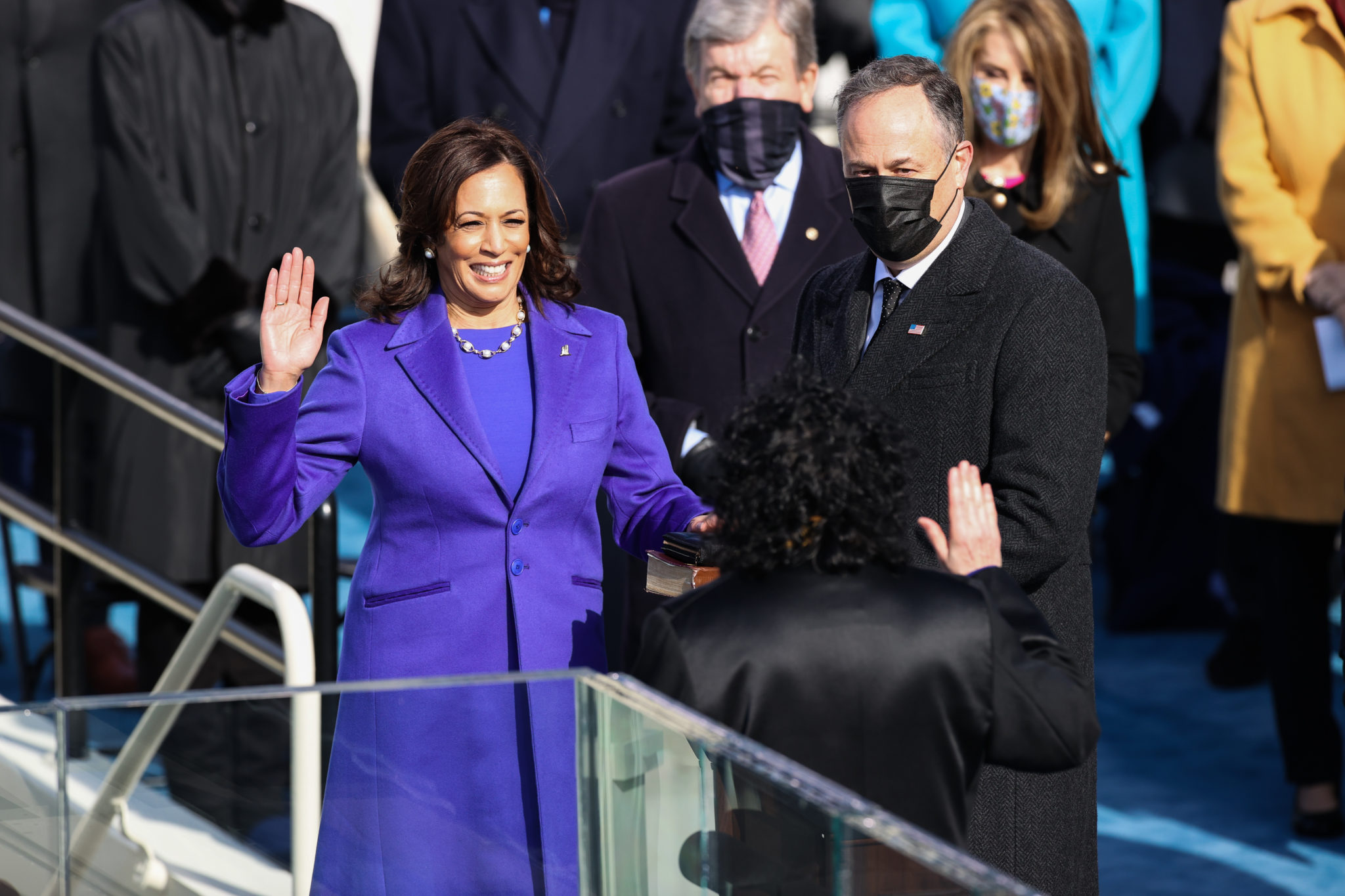 US Vice President Kamala Harris takes the oath of office as she is sworn-in by US Supreme Court Justice Sonia Sotomayor during the inauguration day ceremony of Joe Biden at the US Capitol Building in Washington, DC. Picture by: Sipa USA/SIPA USA/PA Images

Vice-President Harris is also godmother to Karen's two children, who attended the inauguration in Washington DC.

"We had two tickets to go and I sent my children obviously, because they are her godchildren - had it not been for COVID I'm certain I would have been there as well.

"But yes, I hope to be visiting her very soon."

Asked what we might expect from her, Karen said she believes Vice-President Harris will leave her mark.

"I think that she will be the architect of some of the most consequential legislation that we've ever seen.

"We will see somebody that is driven, somebody that's focused, someone that has passion, someone that is going to put in the hard work and fight for what is important most to represent the rights of all Americans - not just African-Americans or women".

Main image: US Vice President Kamala Harris takes the oath of office as she is sworn-in by US Supreme Court Justice Sonia Sotomayor during the inauguration day ceremony of Joe Biden at the US Capitol Building in Washington, DC. Picture by: SAUL LOEB/DPA/PA Images