All charges against former Empire actor Jussie Smollett have been dropped.

The 36-year-old actor was accused of lying to police about a racist and homophobic attack in Chicago in late January.

Smollett, who is black and openly gay, told police the attackers tied a noose around his neck and poured a chemical substance over him.

He said they shouted racist and homophobic slurs and also shouted "this is MAGA country" – in an apparent reference to US President Donald Trump's campaign slogan "Make America Great Again."

Officers initially investigated the incident as a hate crime - but police later said he had fabricated the story. Investigators accused him of hiring two men to help stage the attack in the early hours of January 29th.

Earlier this month, he pleaded not guilty to charges of lying to police.

After an "emergency" court appearance in Chicago today, the actor's lawyers said all charges against him has been dropped.

In a statement, his attorneys Tina Glandian and Patricia Brown Holmes said his record has now "been wiped clean of the filing of this tragic complaint against him."

"Jussie was attacked by two people he was unable to identify on 29 January," they said. "He was a victim who was vilified and made to appear as a perpetrator as a result of false and inappropriate remarks made to the public causing an inappropriate rush to judgement.

"Jussie and many others were hurt by these unfair and unwarranted actions.

"Dismissal of charges against the victim in this case was the only just result." 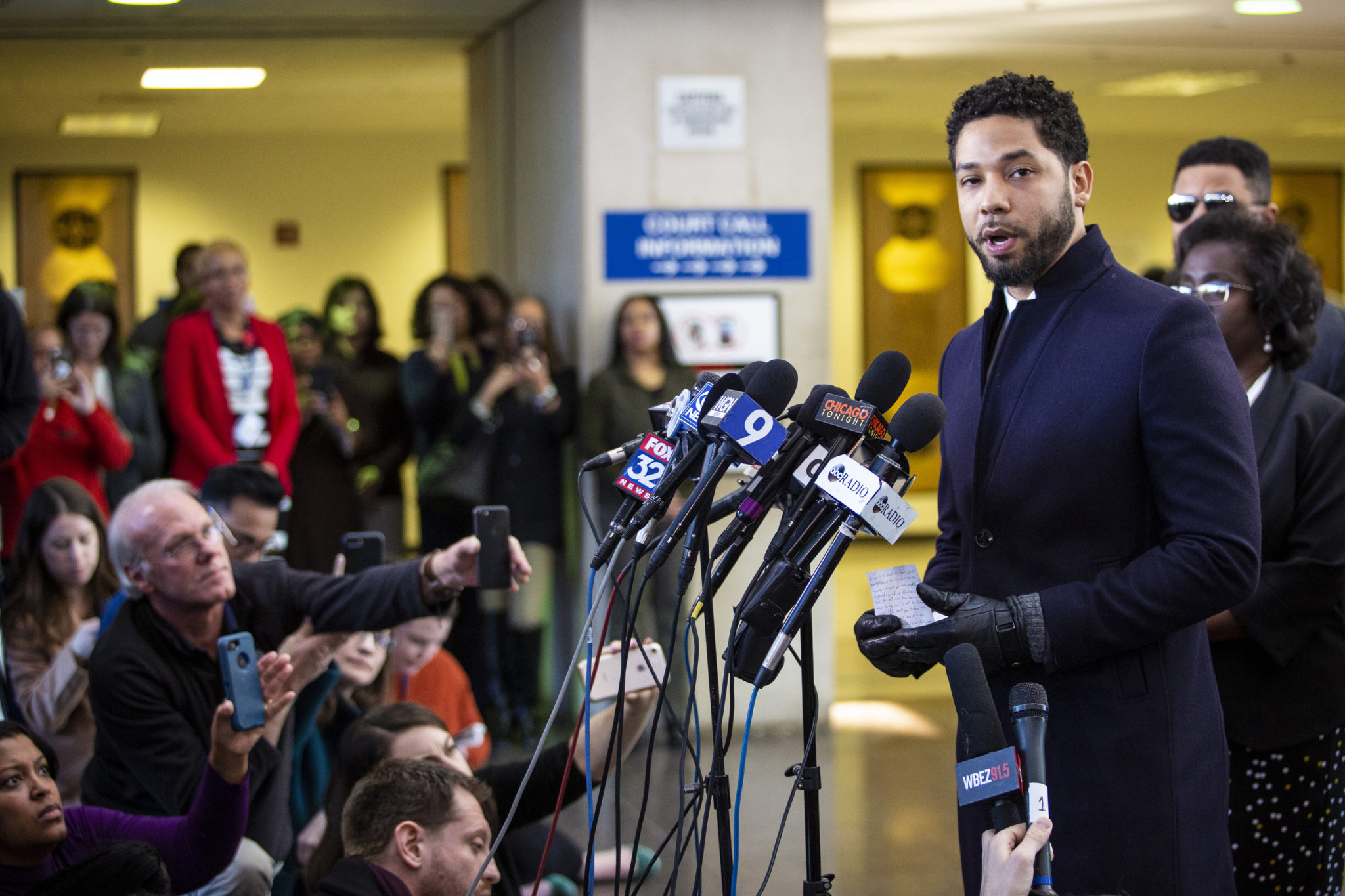 Actor Jussie Smollett speaks to reporters at the Leighton Criminal Courthouse in Chicago after prosecutors dropped all charges against him, 26-03-2019. Image: Ashlee Rezin/Chicago Sun-Times via AP

Speaking outside court, the actor thanked his family, friends and people all over the world for supporting him.

"I have been truthful and consistent of every single level since day one," he said.

"I would not be my mother's son if I was capable of one drop of what I had been accused of.

"This has been an incredibly difficult time - honestly one of the worst of my entire life.

"But I a man of faith and I am a man that has knowledge of my history and I would not bring my family, our lives or the movement through a fire like this - I just wouldn't."

He also thanked his legal team and "the State of Illinois for attempting to do what is right."

"Now I would like nothing more than to just get back to work and move on with my life," he said. "But make no mistakes, I will always continue to fight for the justice, equality and betterment of marginalised people everywhere.

"So again, thanks you for all the support, thank you for faith and thank you to god."

A spokeswoman for Cook County prosecutors did not immediately respond to messages requesting comment.