There has been a major increase in the number of seizures of fake goods coming into Ireland. Figu...

There has been a major increase in the number of seizures of fake goods coming into Ireland.

Figures for 2018 show over 19,000 articles were seized by customs officials here.

However, the total amount of articles detained actually fell compared to previous years.

Products for daily personal use in the home such as body care articles, medicines, toys and electrical household goods accounted for nearly 37% of the total number of detained articles. 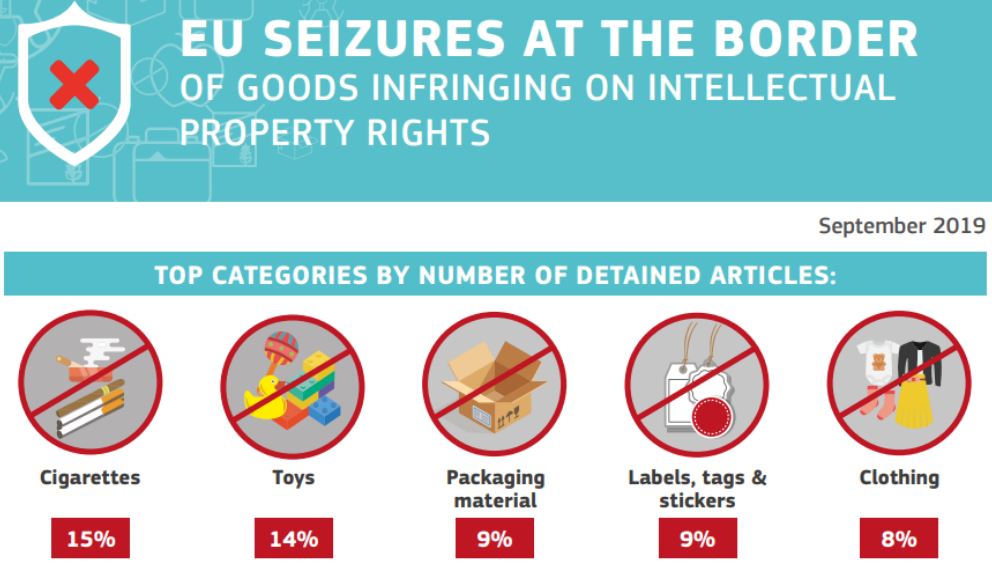 North Macedonia was the main provenance for counterfeit alcohol, while Turkey was the top source for other drinks, perfumes and cosmetics.

The main source for computer equipment was India, Cambodia for cigarettes and Bosnia and Herzegovina for packaging material.

Pierre Moscovici is the out-going EU Commissioner for Economic and Financial Affairs.

He said: "Customs officers across the EU have seen success in tracking down and seizing counterfeit goods that are often dangerous for consumers.

"Their job is made even more difficult by the rise in small packages entering the EU through online sales.

"Protecting the integrity of our single market and customs union, and effective enforcement of intellectual property rights in the international supply chain are also priorities.

"We need to continue stepping up the efforts against counterfeiting and piracy."

A previous study has shown that direct sales losses for EU businesses due to counterfeit goods amount to €56bn per year, corresponding to an employment loss of almost 468,000 jobs.

You can read the full European Commission report here