Johnson to meet Varadkar in Dublin next week to discuss Brexit

Johnson to meet Varadkar in Dublin next week to discuss Brexit

The British Prime Minister Boris Johnson has said he will meet Taoiseach Leo Varadkar in Dublin next Monday to discuss Brexit.

Mr Johnson made the comments during a speech to the House of Commons in London.

In his speech, Mr Johnson spoke about apparent progress made in talks to see Britain leave the European Union with a deal on October 31st.

Referring to meetings with G7 leaders and others, he said: "I was able to make clear to them all that everyone in this government wants a deal.

"But it is a reality that the House of Commons has rejected the current Withdrawal Agreement three times and it simply cannot be resurrected.

"That is why I wrote to [European Council] President Tusk on the 19th of August to set out our arguments why any future agreement must include the abolition of the anti-democratic backstop". 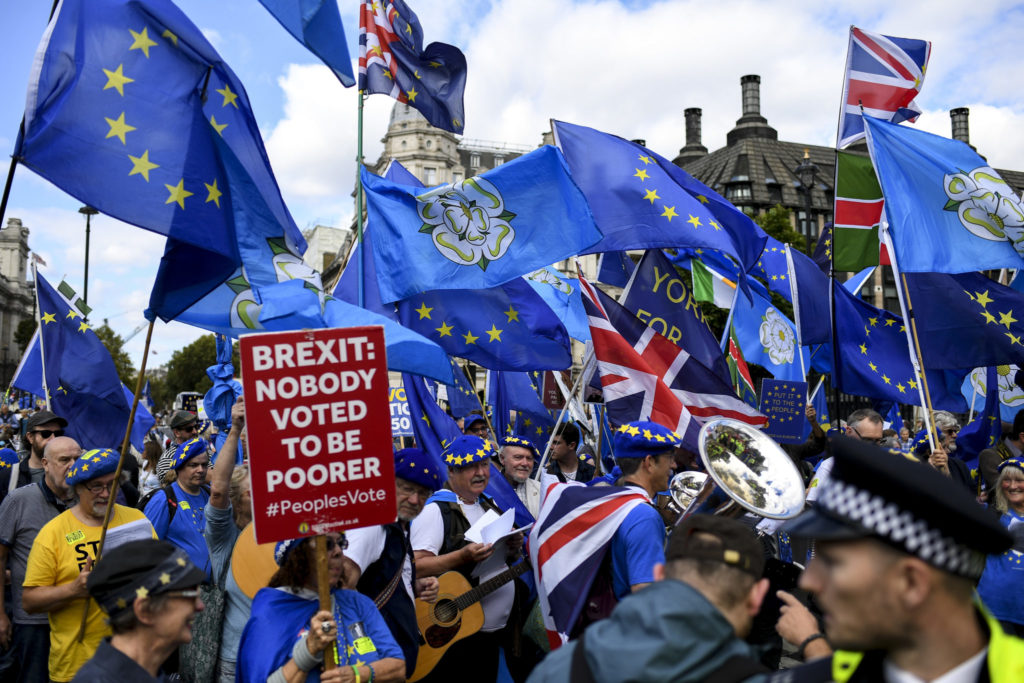 Mr Johnson added: "This clarity has brought benefits - far from jeopardising negotiations, it is making them more straight forward.

"In the last few weeks, I believe the chances of a deal have risen.

"This week we are intensifying the pace of meetings in Brussels - our European friends can see we want an agreement and they're beginning to reflect that reality in their response".

Mr Johnson later claimed: "There are indeed solutions... there are practical arrangements that we can find which avoid anyone putting infrastructure on the Irish border."

"In particular, we recognise that for reasons of geography and economics agri-food is increasingly managed on a common basis across the island of Ireland.

"We are ready to find ways forward that recognise this reality, provided it clearly enjoys the consent of all parties and institutions with an interest.

"We will also be discussing this with the EU shortly, and I will be discussing it with the Taosieach Leo Varadkar when I see him in Dublin on Monday".

Meanwhile a former UK minister has defected from the British Conservatives to the Liberal Democrats, wiping out Mr Johnson's majority in the House of Commons.

Phillip Lee crossed over on Tuesday following the parliament's return from its summer break.

In a statement released afterwards, Mr Lee said: "This Conservative government is aggressively pursuing a damaging Brexit in unprincipled ways.

"It is putting lives and livelihoods at risk unnecessarily and it is wantonly endangering the integrity of the UK.

"More widely, it is undermining our country's economy, democracy and role in the world. 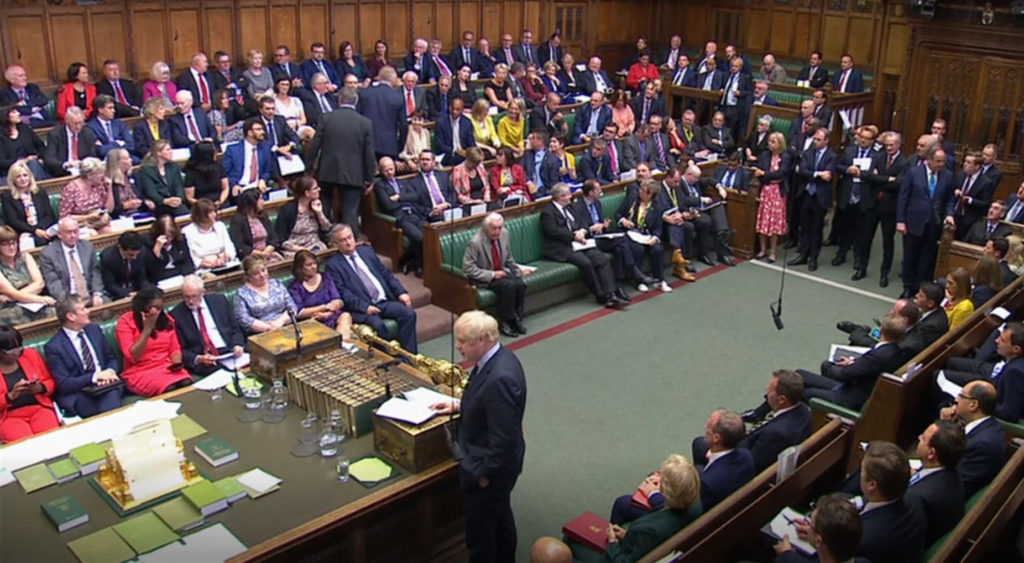 "It is using political manipulation, bullying and lies. And it is doing these things in a deliberate and considered way."

He added: "I believe the Liberal Democrats are best placed to build the unifying and inspiring political force needed to heal our divisions, unleash our talents, equip us to take the opportunities and overcome the challenges that we face as a society - and leave our country and our world in a better place for the next generations."

The action comes ahead of a parliamentary showdown over Mr Johnson's Brexit strategy.

A number of Conservative party MPs are set to back a cross-party effort to block a no-deal exit from the EU.

Downing Street has said Mr Johnson will move to call a snap election if MPs seize control of proceedings in the House of Commons to hold a vote on legislation to block a no-deal Brexit.

Ahead of this, UK Labour leader Jeremy Corbyn has said he "fully expects" the bill to pass.

The alliance of MPs will hold a vote on their legislation on Wednesday if they are successful in wrestling control of the order paper from the government later on Tuesday.

Exact numbers are hard to pin down, but several Conservative MPs appear set to support the effort to stop a no-deal scenario.

Ahead of the House of Commons returning, potential rebel Conservative MPs went for talks with Mr Johnson.

Downing Street sources said the meeting was "cordial", but an MP source said they were "not sure anyone was convinced" to change their minds.

One of those who was at the meeting was former British chancellor Philip Hammond.

He has predicted they will be successful in forcing to seek a Brexit delay.

The likes of Labour, the Liberal Democrats, Scotland's SNP and Wales's Plaid Cymru are all opposed to no-deal.

But efforts to stop it hinge on enough Conservative MPs voting against their own government on the issue.

To head off a damaging defeat, Mr Johnson has warned potential rebels they will be de-selected as candidates in the election he would push for if the House Commons votes to block no deal.

However, Mr Johnson's tough line has caused disquiet within his party.