The sister of JoJo Dullard says she's hopeful a new Garda search on the Kildare/Wicklow border will bring answers for the families of missing women.

The sister of missing woman Jo Jo Dullard says they're "praying for that little chance" that a major search in Kildare may help gardaí find Jo Jo.

Gardaí investigating the disappearance and murder of Deirdre Jacob yesterday began searching a remote wooded area, after a cold case review found that "unusual activity" was spotted in the location on the evening Deirdre vanished over 20 years ago.

However, detectives are also looking for any evidence relating to the disappearance of other women in Leinster - including Jo Jo Dullard, who went missing from Moone in Co Kildare in 1995.

Speaking on The Pat Kenny Show, Jo Jo's sister Kathleen Bergin said gardaí told her family the search was taking place on the back of information around Deirdre Jacob's disappearance.

She said: "Because of the close proximity of where it is to Moone… we’re praying for that little chance they may be able to find Jo Jo. You never know what they may find.

"But our thoughts and prayers with Deirdre’s family and friends. We’re praying this lead will provide answers for them.

“We can never say any of the cases are connected - we don’t know. We still have a little bit of hope that maybe, just maybe if they find Deirdre it will help another case." 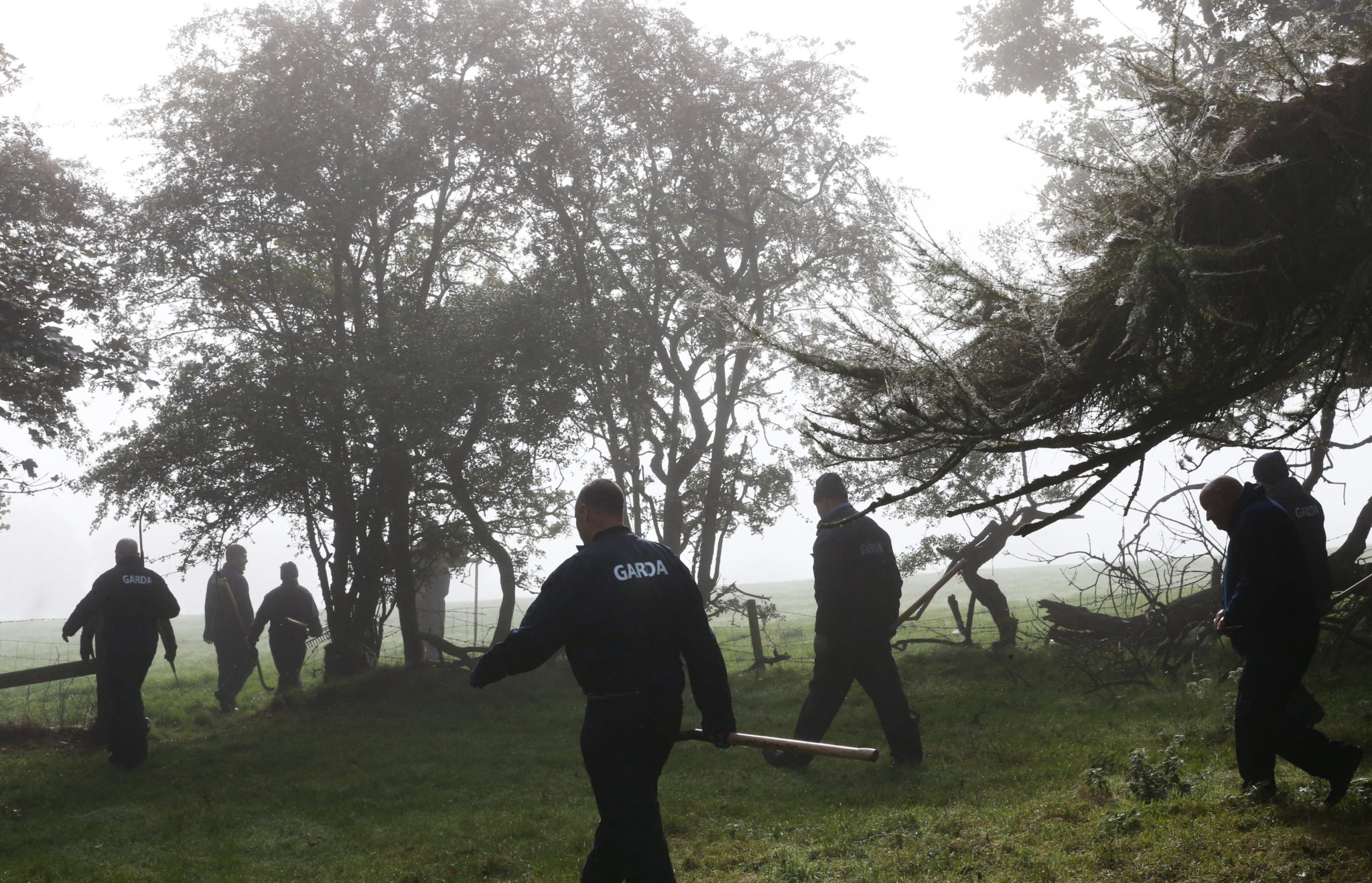 Pictured are Gardai searching a wooded area near Usk Little, Kildare, in relation to investigations into the disappearance of women in the Leinster area including Deirdre Jacob and Jo Jo Dullard. Photograph: Sasko Lazarov / RollingNews.ie

Kathleen said Deirdre's family getting answers would also give her own family hope that they might someday get answers around Jo Jo's disappearance.

She said: "Maybe someday - please God - we’ll get our chance, and that somebody will come forward and help us.

“That’s all we want: for someone not to feel afraid to come forward, after nearly 26 years now."

She decided to hitch lifts after missing the last bus home and only being able to travel part of the way.

After ending up in Moone, she rang a friend from a phone box to tell her where she was - then saying a car had stopped for her.

Shortly after, a woman matching Jo Jo's description was seen leaning in the back door of a dark-coloured Toyota Carina type car.

It was the last known sighting of the 21-year-old.

Kathleen said it was a "different Ireland" back in 1995, and hitching a ride with strangers was more common.

However, she said it quickly dawned on the family that something bad had happened to Jo Jo.

She recalled: “In the early stages, you do hope - you are waiting that she’d turn up. But under the circumstances, when we heard she’d been thumbing at that hour of the night… Jo Jo would have contacted someone in the family to let them know where she was.

“We knew straight away this was not good.

"You try to hang on to hope that maybe she’ll turn up, but we had accepted in our hearts early on that something bad had happened to Jo Jo and she isn’t with us anymore."

Anyone with information about Jo Jo's disappearance can contact the National Missing Persons Helpline on 1890-442-552.