Jeremy Kyle Show pulled off the air after death of guest

ITV has pulled the Jeremy Kyle Show off the air after the sudden death of one of its guests. This...

Jeremy Kyle Show pulled off the air after death of guest

ITV has pulled the Jeremy Kyle Show off the air after the sudden death of one of its guests.

This morning’s episode of the confrontational talk show was pulled at short notice after news of the guest’s death filtered through.

It was filmed a week ago and it is believed the guest died in the days since.

ITV said the episode will now be submitted for a review due to the "seriousness of this event."

Filming and broadcasting of the show has been suspended while a review is carried out. 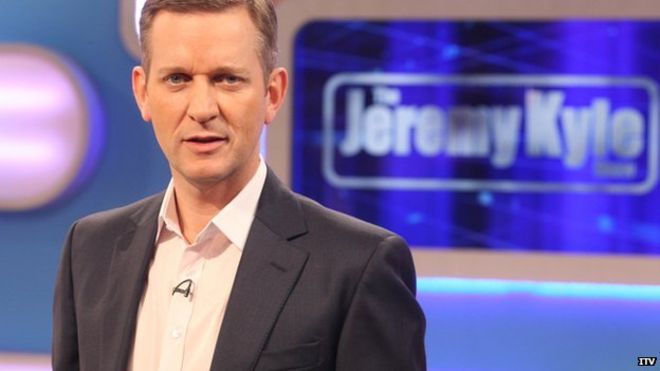 In a statement ITV said: “Everyone at ITV and The Jeremy Kyle Show is shocked and saddened at the news of the death of a participant in the show a week after the recording of the episode they featured in and our thoughts are with their family and friends."

“ITV will not screen the episode in which they featured.

“Given the seriousness of this event, ITV has also decided to suspend both filming and broadcasting of The Jeremy Kyle Show with immediate effect in order to give it time to conduct a review of this episode of the show.”

Afternoon repeats of the show on ITV2 have been replaced by other programmes and the series has also been removed from the channel's catch-up service, ITV Hub.

The show has run on ITV since 2005 and is known for its direct and often rowdy discussions as presenter Jeremy Kyle tries to solve his guest’s personal problems.