Some 12,000 businesses are expected to re-open on Monday with the easing of COVID-19 restrictions...

Some 12,000 businesses are expected to re-open on Monday with the easing of COVID-19 restrictions.

Non-essential retail has resumed, with click-and-collect and shopping by appointment services.

Penneys is one of those re-opening its doors to people who booked slots online last week, ahead of a full re-opening on May 17th.

Some 250,000 people have booked appointments on the system for this week.

Newstalk's Stephanie Rohan is at Penneys in Newbridge, Co Kildare.

She told Pat Kenny: "It's quite a large Penneys, covering three floors.

"So the rules are: 100 customers are allowed in every hour by appointment only - you have to arrive 10 minutes beforehand, you have to start paying by a quarter to the hour at the latest.

"I have to say the enthusiasm here this morning has been really infectious".

"It was really weird, I didn't even know myself - it was so long since I was in a shop doing a big shopping spree.

"It was weird holding a shopping basket and not having it online - so exciting."

Another said: "It's more the novelty of it - I actually didn't need anything, not that you can tell from my bags.

"I just got some gym clothes, socks, make-up, tan - just the little bits".

While one shopper said: "I was in putting in my PIN code, and to be honest with you I had to think about my PIN code.

"I'm not used to using it now - because normally it's online and you just go in and pay.

"Normality is good for our heads."

Another said it was "absolutely fantastic, and hats off to everyone involved - it was so well organised.

"And it was really, really comfortable to get around the store; it was virtually empty so it was great.

"The security guard actually laughed at me - I said 'Oh my God, I'm home'". 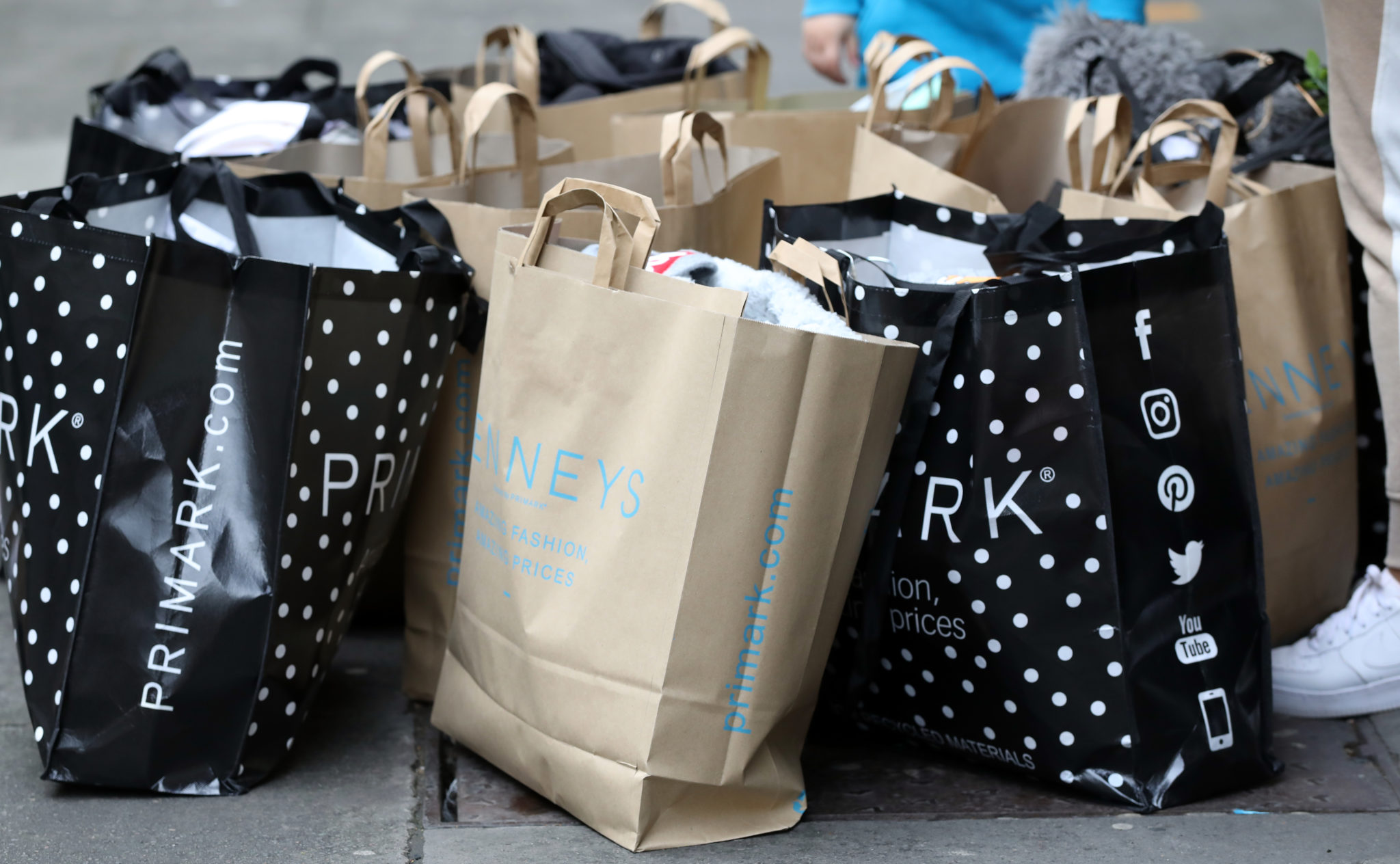 People with shopping bags outside a Penneys store on O'Connell Street in Dublin, on the first day of shops re-opening. Picture by: Leah Farrell/RollingNews.ie

Another woman, who is getting her vaccine later, said it was like winning the Lotto.

"Really a joy to get back in... and plus the fact I'm going to Punchestown to get my injection.

"It was a long, hard year for everyone - but to be able to come in here, get your few bits, go and get the injection it's such a thrill.

"I feel like crying, it's like you won the Lotto... so we're going up to get McDonald's now, so thank God for everything".

Other shoppers suggested shopping by appointment should be the new norm.

"I'd shop by appointment even after the pandemic, I think it's a great idea.

"It's so much easier, you're not dealing with loads of people at the one time.

"There's no queues, them queues when everything re-opened up the last time were chronic.

"And there was no need for them".

Main image: Queues of people outside a Penneys store on Mary Street in Dublin, on the first day of shops re-opening. Picture by: Leah Farrell/RollingNews.ie

Ireland's re-opening: What is happening and when