The scenes in Dublin City Centre over the weekend were “something to behold” but people still...

The scenes in Dublin City Centre over the weekend were “something to behold” but people still support public health guidelines, according to the Chief Medical Officer.

Dr Tony Holohan was speaking as 407 new COVID cases were announced this afternoon.

Last night, there were 93 coronavirus patients in hospital and 34 in ICU – down six and seven respectively on this day last week. 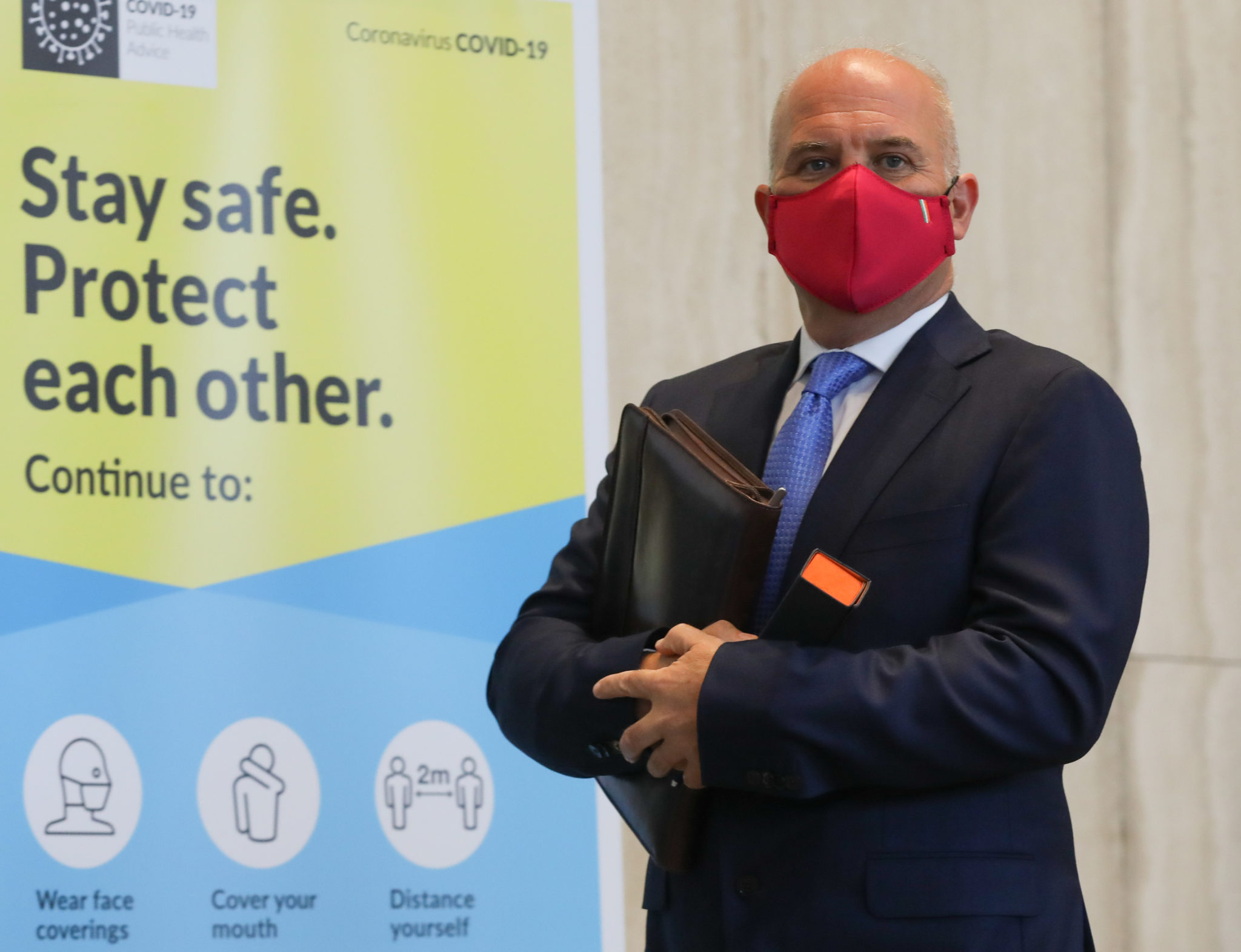 Over the weekend, Dr Holohan said he was “absolutely shocked” at the scenes in the South William Street, which he labelled a “major open-air party.”

He has since faced criticism because both NPHET and the Government have repeatedly encouraged people to enjoy an “outdoor summer.”

At the briefing this afternoon he said he was not making a ‘moral judgement’ with his tweet – and insisted officials could not have anticipated the size of the crowds that took to the streets.

“It really was something to behold,” he said.

“We could have easily anticipated that there would be crowds and that people would be tempted out by the good weather and the opportunity … that is kind of understandable.

“But simply the scale of it was something. I drove through the junction looking up South William Street and it looked like Jones’s Road on the day of an All-Ireland.

“So, it is not at all that we are surprised that we see some level of non-compliance - but the scale of it.

“I think if the council had set about organising an outdoor event, they couldn’t have squeezed more people into that confined arena – so that was the concern."

He noted that “if outdoor transmission was to take place, that is the kind of environment in which it would happen.”

“It was not a moral judgement,” he said. “We have to make judgements in relation to the science and the evidence in relation to what controls and dictates and shapes and facilitates transmission of the disease and that is what we were responding to.”

Asked whether NPHET was losing the public’s support, he said: “I don't think we've lost the public. I think the public is with us.”

“There will always be examples of non-compliance,” he said.

“People have been asked to limit themselves for 15 months. That has been a huge ask so it is small wonder people are frustrated.”

He said the figures have remained “remarkably stable” over recent weeks but warned that if people begin breaching guidelines before they are eased “it does put at risk the progress we are making as country.”

“If we can keep up the level of compliance we have at the moment, we think - and we have already advised the Government in relation to this – that if we find ourselves at the end of June staying in, broadly speaking, the same stable situation, many more measures of the kind we all want to see will be available to us in July,” he said.

On The Hard Shoulder earlier in the week, the Tánaiste Leo Varadkar said it was important not to overreact to the images from Dublin over the weekend.