The Chief Medical Officer has strongly criticised what he says was a "major open-air party" in Du...

The Chief Medical Officer has strongly criticised what he says was a "major open-air party" in Dublin city centre last night.

Large crowds were gathered in the South William Street area drinking and socialising from early in the evening.

Dr Tony Holohan says he was "absolutely shocked" by the scenes and said that it's not what the country needs given the progress that has been made in fighting the virus.

"Drove into Dublin City Centre to collect someone from work at 8.15 PM," he wrote on Twitter.

"This is what we do not need when we have made so much progress."

Videos circulated on social media showed large crowds gathered outside across the city on Saturday night as people took advantage of the good weather.

Four people were arrested in Dublin city centre yesterday evening, with Gardaí saying the arrests for public order offences were made on South William Street.

They say officers from the Public Order Unit and the Dog Unit dispersed the crowd from the area, along with crowds in Temple Bar and St Stephen's Green. 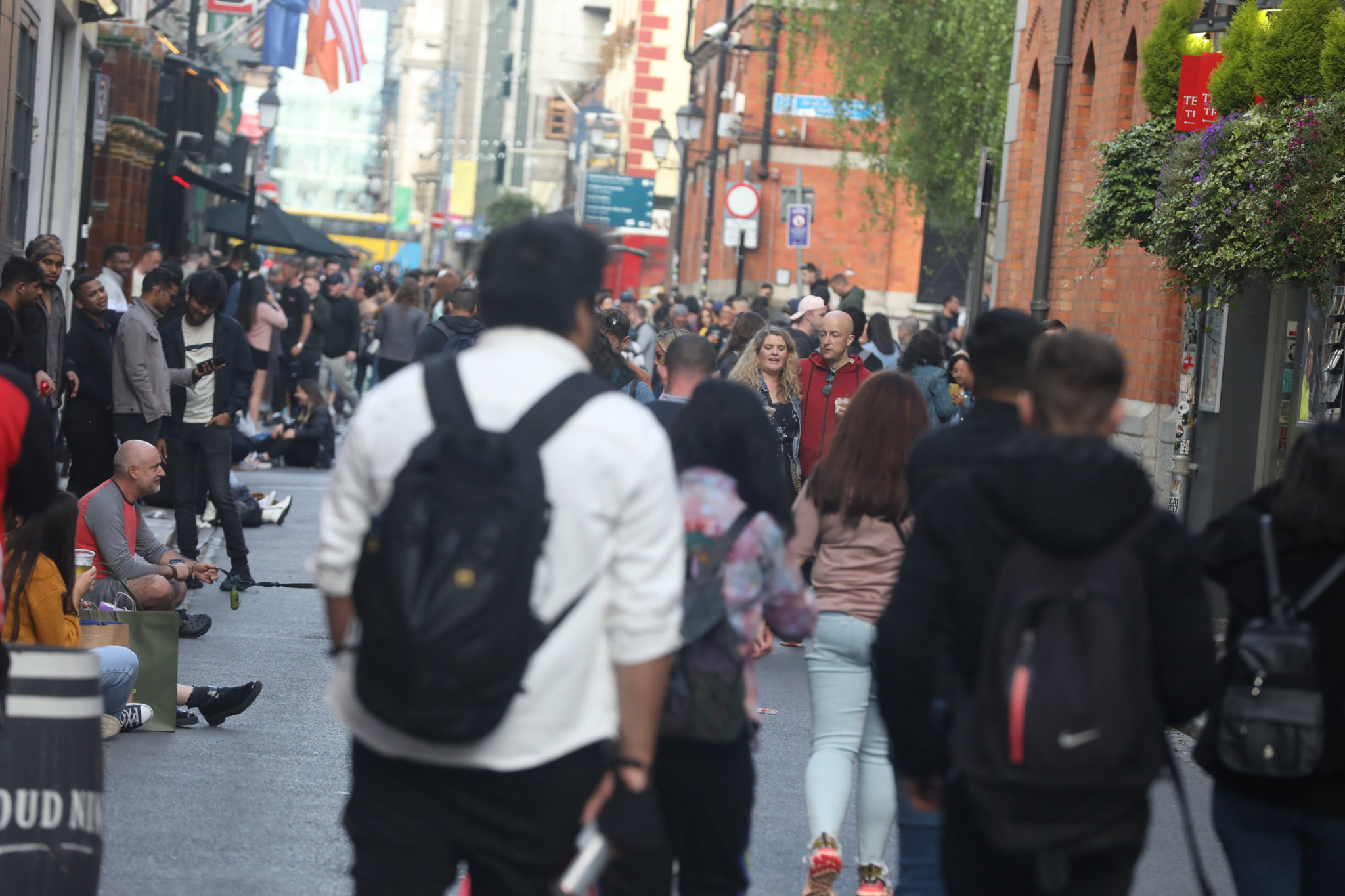 In a message this morning, the CEO of the HSE said that we need to trust others to do the right thing when it comes to reducing the spread of the virus.

"Let's not forget, it has been the Irish people, young and old, who have got us to be in a much better place with COVID-19," Paul Reid said.

"So many sacrifices have been made. There's still many risks to be protected against, but let's not lose trust in people doing the right thing."

Speaking to Newstalk Breakfast with Susan Keogh, Kingston Mills, Professor of Experimental Immunology at Trinity College Dublin, said the number of coronavirus cases in Ireland is still at a worrying level.

"I can understand people are fed up with the lockdown and it's been a long time now so it's understandable that people want to get out and socialise," he said.

"Having said that, I think the number of cases we're still seeing every day is relatively high at 400 to 500 and inevitably when restrictions ease and people are in contact those numbers are going to go up again and that's worrying.

"The good thing is that the number of hospitalisations and deaths have come right down thanks to vaccines in the older population.

"We haven't given any vaccines to anyone under 40 apart from healthcare workers and people with medical conditions and that's a problem and transmission is still going to occur in that age group."

Professor Mills added that he did not want to advocate that we remain in lockdown forever but said the easing of restrictions has to be gradual.

"Getting people back to work is the first priority, international travel would be nice but it can only happen when two things are in place, which is the Green Certificate coming from the EU...and the testing repeatedly before and after," he said.

"The rapid antigen testing has to be taken more seriously, I was on the group that recommended this to the Minister and it's been slow to get traction within the HSE and the Department of Health."

The immunology expert said we don't know how many cases of the so-called Indian variant are circulating here as the virus needs to be sequenced in order to figure out which strain is present.

"A relatively small number of samples are sequenced, so when we hear there are 100 plus cases that could be a factor greater because they haven't been sequenced," he explained.

"What's happening in the UK is it's becoming the dominant variant, pushing out the Kent variant because it's more transmissible so without a shadow of a doubt, it's going to become the dominant virus in the UK within a matter of weeks.

"And then with open borders with the UK, it's going to be very difficult unless  we put in proper travel restrictions with the UK, that it'll inevitably dominate in Ireland in a few weeks or months' time."