The population has increased by 34,000 people over the last year - bringing the total to more tha...

The population has increased by 34,000 people over the last year - bringing the total to more than five million.

It's the first time it's passed that mark since the 1851 census - the era of the Great Famine in Ireland.

New CSO figures show more births than deaths in the year to April.

The number of Irish nationals returning over the last year is the highest since 2007.

In total, 645,500 non-Irish nationals are resident in Ireland, amounting to about 12.9% of the population. 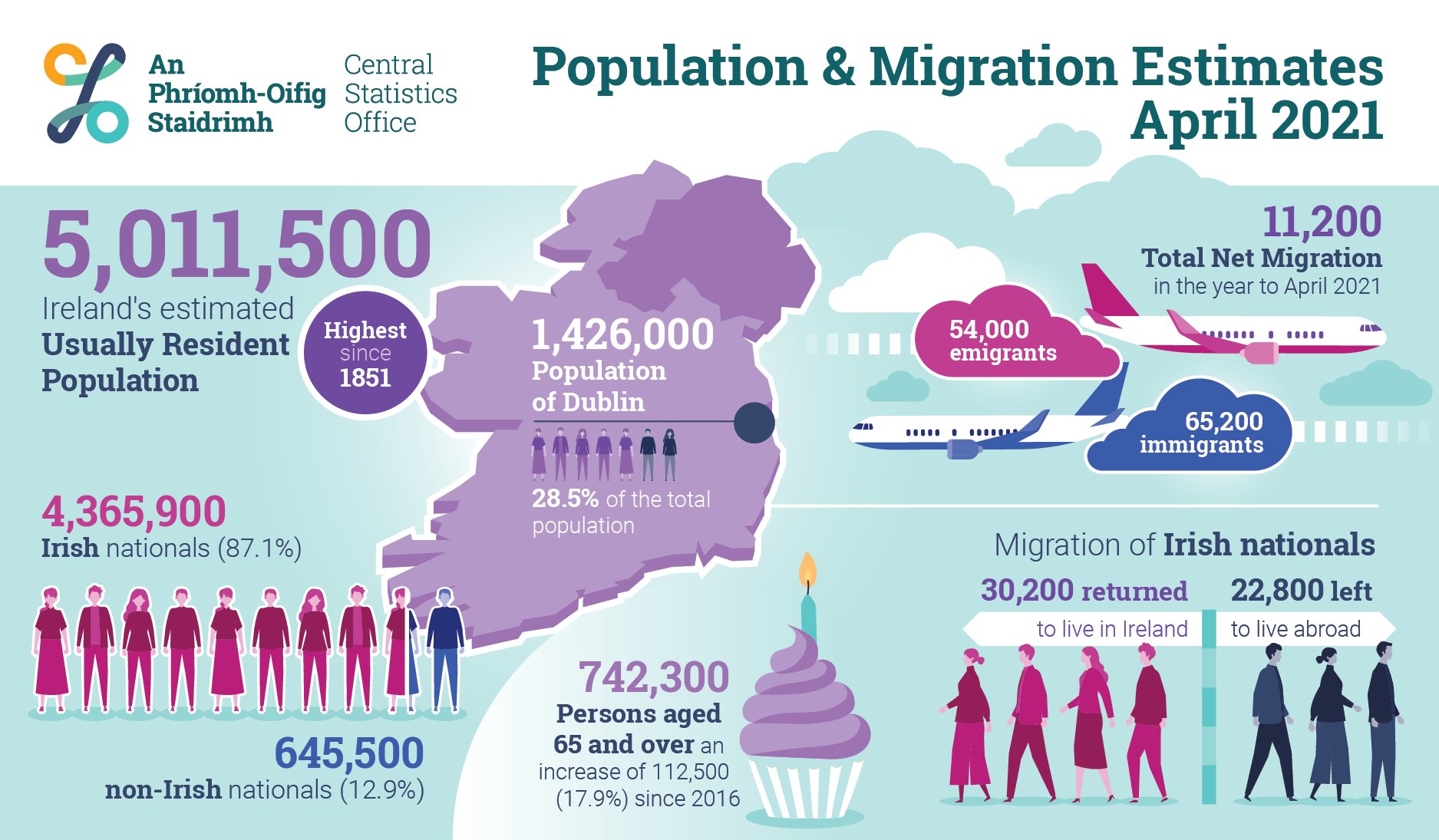 Dublin, meanwhile, has a population of 1.43 million people - 28.5% of the country’s total population.

The CSO notes the figures reflects the 12 months up to April 2021 - meaning they reflect “some of the demographic and social impacts” of the pandemic.

He explained: “There’s a long, entrenched phenomenon in Ireland - that we have two-way flows in terms of migration.

“What you’re probably finding is that there are more families where older teenagers or people in their 20s who would normally have gone abroad are still at home.”

Previous projections from the CSO have indicated Ireland's population could rise as high as 6.6 million by 2051.